Kaplan says Ototo is designed as a casual environment to drink sake and eat snacks.

"In Japan, when you're drinking, you are eating something. It's not often you're drinking just alcohol by itself. So having a menu seemed really appropriate. But it's definitely a smaller, more casual menu," she says. 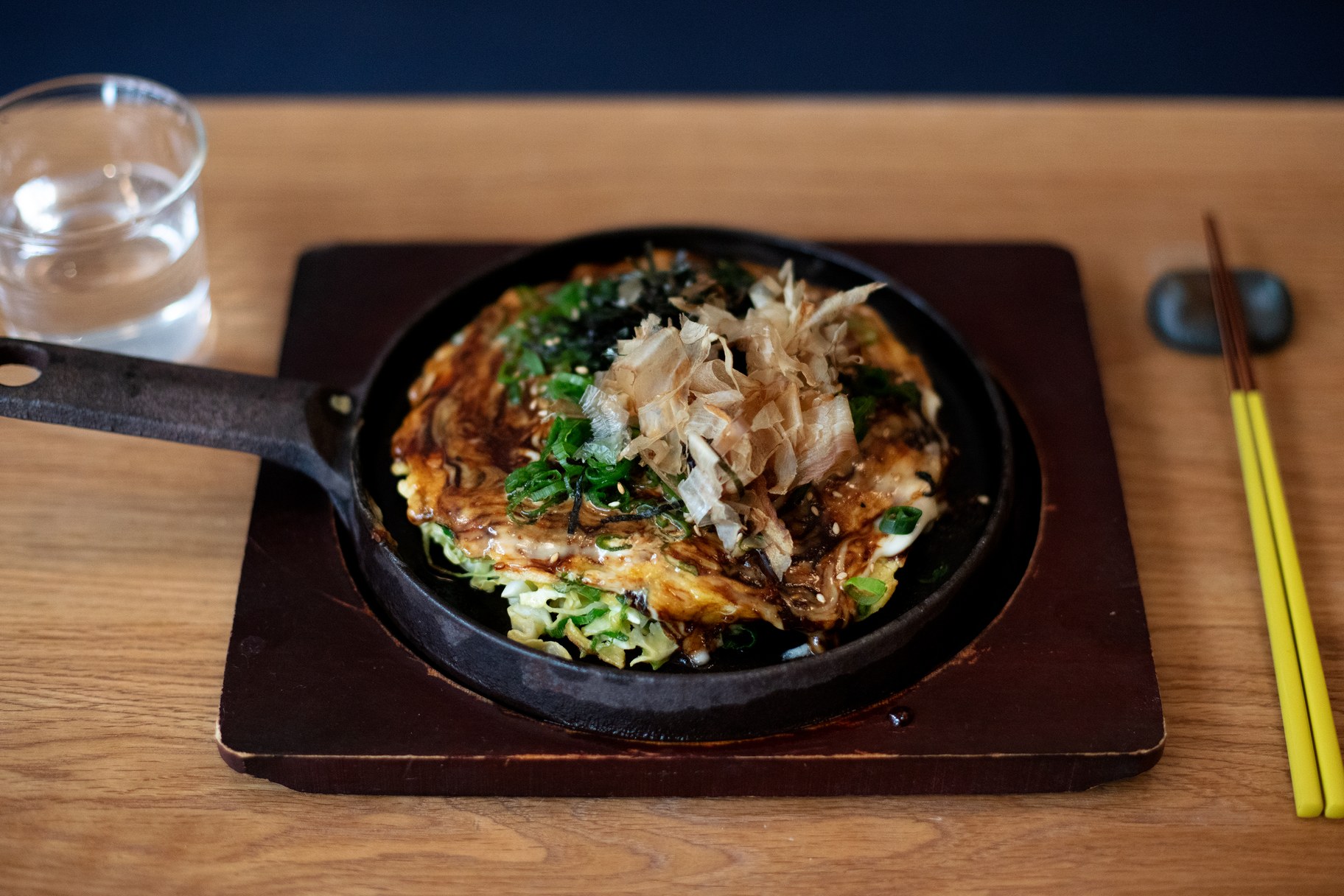 Kaplan says she’s excited about their okonomiyaki, a savory Japanese cabbage pancake that arrives dressed in kewpie mayo and bonito flakes still quivering from the heat. Other classic Japanese drinking foods abound: karaage, fried hunks of marinated chicken, and kaki fry, or panko-fried oysters. There are less meaty options too, like the miso-grilled eggplant with shiso called nasu dengaku.

How sake is made 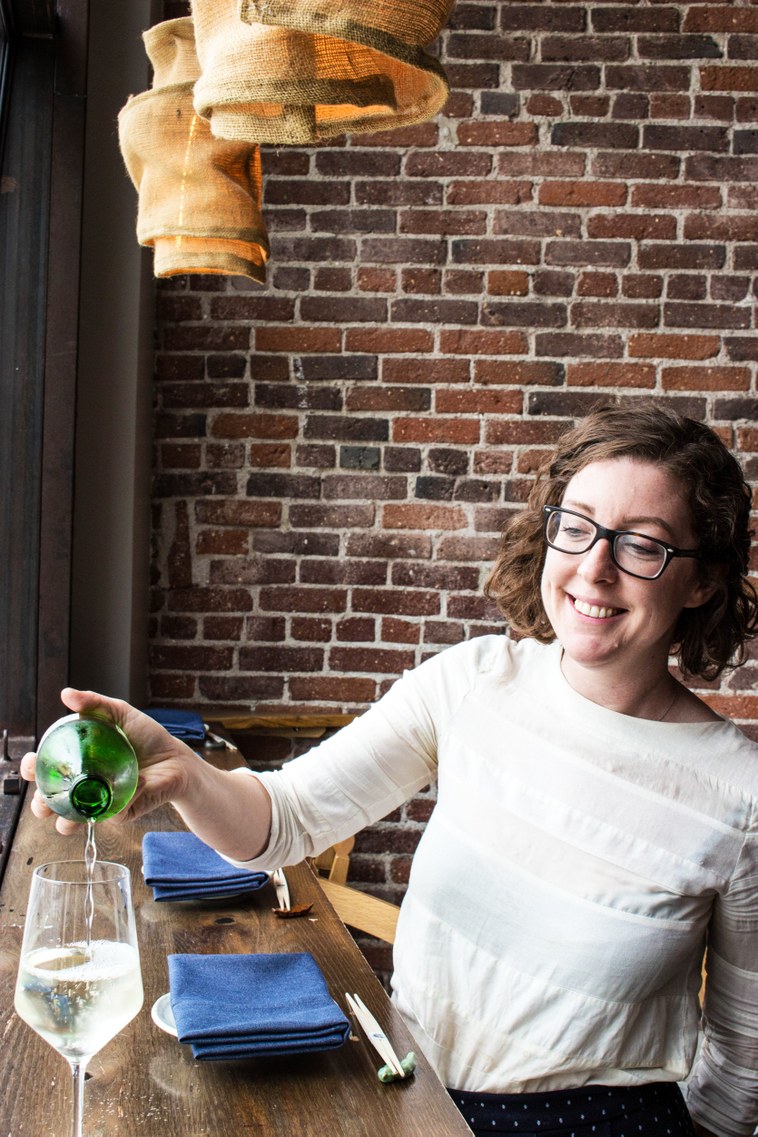 Kaplan says making sake is a long and complicated process. It begins with using sake rice, which has a larger and starchier center than table rice. The exterior husks (which contain a lot of fats and proteins) are polished away, then the rice is steamed. Some of the rice gets inoculates with kogi, a fungus that turns the starch into sugar to help with fermentation.

All of that is combined with more rice, water, and yeast. The process is called multiple parallel fermentation. "The yeast is turning the sugar into alcohol at the same time that the kogi is turning more starch into sugar. It's the only beverage in the world that's made this way, where two fermentations [are] happening at the same time in the same tank," she says. 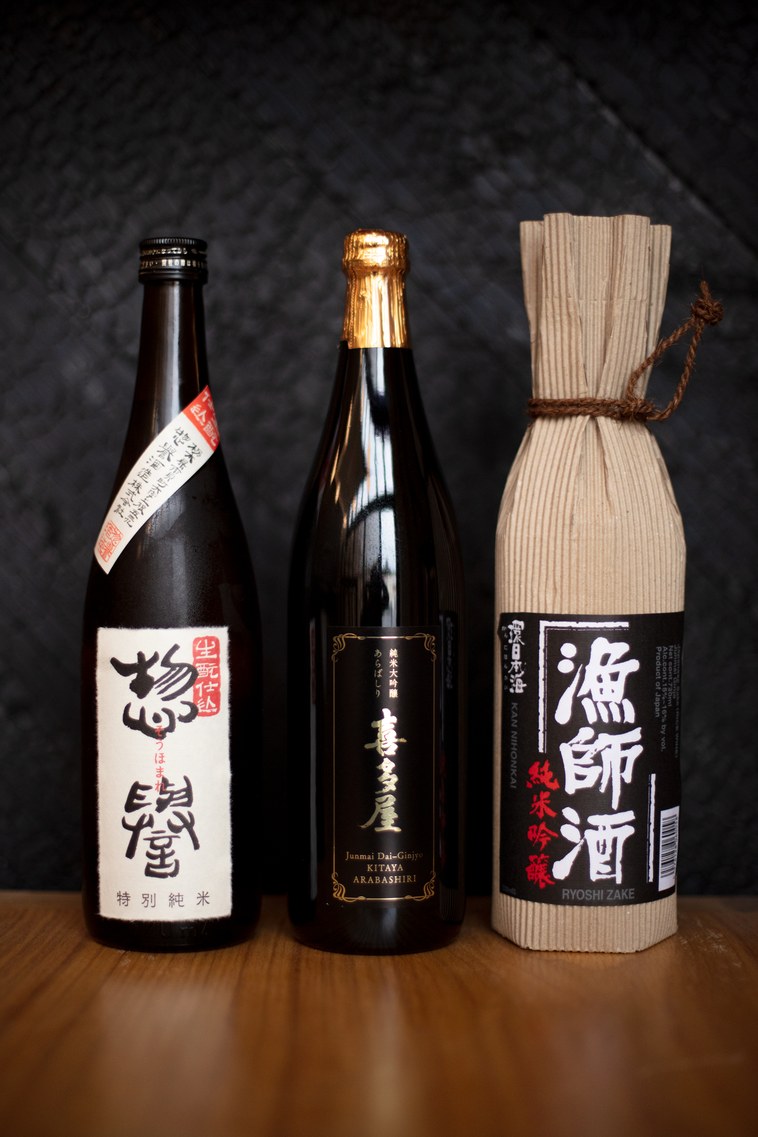 Kaplan notes that there are many different varieties of sake rice, and recently, there's been growing interest in using heirloom rice.

Also, more polishing produces cleaner and elegant flavors, whereas leaving on more of the exterior husk could make the taste "more rustic, a little more rough around the edges," she says. 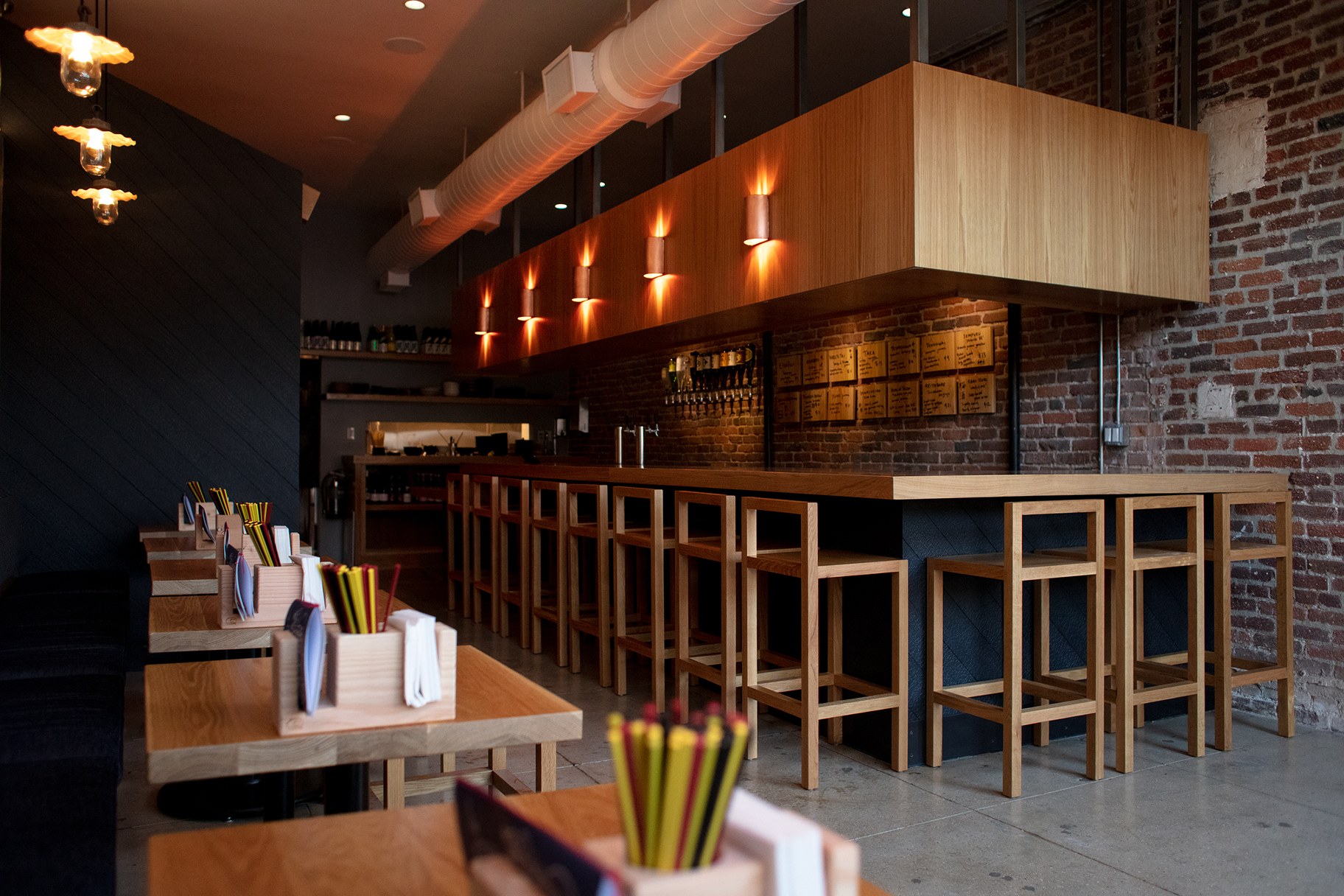 Sake used to be almost always served hot. But in the 1980s, LA began to see the rise of cold sake, especially at sushi bars that were multiplying across the city.

"If I'm drinking a heavily polished, really aromatic, elegant Daiginjo, I'm probably not going to want to warm it up because we're going to lose a lot of those aromatics and sort of the soft touch of the sake," Kaplan says. "But if I'm drinking a pretty rustic, umami-rich, kind of old-fashioned style of sake that's really hearty, sometimes warming it up really helps the flavors to shine more, whereas drinking it cold straight from the fridge, everything gets a little bit muted."

Still, she understands why there’s been a backlash against hot sake, particularly among drinkers who've only been served it at higher temperatures, mainly to mask the poor quality. "And they've been completely turned off to it. But if you're drinking really high quality sake and warming it up properly in a water bath really gently, not blasting it, [it] can be a really, really delicious experience."

What Creole chef Leah Chase meant to the world

She was the Queen of Creole, and a friend to civil rights leaders and U.S. presidents. Leah Chase passed away June 1, 2019 at the age of 96.

Pulitzer Prize-winning author Rick Bragg has written a memoir about his Southern upbringing . Growing up in Possum Trot, Alabama, Bragg’s palate was irrevocably shaped by...

How Filipino bartenders shaped the origins of the Tiki bar

Tiki bars are arguably making a comeback these days. For many, these bars represent innocent nostalgia—an escape to an exotic, tropical past.

Chef Brandon Go recently turned heads when he earned his first Michelin star only a year and a half after opening Hayato at the Row DTLA .

California king salmon, or chinook, is back in season. This week Gillian Ferguson talks about the prized fish with Max Dornbush , a buyer with Gjelina Restaurant Group...