Lien Ta: How almost losing my restaurants pushed me to care about politics Lien Ta, founder of LA restaurants Here’s Looking at You and All Day Baby, reflects on why business trouble caused by COVID shutdowns helped her to discover an interest in politics. Courtesy of Lien Ta

Before COVID-19, I was the furthest thing from political. When it came to voting, I was apathetic. While I was smart enough to know that my vote mattered, it was still hard to feel like it did.

I just didn't know enough about it. I was work-obsessed, overtaken by the burden of keeping two restaurants alive, I couldn't find time to prioritize the massive undertaking of educating myself on politics. Voting for the President was something that I did in earnest, but casually. The activity came around far less frequently than most things I was committed to.

It's safe to say I wasn't familiar with my local government either — until it seemed like I needed them.

I own two small restaurants called Here's Looking At You and All Day Baby. Both were mandated to close effective March 16, 2020 in response to the novel coronavirus. Suddenly, I was responsible for stripping away 100 jobs. Suddenly, I was at risk of losing everything.

Within 24 hours, restaurant peers all over the city began to unite in the form of a mass email and a call to discuss our chances of survival. I remember replying to the group, cc'ing additional chefs and restaurateurs, asking the group to write their respective councilperson that night. There was an LA City Council meeting scheduled the following morning to vote on a motion to apply a moratorium on evictions and utilities shut-off for failure to pay due to lack of business. I searched for and listed direct email addresses of a few known council people, a sample draft email encouraging support of the motion, and I tried to convince my peers that their councilperson needed to wake up to a lot of emails from all of us in order to do right by us. And all the while I was uncertain myself if my letter, or any of our letters, would make a difference.

Later a longer letter, drafted by members of what would become a Los Angeles coalition of restaurants, would be sent to Governor Gavin Newsom, a former restaurateur himself, explaining what could help us withstand the pandemic. The biggest item was and still is: the call for abatement of rent.

Would the Governor read the letter, I wondered? I wasn't even sure how the letter would actually arrive in his hands. 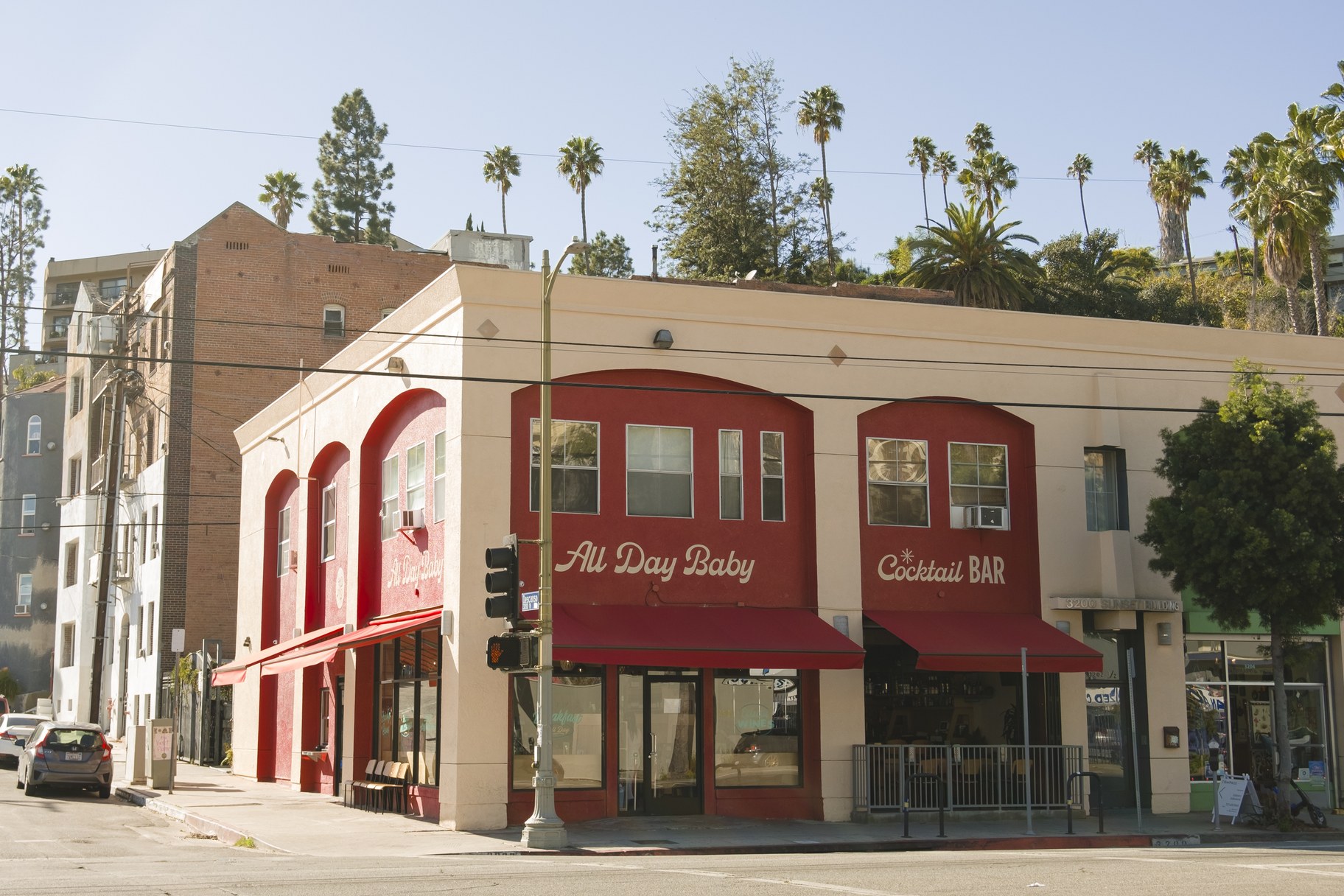 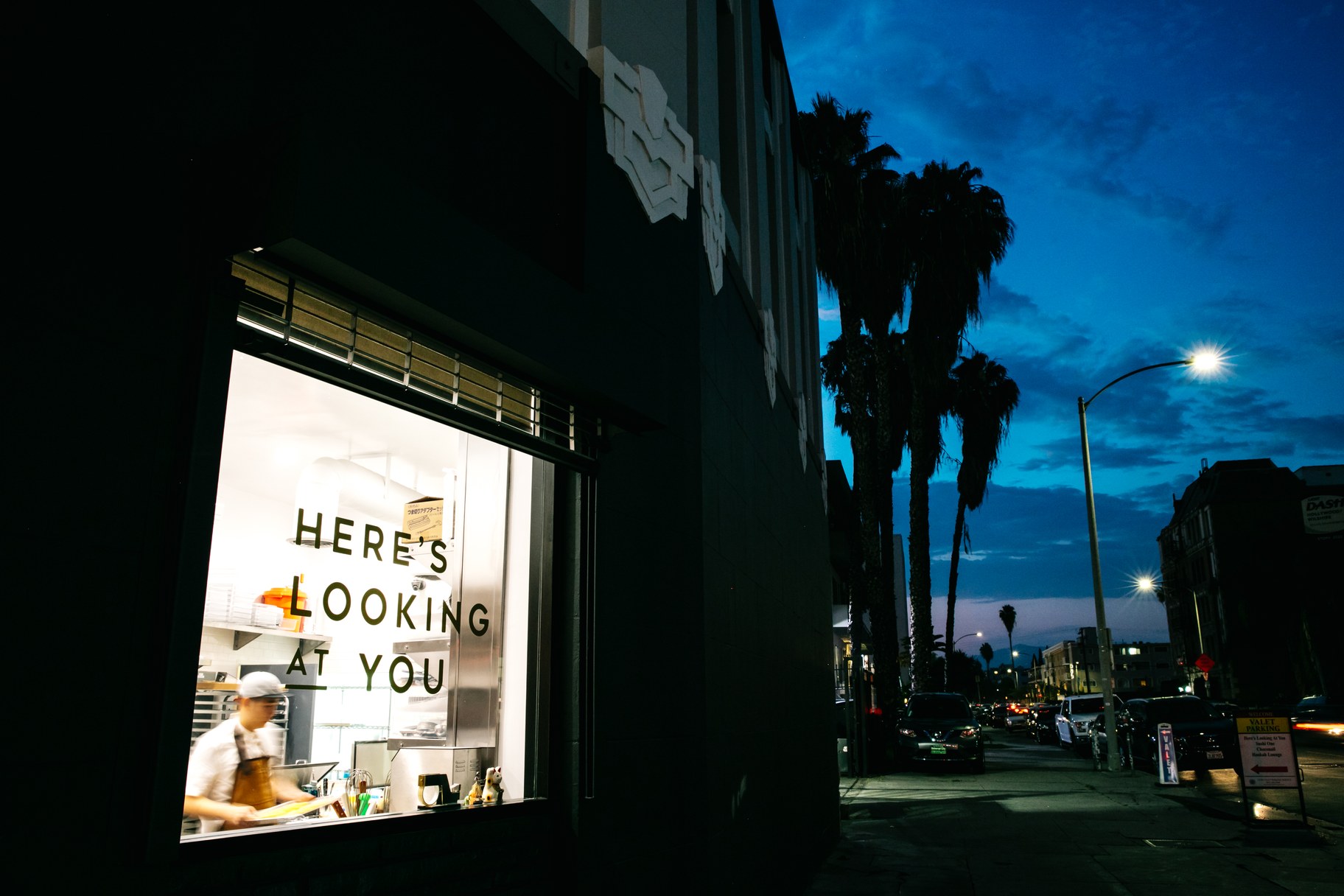 A week would pass before I would muster up the courage (and time) to write a personal letter to Mayor Eric Garcetti. I remember its length, comparable to this essay. I remember being frank about the status of the restaurants' two bank accounts. I shared that I needed $50,000 in order to cover payroll that week, and I had $30,000 in sales tax due that day. I thanked him for following suit with the State's allowance to enable restaurants to sell cocktails to-go (the City needed to sign off, too, in order for it to become "law").

The Mayor used to dine at Here's Looking At You for family dinners, date nights and business meetings. And that's what I told his security personnel in the driveway of his home, when I strolled up to the house and asked if they would please give my letter to the Mayor. In the letter, I discussed the need for his Executive Order for rent abatement. (I had learned that a Mayor's Executive Order was his power move, and it would save us so much bureaucratic time.) I let him know that we needed true relief aid, not in the form of a micro loan. And I told him this: "The root of what 'restaurant' means is to 'restore.' We want to get back to restoring others. But first, we need the city, the state and the nation to step up and help to restore us."

He wrote me back. That night. We're Instagram friends, lol. I had successfully reached him, and he was listening to me. But of course, I wondered: What are you going to DO? 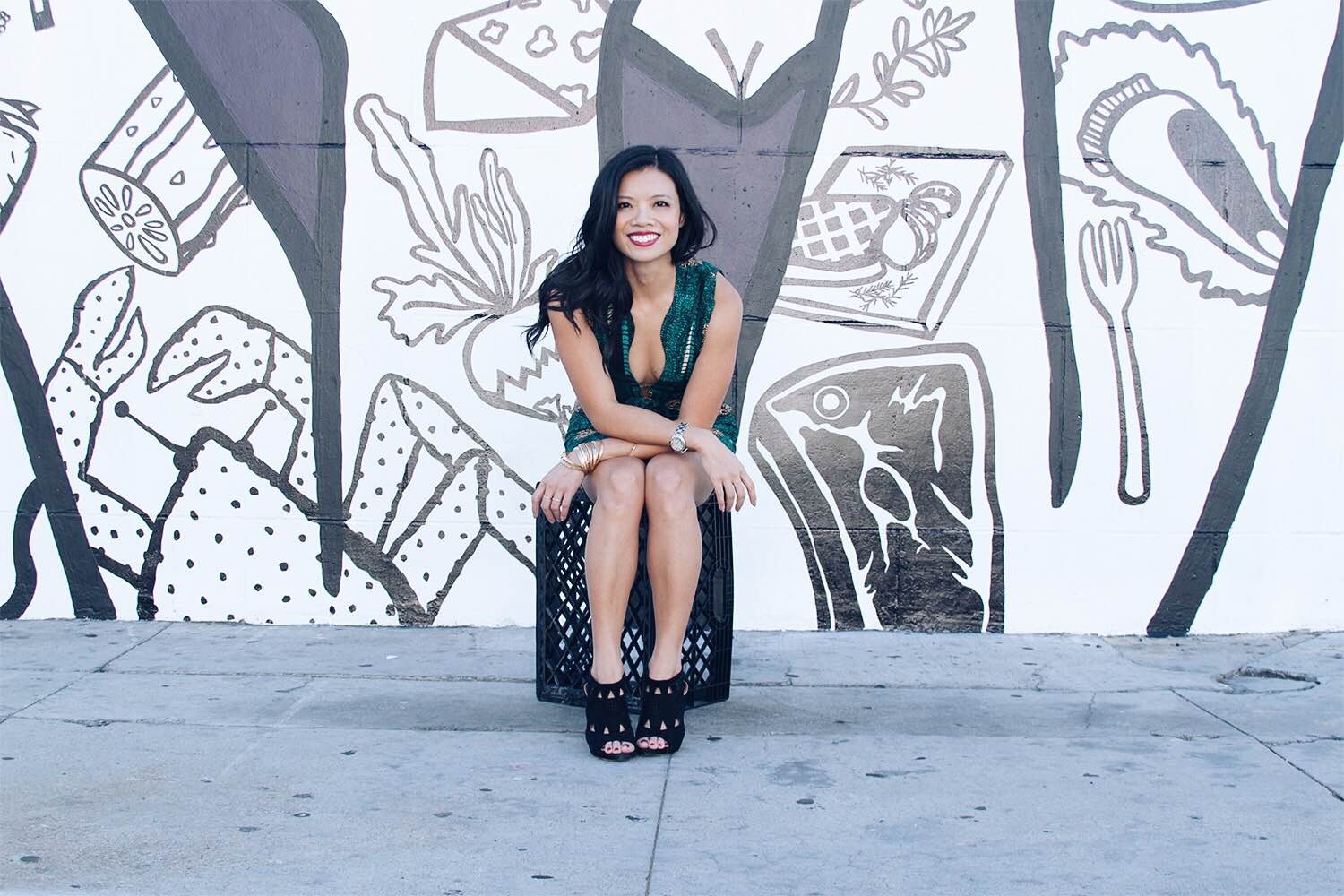 I invested more time in writing letters to my two councilmen (I only ever received responses from one). I would listen in on eight-hour-long calls in hopes of leaving public comment on issues that would severely help or handicap our businesses. I wondered how did these elected officials come up with these ideas in the first place? Someone was feeding them these ideas, that's how. You have to appreciate that they were trying to help. But perhaps they needed better stories.

In April, I was desperately trying to navigate the PPP loan process. In May, I rushed to spend all the money within eight weeks like I was supposed to. I followed the virus closely, and it bewildered all of us when Governor Newsom allowed for indoor dining to resume on a seeming whim. It was, evidently, based on what the Los Angeles County Health Department said we were ready for. I learned that the County would supersede the City on certain levels. A lot of dining rooms reopened, despite the fact that the Health Department wouldn't deliver new regulations for restaurants until six hours after the news release. The information was never emailed to any of us. But restaurants were later blamed for not being "up to code" and for spreading the virus further.

I elected to never reopen our two dining rooms, a collective decision that my staff and I came to. We resumed takeout and middling sales. A month later, the Governor would backtrack and close indoor dining rooms again. I knew that the order would inevitably affect even our outdoor-dining efforts, so I cancelled a planned oyster event at Here's Looking At You, and frantically tried to return a bunch of oysters to Morro Bay. A week later, HLAY would close its doors indefinitely. 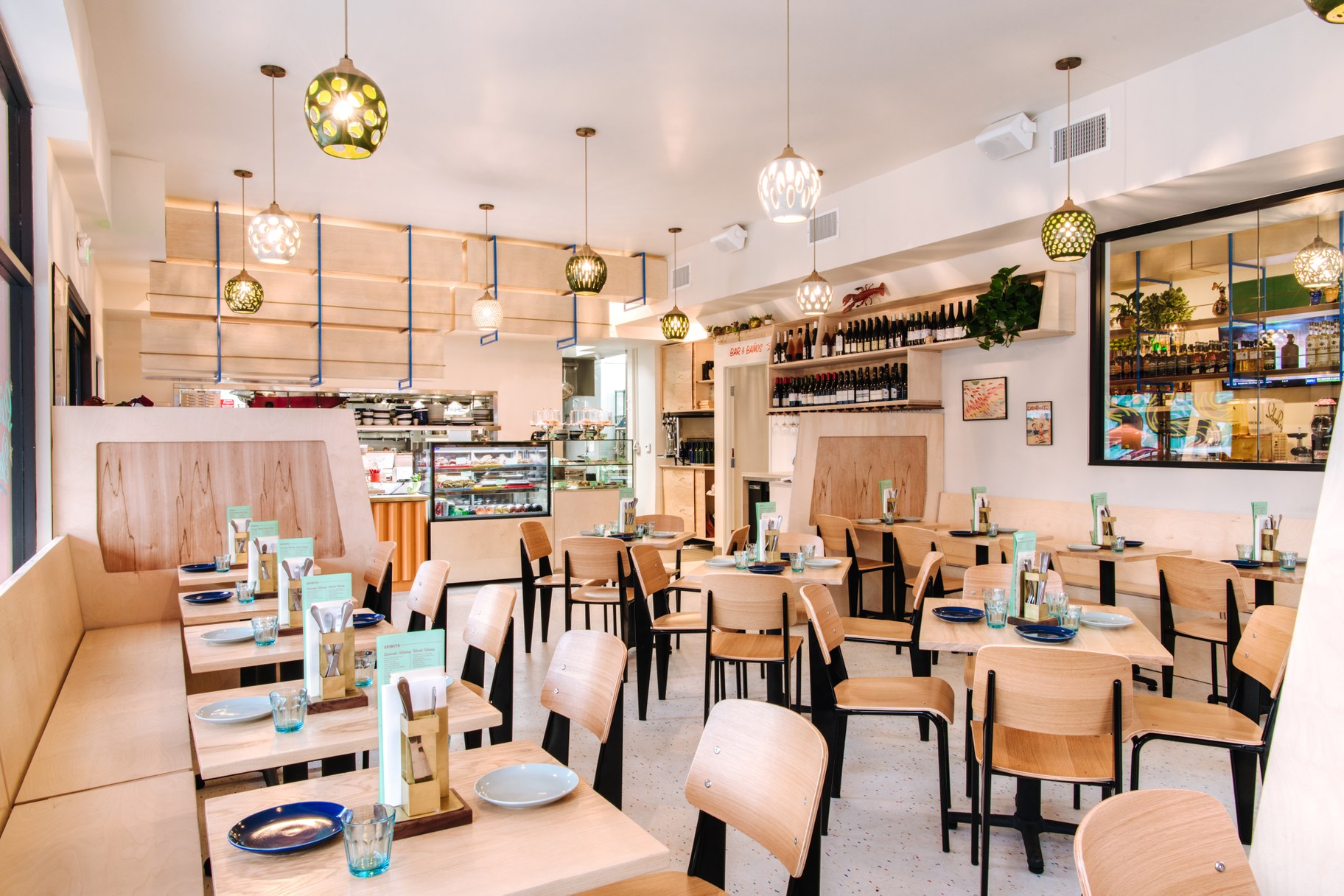 During that seesaw journey, a Senate Bill called SB939 surfaced, which was pitched by a Senator in Northern California.

This bill would help commercial tenants walk away from their leases without penalty. Of course, most of us were trying to save our businesses and not give up. The bill wasn't perfect, but the intention of the bill was to force landlords to engage in renegotiations with tenants desperate for a COVID-19 edit to their rent obligations.

I encouraged my restaurant peers to write their Senators to support this bill. Knowing my fellow restaurateurs were busy trying to save their businesses, I supplied a sample letter. I would learn that the bill would need to surpass a few hurdles: First, the Senate Judiciary Committee (it did!), then the Appropriations Committee. It would later get killed en route to the Suspense File when property owners came guns a-blazing.

I full-tilt pivoted my advocacy energy to the RESTAURANTS Act. With the leadership of Eddie Navarrette of the Independent Hospitality Coalition, I joined dozens of Zoom meetings alongside other restaurateurs. We needed to rally support for the $120 billion stabilization fund for small restaurants. It needed votes, but elected officials needed to be made aware of the bill in the first place. And they needed to hear our personal stories.

I'm in California, so it made sense to start there. In a short time, I met with Senator Connie Leyva, Senator Maria Elena Durazo, House Representative Maxine Waters' team, and attempted to reach all of our local officials, too. Councilman Mitch O'Farrell of District 13 (where All Day Baby is located) listened intently. I met Councilwoman Monica Rodriguez of District 7 in a more unique way, and she would visit me at All Day Baby the following day and purchased every single pie we had left. When Councilman Herb Wesson of District 10 committed to a Zoom date with us, I spent the better part of a day off finding fellow restaurateurs in CD10 (where Here's Looking At You is located) to join me. Daniel Patterson of Alta Adams was in. Genet Agonafer of Meals By Genet was in. Bricia Lopez of Guelaguetza was in. My friend Jeff Jun of Jun Won was too busy closing his restaurant that week to join us, but the owner of Park's BBQ was willing. 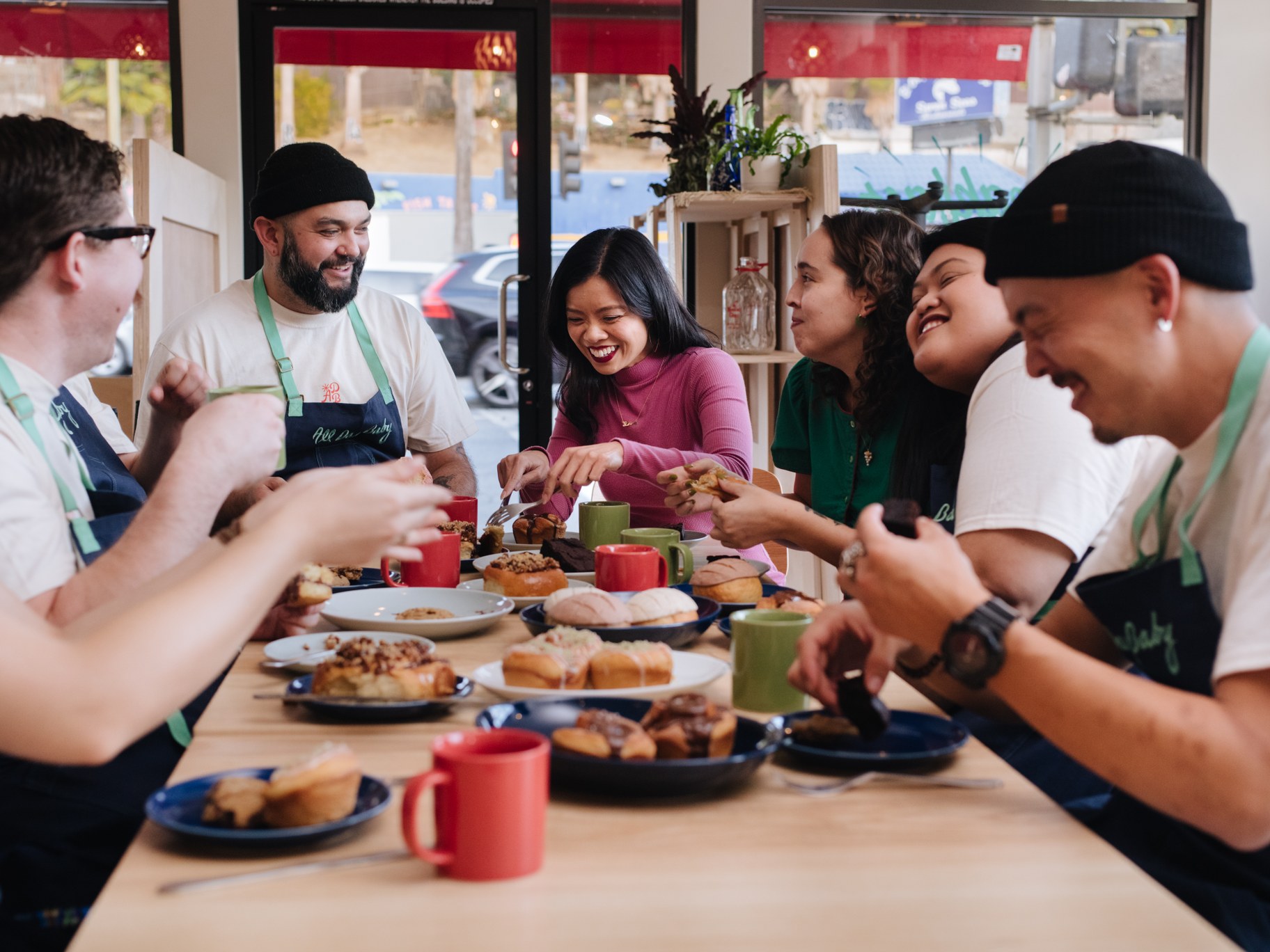 Unrelated to all of the above work, I was asked to be a part of the Democratic National Convention in a small way: A video in which Mayor Eric Garcetti would interview me as a small business owner impacted by the pandemic.The video, which would feature other U.S. elected officials alongside other struggling small business owners, would air on the same night as the speeches of Barack Obama, Hillary Clinton, and Vice Presidential nominee Kamala Harris. And the entire point of it was to express support for Presidential candidate Joe Biden.

Of course, I still wonder if Joe himself heard what I said during his convention. And more importantly, is he, or anyone else with that kind of a job, going to do something about it?

In a recent LA Times article, I read this quote from Assemblywoman Buffy Wicks of Oakland, who now famously was forced to bring her newborn baby to work in order to vote. She said: “I love being a legislator. You can hear about something on the radio that you care about and say, ‘I can do a bill.’ You can have a significant meaning in people’s lives.”

Hearing that, I'm encouraged to keep sharing our stories. We've got to capture their attention. We've got to inspire them to care about us. It is, literally, their job to listen to us. And to do something to help. 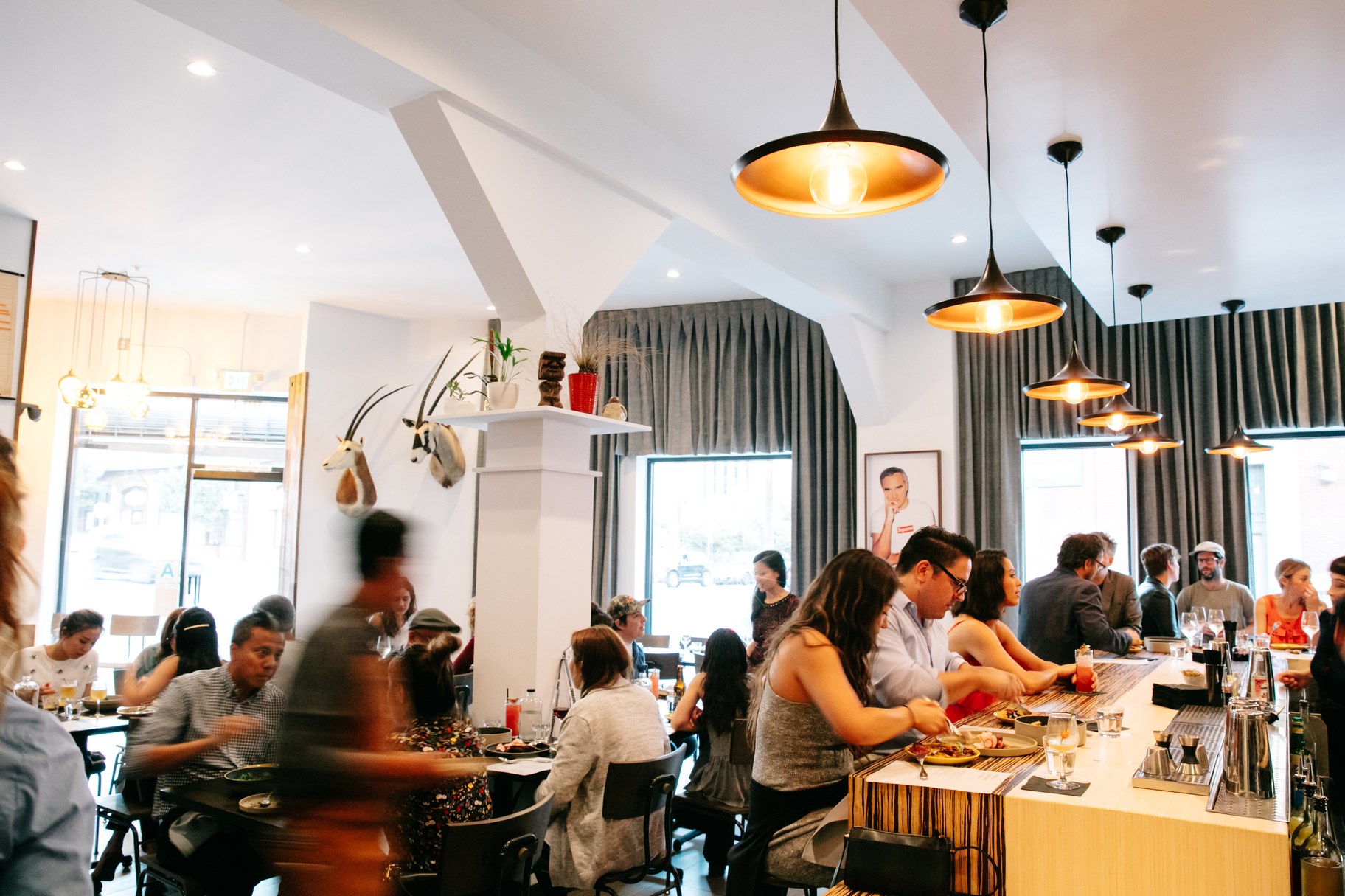