Grammy nominated rapper Nipsey Hussle was shot and killed Sunday outside his clothing store in South LA. Fans say Nipsey invested in his community, spoke out about gun violence and supported mom-and-pop restaurants. One of them was Mr. Fries Man, a business run by Craig Batiste that specializes in tasty, made-to-order fries. After Nipsey posted a photo of his loaded fries on Instagram one night, the customers started rolling in. Here’s KCRW reporter David Weinberg’s 2016 feature of Mr. Fries Man. Mr. Fries Man has since moved out of Batiste’s home kitchen and into a permanent brick-and-mortar space in Gardena. 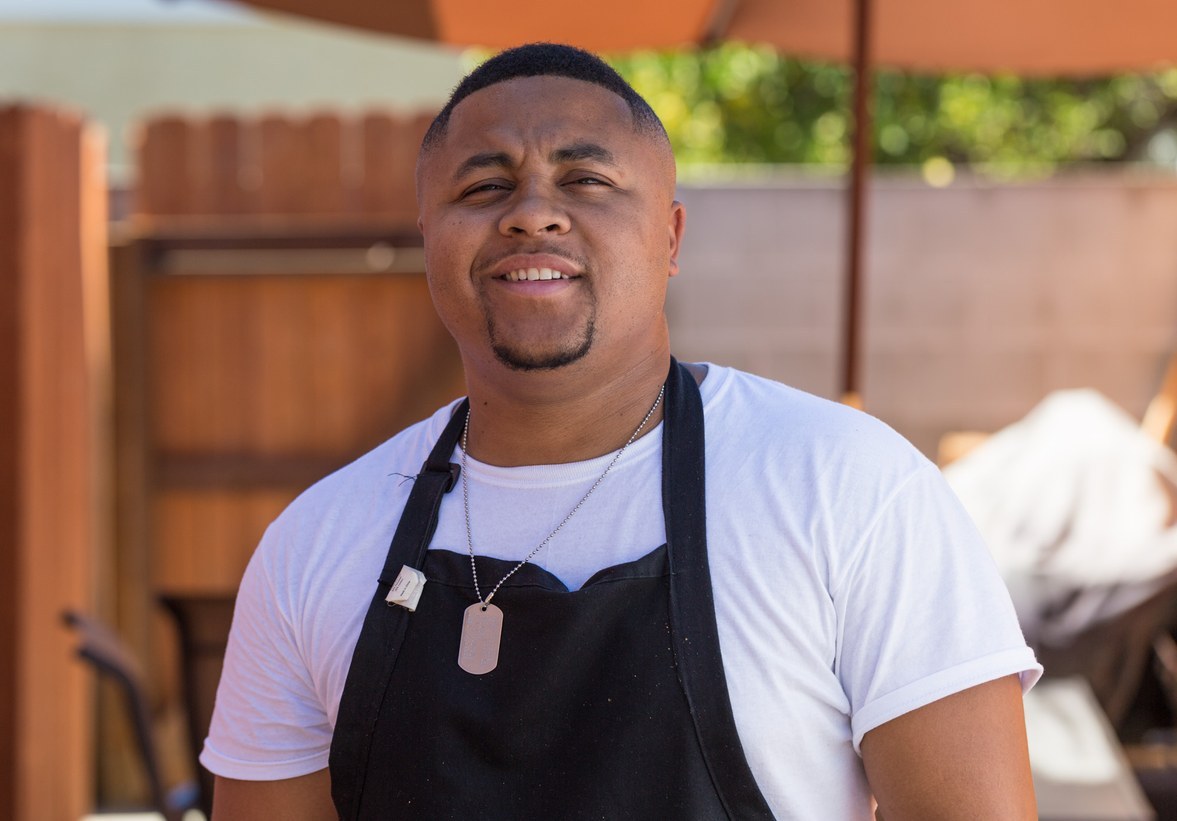 Mr. Fries Man, Behind the pastry case at République, ‘Indian-ish’

Grammy nominated rapper Nipsey Hussle was shot and killed Sunday outside his clothing store in South LA. Fans say Nipsey invested in his community, spoke out about gun...

When you enter the beautiful tiled courtyard of République on South La Brea in Central LA, it’s good to thank Charlie Chaplin, the man who built the place, for his...

At the Santa Monica Farmers Market this week, we talk about cooking with honey with beekeeper Rose Renni from Energy Bee Farm and owner of The Gourmandise School ,...

Duck terrine, blue crab simplissime , vanilla souffle. These are some of the French delicacies that LA Times restaurant critic Bill Addison recommends you try at...

Now for a visit to Nebraska, which is struggling to recover from last month’s heavy rainfall and record-high river levels. The devastation from the floods is so widespread,...

Food writer Priya Krishna has dined and hobnobbed with an enviable list of culinary jetsetters.