Seaweed has been referred to as the new kale, and has been fashionably floating onto restaurant menus everywhere. It may be as much of a superfood as blueberries and chia seeds.

A trio of Northern California women is harvesting this vegetable from the ocean: Avery Resor, Catherine O’Hare, and Tessa Emmer of Salt Point Seaweed. 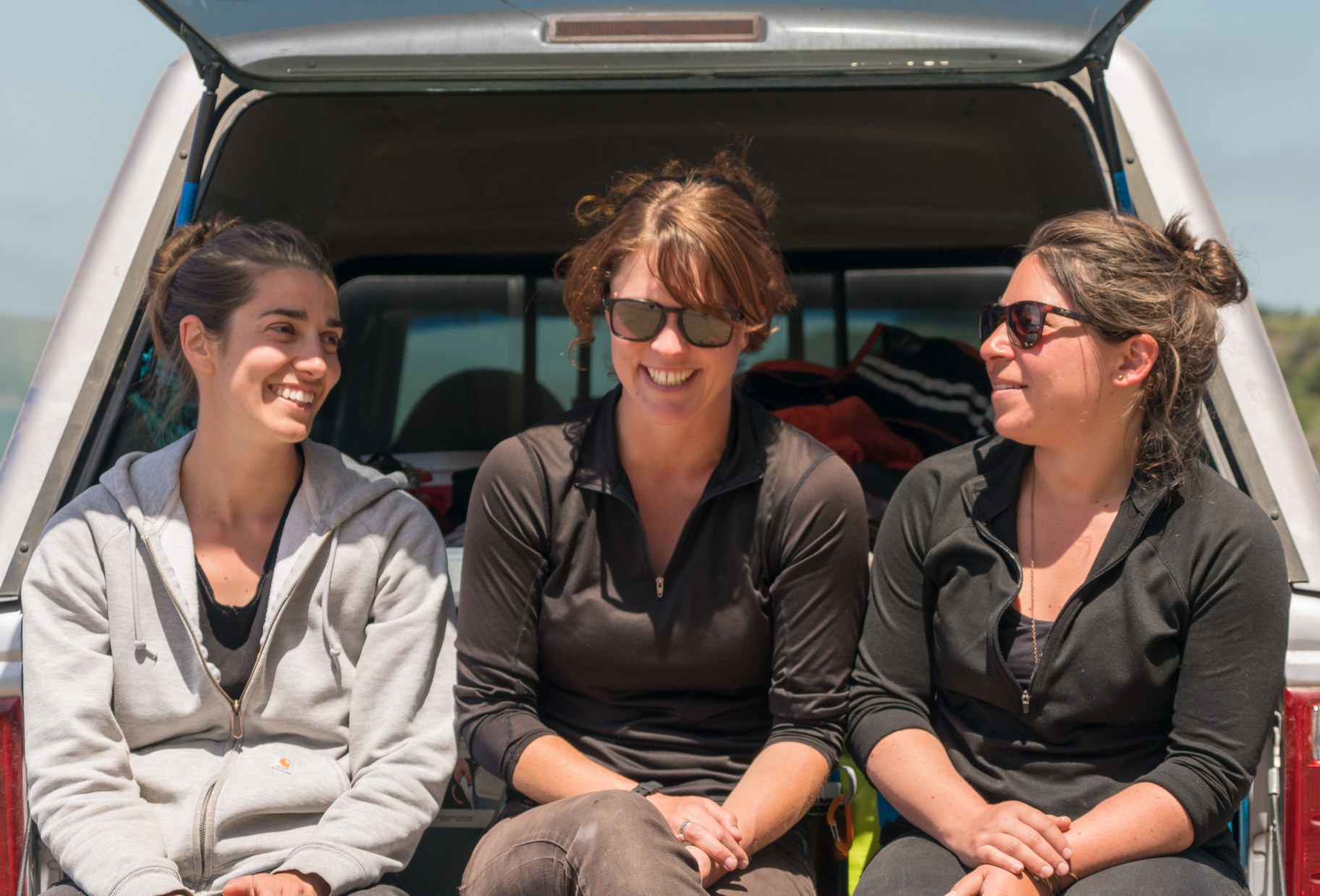 Resor and O’Hare tell Good Food that they harvest two types of seaweed: kombu and wakame.

“The California kombu that we harvest… is a thicker seaweed than the California wakame that we harvest. And that makes it especially good for cooking in dishes that need to cook for a long time, so things like soaking with beans, or cooking with rice, or stews or broths or stocks, kombu is really a delicious addition,” says Resor. “Whereas wakame is better either blanched quickly and made into a nice salad, or added later in the cooking process to soups.”

The women also educate people on how to incorporate seaweed into what they already cook.

“There are some that are really easy to incorporate. Like kombu, I throw in any beans or grains or soup that I'm cooking. It is a unique thing to be bringing to our local community,” says O’Hare.

Kombu is like sea salt in a different form. “It adds that salt and has iodine.  And in addition, it has the umami flavor, so the fifth flavor. And that just adds a special depth to stocks or soups that is hard to get elsewhere,” says Resor.

How they got into the seaweed business

O’Hare says she grew up next to the ocean in Southern California, then was a biology major in college, and worked on vegetable farms.

“So I've been interested in food. And then landing in the Bay Area, and being close to this resource… there's this local source of abundant seaweed that we can be using in our community, and not importing from halfway around the world… For me, it was kind of the intersection of food, and health, and local California.”

For Resor, she was first introduced to seaweed farming when she lived and worked in Tanzania, where lots of women farmed and exported seaweed for their livelihoods. Then she moved back to Berkeley to go to grad school. That’s where she met Tessa Emmer, who introduced her to Catherine O’Hare, and together, they taught her about California seaweeds.

The process of harvesting and processing seaweed

Resor explains that their aquafarm is leased to them by the government, and the public can still go boating, swimming, and fishing around it.

Oysters are also grown in the area. So the women measure how growing seaweed here affects local pH, carbon, and nitrogen.

“That's especially important for shellfish production because ocean acidification is impacting shellfish yields. So we are studying that. A lot of more qualified people are also studying that. And we're trying to see if intercropping -- so growing the shellfish and the seaweed together -- could be beneficial for the shellfish,” says Resor.

To collect the sea vegetables, the women go out at low tide, on foot an with scissors and bags.

“It's a beautiful way to spend a very, very early morning. And it's hard work. But mainly it's gorgeous. And it's a way to really be in touch with the local ecosystem, and literally in touch with your food. So it's definitely the highlight of our work,” says O’Hare.

Their harvest season is May through July, when the seaweed is healthiest and richest in flavor.

After collecting the seaweed, the women dry it in the sun. Then they toast some of the varieties to really bring out the umami and nutty flavor, which is done in a commercial kitchen in Oakland. Any additional processing is done in that kitchen too.

In a haunting photo essay for Vogue called “The Memory Keepers,” Bridget Read spoke with women survivors of the Japanese internment, plus their descendants who have...

Schaner Family Farms in Valley Center sells green garlic this time of year at the Santa Monica Farmers Market. The green garlic is pulled from the ground in early spring...

The rise of sushi in Los Angeles can be seen through chef Morihiro Onodera’s professional arc, including stints at Katsu, R-23, Matsuhisa, and his own restaurant Mori...

Seaweed has been referred to as the new kale, and has been fashionably floating onto restaurant menus everywhere. It may be as much of a superfood as blueberries and chia...