The rise of sushi in Los Angeles can be seen through chef Morihiro Onodera’s professional arc, including stints at Katsu, R-23, Matsuhisa, and his own restaurant Mori Sushi. He earned a Michelin star at Mori, then stepped back from the sushi bar in 2011 to focus on other creative pursuits, including pottery.

Now his followers are rejoicing about his return as sushi chef of Inn Ann at Hollywood and Highland. 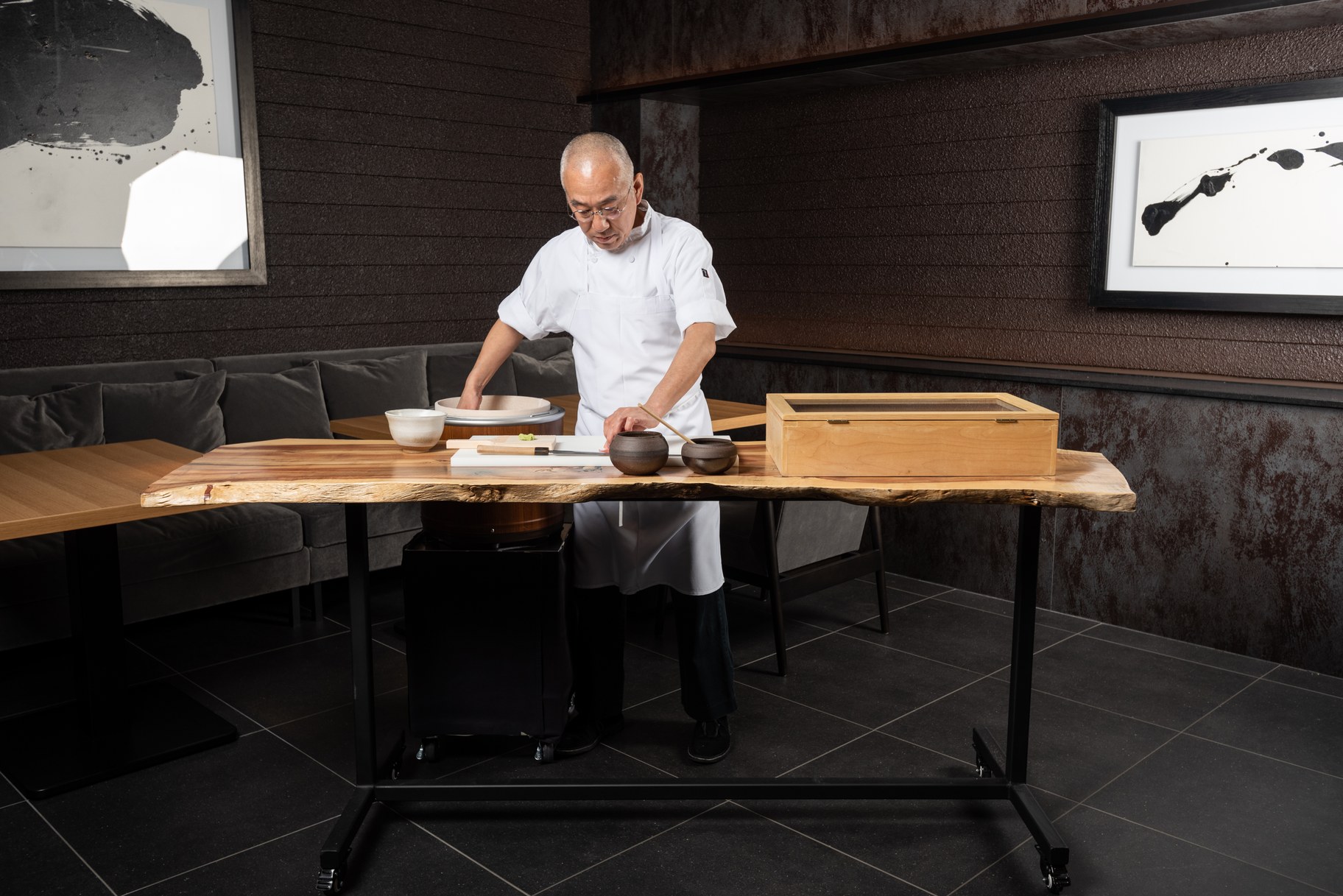 Inn Ann is within the Japan House, which also includes a rotating art gallery, retail shop, library, and event space. Japan House Culinary Curator Tomoko Imade Dyen explains that it’s a place where you can experience Japan through your five senses.

Onodera has been at Inn Ann since November 26, 2018, first supporting another chef, then serving his own dishes starting January 8, 2019.

He offers a tasting menu, which starts with an appetizer, then seasonal tofu, farmers market vegetables, sashimi, grilled fish or meat, fried food, then more meat or fish, sushi, and dessert. 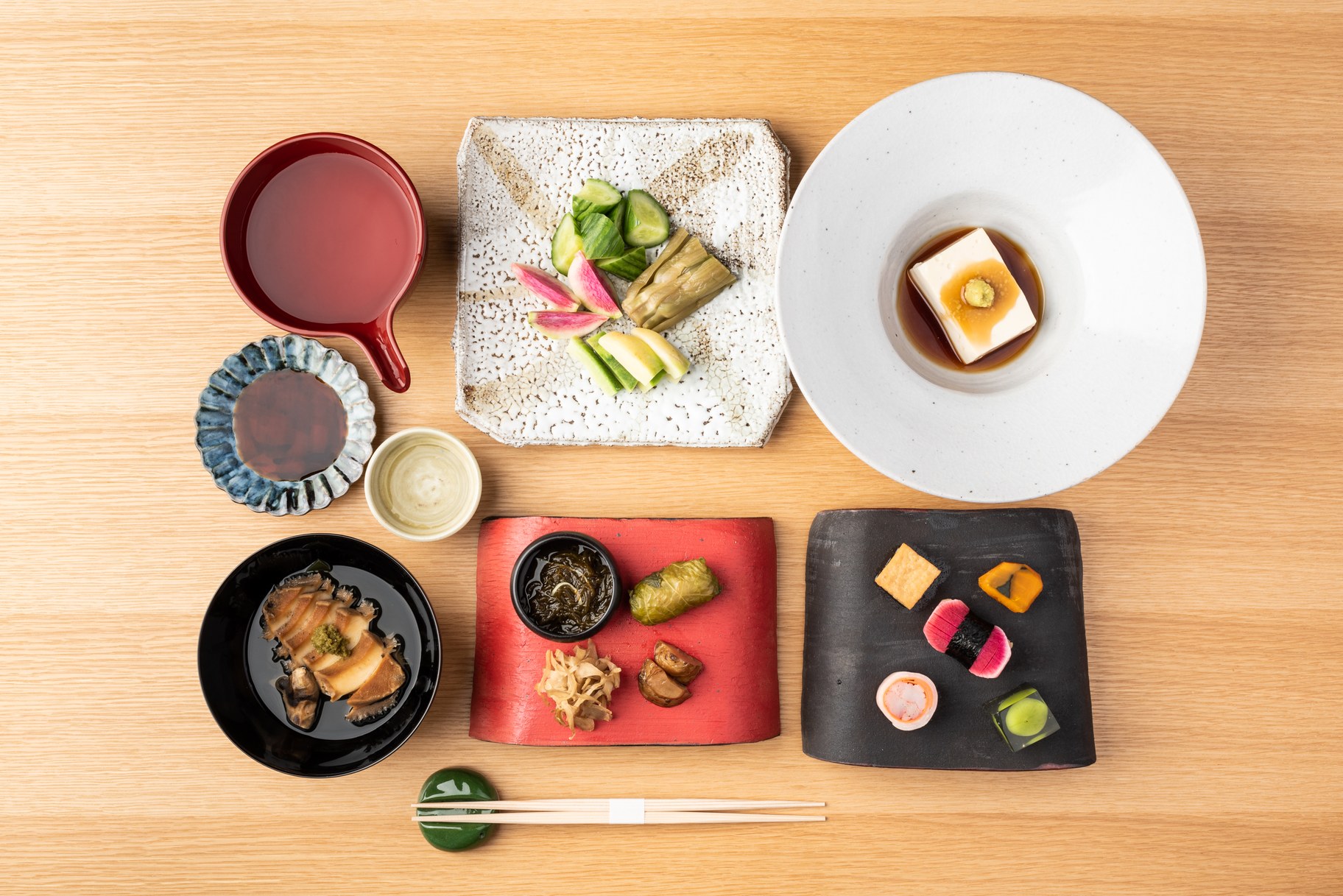 Onodera has a love for stronger flavored silver-skinned fish (hikarimono), including gizzard shad, horse mackerel, and mackerel that he gets all from Japan. Hikarimono is becoming more popular with Americans too, he notes.

Rice is paramount to Onodera, and he tries to bring the rice of his childhood to Inn Ann. Right now, he’s using short-grained rice from Japan. 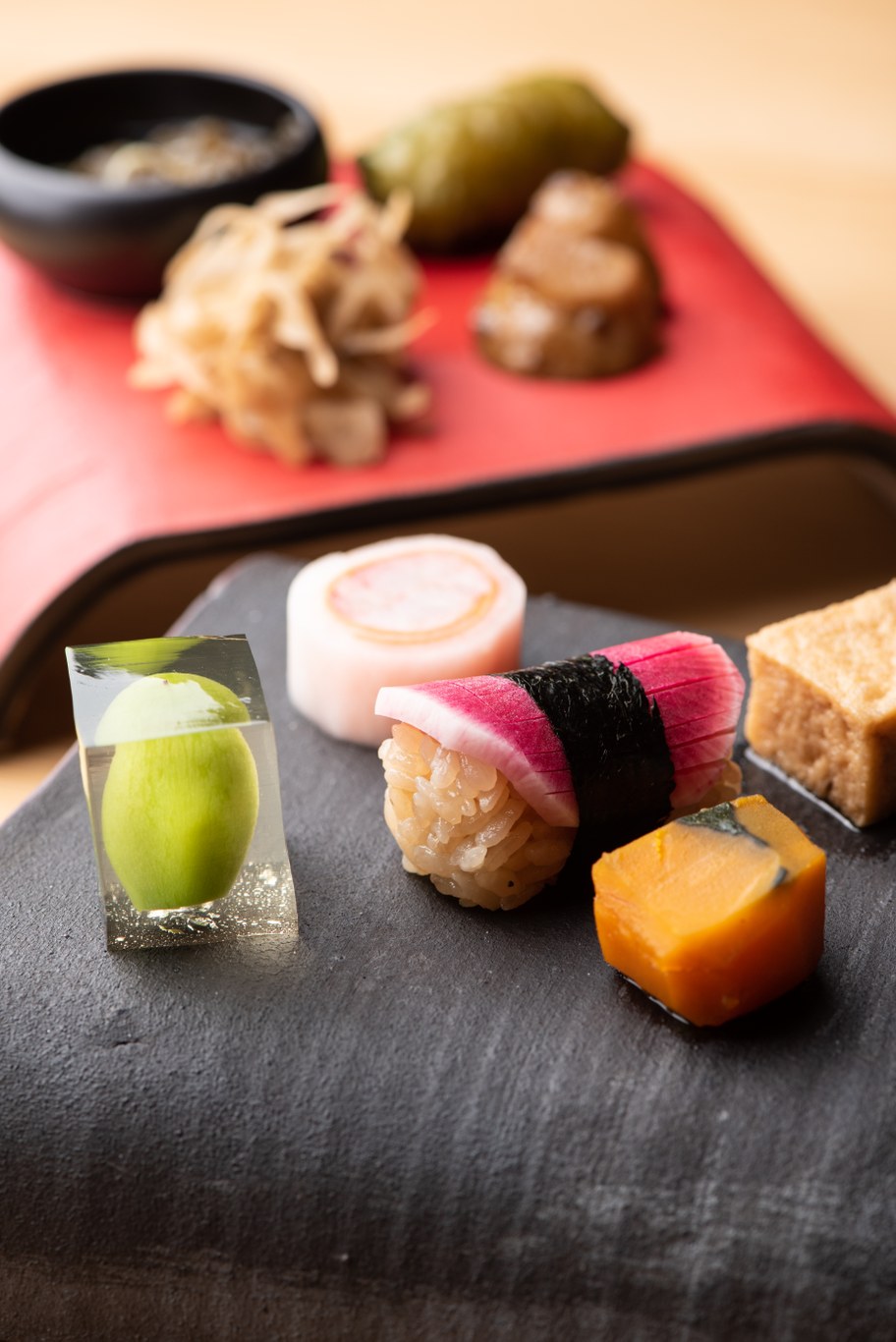 To season both the fish and rice, he uses aged and unaged red vinegar. And he offers three types of yuzukosho condiments: cherry blossom salt, matcha salt, and tofu.

Inn Ann is still new, but Onodera says he’ll try to earn a Michelin star or two for it. He received a star for Mori about a decade ago, and now, the Michelin inspectors are returning to Southern California.

In a haunting photo essay for Vogue called “The Memory Keepers,” Bridget Read spoke with women survivors of the Japanese internment, plus their descendants who have...

Schaner Family Farms in Valley Center sells green garlic this time of year at the Santa Monica Farmers Market. The green garlic is pulled from the ground in early spring...

The rise of sushi in Los Angeles can be seen through chef Morihiro Onodera’s professional arc, including stints at Katsu, R-23, Matsuhisa, and his own restaurant Mori...

Seaweed has been referred to as the new kale, and has been fashionably floating onto restaurant menus everywhere. It may be as much of a superfood as blueberries and chia...