Anas Atassi attests that he didn’t have horak osbao, a lentil and pasta stew with tamarind and pomegranate, until he was an adult. Photo courtesy of Interlink Books.

Sumac is a popular spice in Syrian cuisine, made from a berry that’s dried and ground. Chef Anas Atassi was raised in Saudi Arabia but returned to Syria every summer, where the spice was used from breakfast through the evening’s dessert. He also describes different types of za’atar, including a version that his grandmother still makes and ships to him in Amsterdam. Atassi shares a dish for horak osbao, popular in Damascus and Aleppo, from his latest book, “Sumac: Recipes and Stories from Syria.” 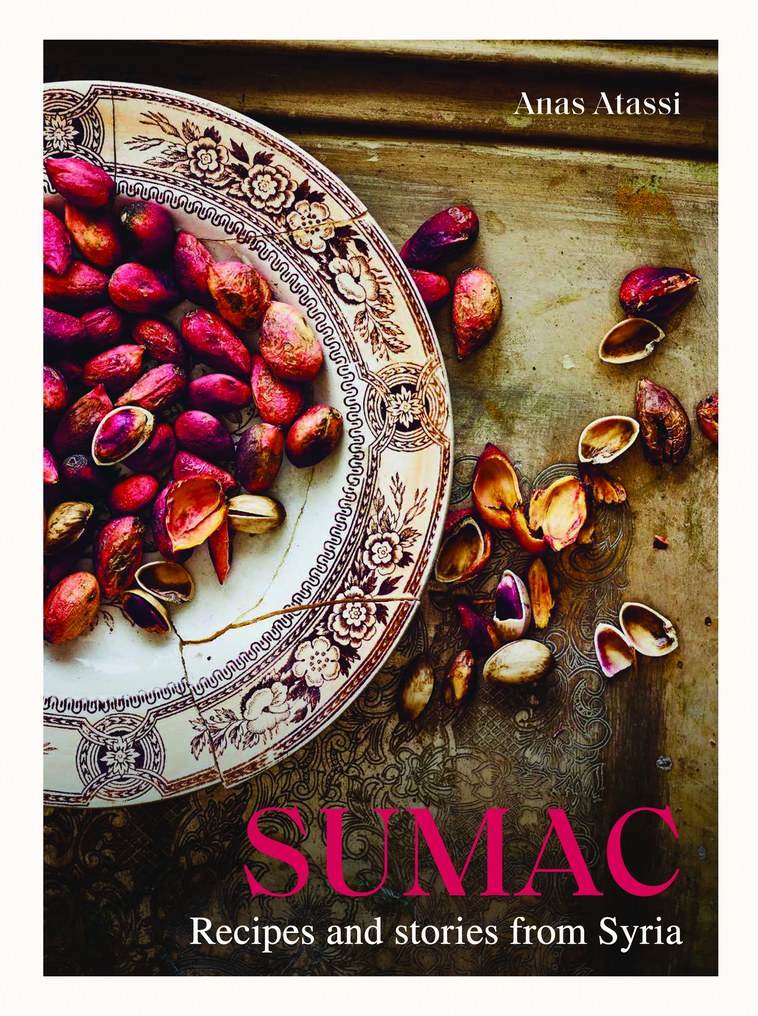 The addition of sumac brings a citrusy structure to dishes and is popular in Syrian cuisine. Photo courtesy of Interlink Books.

The Arabic name for this dish, hora'a bi osba'o, literally means "burned fingers." As the story goes, the first person to have discovered how delicious this dish is could not wait for it to cool down before tasting it. Try it at your own risk!

Syrian cuisine is still quite regional. Since this dish is from Damascus, and my family is from Homs, it is not part of my family's repertoire of recipes. In fact, I didn't taste it for the first time until I was at university! It's a bit strange to think I hadn't encountered it before then, but ever since that first taste, it's been one of my favorites. I make it often at home.

-Heat a scant l/2 cup (100 ml) of the olive oil in a large nonstick pot over medium heat.
-Cook the onion rings, stirring frequently, for about 15 minutes, until dark brown and caramelized.
-Take care to not have the heat set too high because onions burn easily.
-Line a plate with paper towels.
-Remove half of the caramelized onions from the pot and place them on the paper towels to drain the excess oil.
-Add the lentils and chicken stock to the onions left in the pot.
-Bring to a boil, reduce the heat, and boil gently for 20 minutes, or until tender.
-Add the fettuccine, pomegranate molasses, tamarind paste, and lemon juice.
-Cook for another 10 minutes, adding more water if needed. It should be thick and saucy, but not too watery. Turn the heat off when the pasta is tender.
-Cover and let rest for 10 minutes, or until the remaining moisture is absorbed.
-Meanwhile, heat the remaining 3½ tablespoons (50 ml) of oil in a nonstick pan on medium heat.
-Fry the garlic until golden.
-Stir in the chopped cilantro (reserving some for the garnish) and fry for another 1 minute.
-Stir the fried garlic and cilantro into the horak osbao.
-Add salt and pepper to taste, and sprinkle with the reserved fried onions and chopped cilantro.
-Make it even tastier by topping it with some pomegranate seeds and serving it with lemon wedges.

UCLA professor David Delgado Shorter has launched The Archive of Healing , one of the largest databases of medicinal folklore from around the world.

Sazón and adobo are spice blends found in many Latin kitchens.

Old Bay origins: The popular spice was invented by a Jewish refugee from Germany

Old Bay is a staple at every crab shack and seafood boil across America, but few know about the man behind the 18 spice blend.

Sumac is a popular spice in Syrian cuisine, made from a berry that’s dried and ground. Chef Anas Atassi was raised in Saudi Arabia but returned to Syria every summer, where...

Fava beans: A perfect bite of spring at the farmer’s market

Market correspondent Gillian Ferguson catches up with Chef Javier Espinoza who is shopping for fava beans for a dish at a.o.c . He instructs on how to double shuck the beans...

Angelini Osteria is an Italian institution in Los Angeles, celebrating its twentieth year on Beverly Boulevard. Chef Gino Angelini met his future wife, Elizabeth, when he...