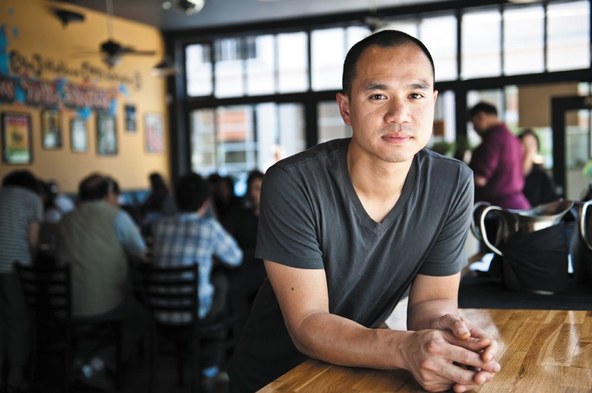 Oakland chef James Syhabout writes that war is God’s way of teaching Americans about geography. At the age of two, he came to the U.S. with his family as a refugee after the fall of Saigon. Today he heads up Commis, a Bay Area Michelin-starred American kitchen. But it’s the cuisine of both his Lao and Thai heritage that he breaks down in his first cookbook, “Hawker Fare."

In 2008, Leela Punyaratabandhu started her Thai food blog “ She Simmers ” in memory of her mother, whom she credits with her love of food and home.

Farmer’s Market correspondent Laura Avery checks in with Katy Noochlaor, chef and owner of Same Same Thai in Silver Lake about the versatility of lemongrass, a central...

Jonathan Gold eats his veggies at The Exchange