KCRW and Gustavo’s Great Tortilla Tournament returns bigger than ever 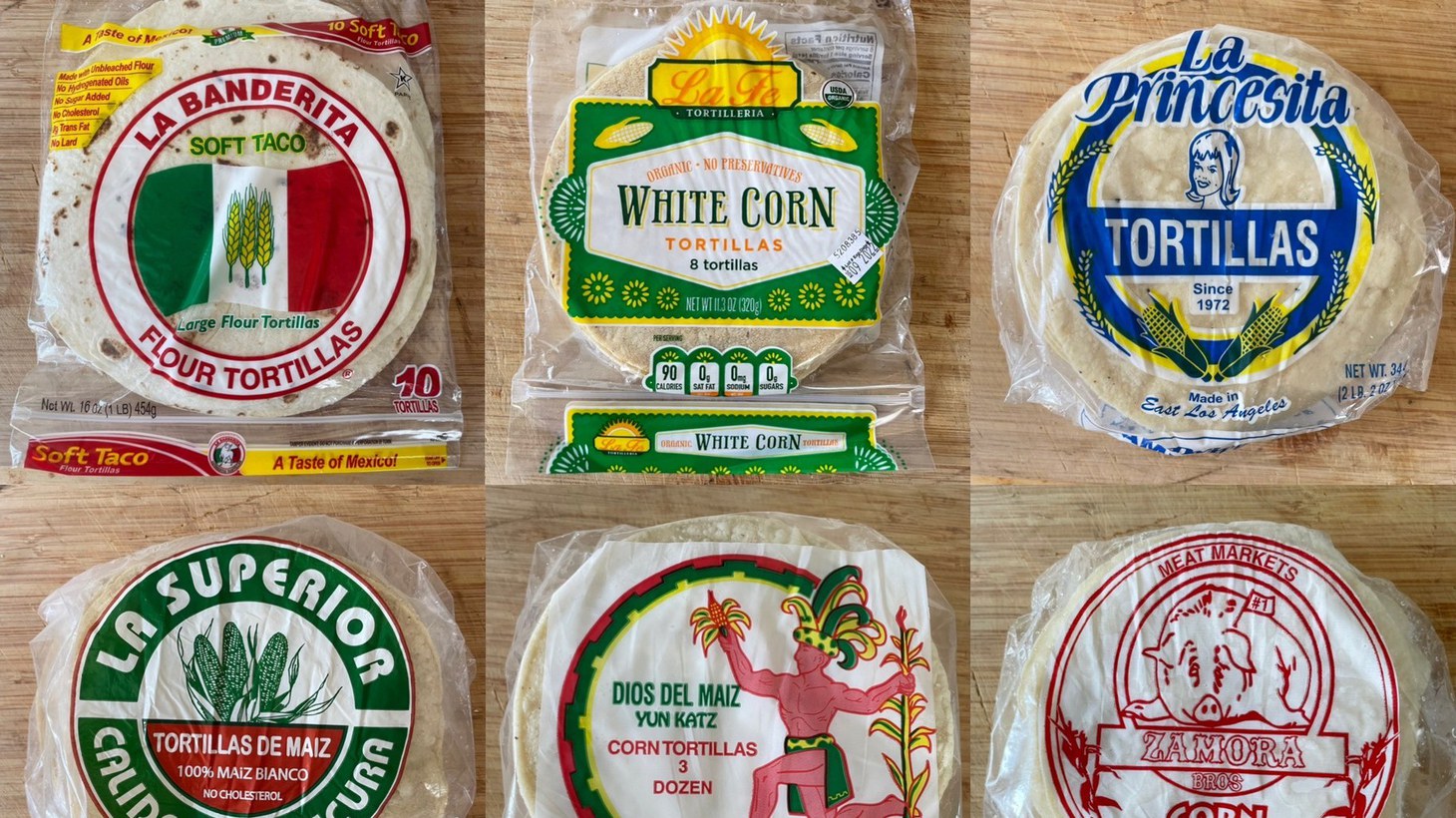 Five years ago, I approached KCRW with the weirdest story idea I had ever come up with, in a career built on weird stories: What if we do a sports-style tournament, except for tortillas?

After a couple of months of fine-tuning my idea, we announced the launch of KCRW and Gustavo’s Great Tortilla Tournament.

Tortilla culture in Southern California has never been the same since.

We have held four tournaments that have seen over 150 tortilla makers — mom-and-pop restaurants, hipster spots, tortillerias, mega-corporations, and more — battle for the title of best corn and flour tortilla in Southern California, with the winners each year battling in person for our Golden Tortilla while fans cheer them on. Our contestants have shown off their different methods — Sonoran-style, nixtamalized corn, Tex-Mex, women-run, indie — that have launched trends that have gone nationwide. We have profiled tortilla makers across Southern California, and gotten restaurants to want to up their game every year.

And this year, we’re going to go bigger than ever before.

Over the next month, check out kcrw.com/tortilla for the progression of our bracket, original essays and reports, a full tortilla directory, and more. You can also explore all 64 contestants, along with a map, and their information and brief bios. 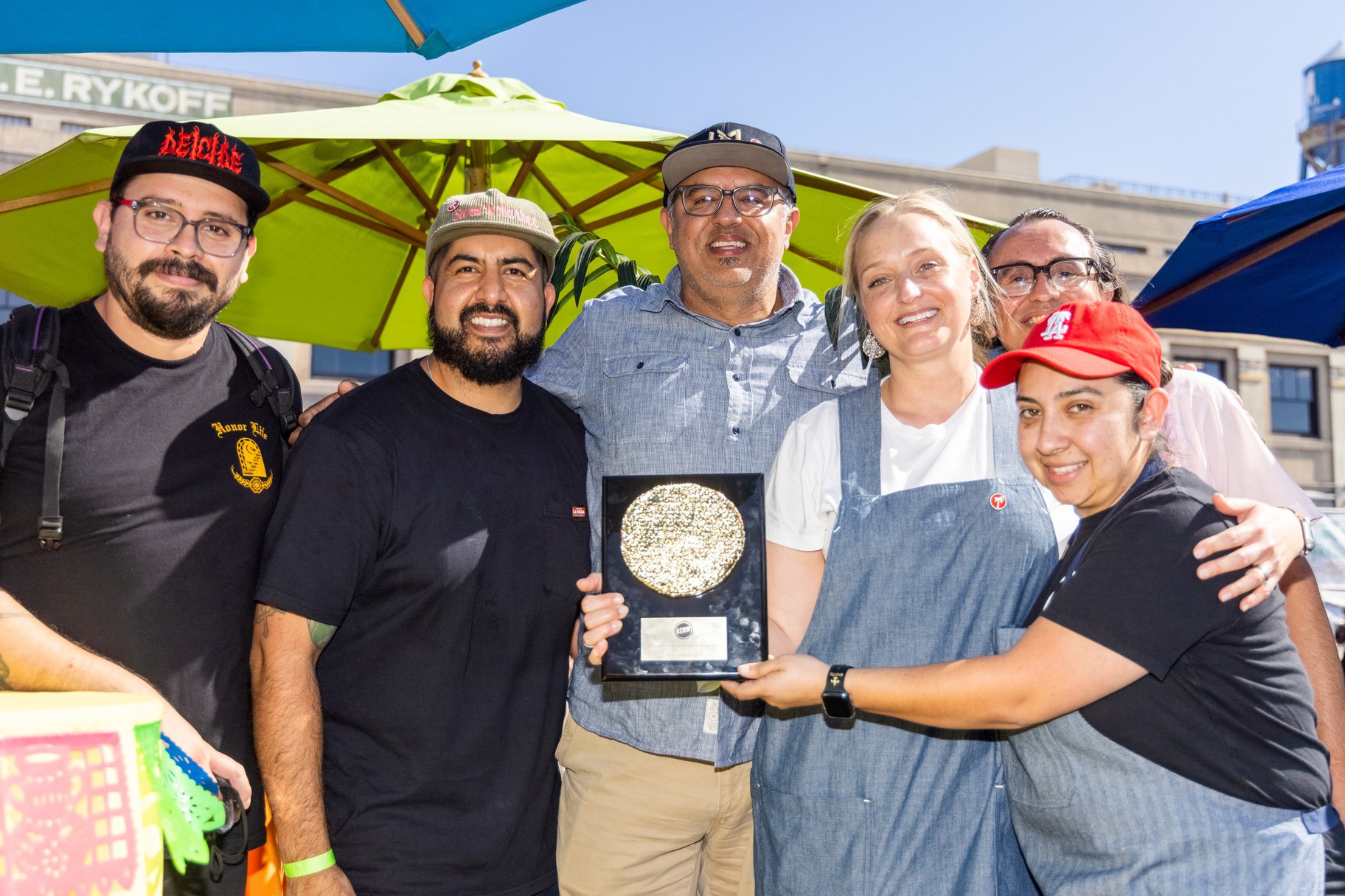 The staff of Burritos La Palma pose with their 2021 winning trophy. Photo by Brian Feinzimer

Join us in person

It all leads up to the final tortilla tête-à-tête, going down in person Oct. 16 at the weekly get-together of great food that is Smorgasburg Los Angeles. Think of it as a festival within a festival: DJ sets from KCRW’s Raul Campos and special guest DJ Junf from Global Beat Mexico, an “Ask a Tortilla Expert” booth, and, of course, our Fuerte Four finalists serving up tortillas for my fellow judges and me. The esteemed panel includes KCRW’s Evan Kleiman and Connie Alvarez, KCRW contributor Mona Holmes, and a special to-be-announced guest judge.

As always, our Tortilla Tournament finale will be free to the public. There will be no free samples, because we don’t want to put even more of a financial burden on our Fuerte Four finalists during these inflationary times. But we have invited them to offer their delicious tortillas for sale, so everyone can taste their pride and joy. Don’t be cheap, and buy up!

The method to our Tortilla Tournament madness will be familiar to anyone who follows the NCAA’s March Madness or the FIFA World Cup: We’ll start with 32 corn, 32 flour, split into four brackets of 16. Within those brackets, every tortilla is assigned a seed, so that the highest-ranked tortillas are up against the lowest-ranked ones in the early rounds. That makes it easier for the best of the best to advance toward the finals, but also allows for upsets.

You’ll notice that there are #5 and #6 seeds in our brackets that say “San Diego.” That’s because we’re expanding the #TortillaTournament this year to San Diego County! I entered 8 corn and 8 flour tortillas into a mini-tournament of their own, with the finalists in each category moving on to the official Tortilla Tournament. This officially launches our slow expansion across the United States, in the quest to find the best tortilla in the United States. See you in a decade, Texas!

Evan and Mona helm the corn category; Gustavo and Connie flour corn. For the first two rounds, we’ll buy the tortillas fresh, then freeze them that day to see how they hold up after defrosting (Pro tip: dust off all the ice when you take them out of the freezer, toss out the top and bottom tortillas once they’re ready to eat, and get a towel to sop up any additional moisture).

We do this because it’s physically impossible to eat all the contestants fresh in the first two rounds — we’re talking at least 16 tortillas per judge in the first round then 8 in the second. By then, tortillas are no longer as fresh as they could be. By freezing, then defrosting, judges can better plan so that tortillas are all on equal footing. Besides, a good tortilla will maintain its goodness after a freeze.

After we’ve locked in the Suave 16, we’ll buy new packs of the advancing tortillas and eat them fresh until we get our Fuerte Four finalists.

We know that your tortillas (or that of your parents, your tias, grandmas or comadres) are better than everyone in our competition, but unless those homemade tortillas are available for sale — via Instagram, a restaurant, a taco tent, or even a kermes — we wouldn’t know. So tell them to start selling!

Your favorite tortilla didn’t make it this year? There’s always next year. And if you have a problem with the seeding or the entries, hit me up, and only me — my name is in the tourno, after all.

And now: Enjoy and start eating! And don't forget to use #TortillaTournament in your photos and posts. See you Oct. 16 at Smorgasborg for the finale!