Tortilla Tournament, Week 3: Cal-Mex vs. Tex-Mex vs. Mex-Mex Go on to Eso Eight! While upsets continued in the Suave 16, the remaining higher seeds also began to assert their usual dominance, leading to epic matchups for next week’s ¡Eso Eight! quarterfinals. Now, without further ado…. 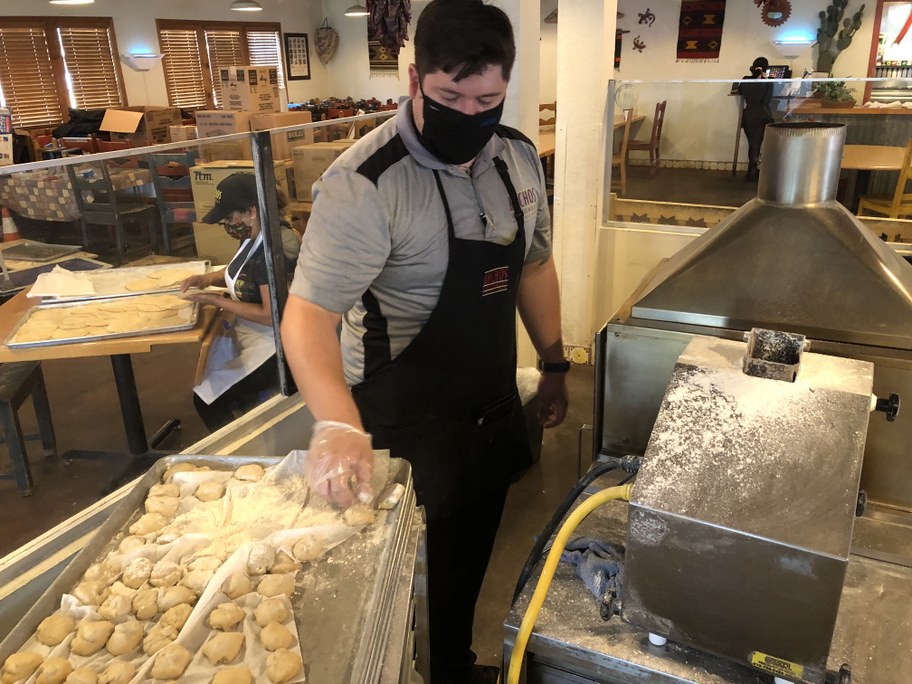 From Connie: “First, now that we were getting into the final rounds, I knew I had to have two things: a can of fruity-essenced mineral water as a palate cleanser and some of my father-in-law's chunky frijoles con chorizo (refried style) – the perfect tortilla texture tester – if anything could expose a weak tortilla, it would be these hearty, tasty beans.”

#6 Mitla Café vs. #2 Carnitas El Rey:  Remembering the slight carnitas flavor that seemed embedded in the El Rey Tortillas, I expected these would be the clear winner; what could compete with carnitas minus the runny grease and fatty globs? Besides, I knew Mitla Café was good, but I didn't have as clear a memory about them from the earlier rounds. Surprisingly, Mitla Café ran away with this one. Their flavor was subtle, but so satisfying and full. As for texture, they both held up perfectly to the chorizo beans. WINNER: Mitla Café

#1 Taco Maria vs. #13 Nuño Bros: Nuño Bros has been my favorite surprise of this contest. Totally unassuming, with a graphic that looks like a 1970s mimeograph, and giant, this tortilla looks extra humble and has the full, homely flavor to match – in other words, a tortilla straight from an abuela's hands into mine (except mass produced). As much affection as I had for Nuño Bros, Taco Maria remains above the plane of the mere mortal tortilla. I keep trying not to fall for the hype on this small, blue disc, but it's undeniable that this one is sublime for it's non-overbearing flavor with the perfect specks of salt, it's smooth texture and slight patty-like thickness. WINNER: Taco Maria.

#6 Mitla Café vs. #1 Taco Maria: A legendary Cal-Mex restaurant up against a legendary Alta California spot. Chef Carlos Salgado seems unstoppable, but don’t count out your elders EVER.

#1 Kernel of Truth vs #5 Tehachapi Grain Project: What’s that architectural saw about form following function? For corn tortillas, it’s maize follows masa. And the perfect example is this matchup.

Kernel of Truth uses organic corn from Mexico for its machine-made corn tortillas. Tehachapi Grain Project use heirloom corn from California for its machine-made corn tortillas…made by Kernel of Truth! Now, I don’t know if Tehachapi told Kernel to essentially take their corn and replicate the Kernel way, ala a copackager. But these tortillas were identical in shape, thickness, packaging…everything but the flavor.

Both were amazing — earthy, soft, chewy. But Kernel’s masa was a whisper more memorable than what Tehachapi offered. Neither of them are wrong; both of them are right. But only Kernel can advance. WINNER: Kernel of Truth

#6 El Ruso vs #2 La Talpense: Kudos to las tortilleras at La Talpense who made me a fresh dozen at 7 a.m. just as I opened — THAT is commitment. Although I didn’t judge corn last year, I remember being impressed by the San Fernando restaurant’s hand-patted treasures, thick and with random char marks. I knew they’d go into the Suave 16, and figured they’d go farther.

I figured none of this for El Ruso, whose flour tortillas are rightfully hailed for their Sonora essence but which have never passed into the Suave 16. Their corn tortillas, which they just debuted earlier this year? They’re going into the ¡Eso Eight! with a thick masa funk like few other corn tortillas I’ve tasted this year. As the base for their weekday tacos, El Ruso’s corn tortillas are perfect; by themselves, they’re even better: WINNER: El Ruso.

#1 Kernel of Truth vs. #6 El Ruso: Two stars of the Southern California tortilla scene, although one is in uncharted waters. Can they mount a fight against the two-time corn finalist? 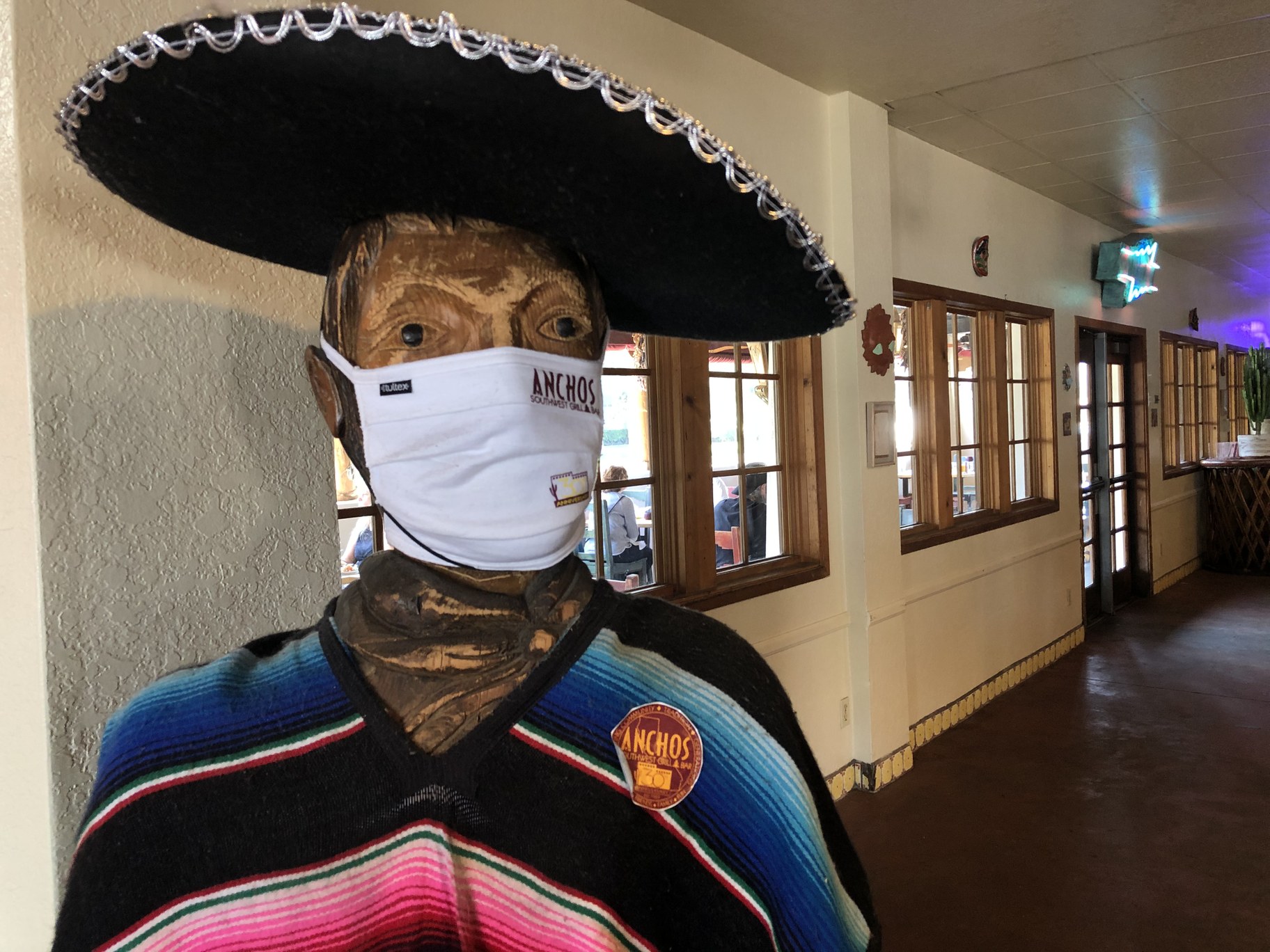 Via Evan: “This time around, it was no contest.  My memory of Tallulah's from the last round was much more flavorful than what I experienced today; they were just flat.  But I knew that it would be hard to beat HomeState as soon as I had that tortilla in my mouth.  Somehow they manage to create a tortilla with the perfect amount of salt and fat to create flavor but not so much as to be heavy or too filling.  Important if you eat multiple tortillas like I do.”  WINNER: HomeState

“This took me two tastings a few hours apart to interrogate my own set of preferences.  La Chapalita is such a great thin tortilla.  I would be happy to wrap my leftovers in them forever. They are supple, just fatty enough and with plenty of flavor.  Jimenez, on the other hand, are thicker puffy pillows. I should say that gordita-style flour tortillas have never been my thing, and this round they were definitely thicker than the last which I guess is what happens with a handmade product. Variation. I had to make sure they puffed up on the comal for the inside edges to be completely cooked.  But on flavor alone, they win. This is a tortilla to tear into smallish pieces and scoop up bits of whatever is on your plate.  Or slather with butter.” WINNER: Jimenez Ranch Market

#1 HomeState vs. #3 Jimenez Ranch Market: This is a repeat of their 2018 Suave 16 battle, when HomeState beat out the SanTana mercado. Can Jimenez pull off the upset against the Tex-Mex stalwart?

From Mona: “The clear winner was El Cholo. The consistency, the look, the flavor had me carefully wrapping them for safekeeping in my freezer since getting them fresh weeks ago. Gustavo mentioned some not-so-secret ingredients that made the difference: milk. But there's far more than that, which is why it won. Tehachapi just didn't hold up the way it did in previous rounds.” WINNER: El Cholo

“This is a completely unfair matchup. Both are incredible with great flavor, they both hold together so well. I absolutely adore Ancho's thicker consistency, and prefer it over Bar Ama, which did a fabulous job filling in for its since-closed sister restaurant (both of them use the same recipe for flour tortillas from chef-owner Josef Centeno’s cookbook, a recipe that comes from his aunt). But for flavor, Ama Cita/Bar Ama wins. (sobs into mic). They barely squeezes in a win. I mean, this was a nail biter folks. Rather, tortilla biter.” WINNER: Bar Amá

#8 El Cholo vs. #6 Bar Amá: Another matchup of a Cal-Mex giant vs. Tex-Mex upstart. El Cholo’s run might be perplexing —El Cholo?! — but as someone who, like Mona, froze up a bunch of their tortillas after buying some, their product is GOOOOOOD.

READ MORE:
This Los Angeles Tortilla Life
Tortilla Tournament, Week 2: Shocking Upsets on the Road to the Suave 16!
Photos: How LA’s tortilla masters make magic with a handful of masa
Who is that girl on those Diana's tortilla packages? How Samuel Magaña's daughter became the queen of Gardena
Tortilla Tournament, Week 1: Stunning upsets, favorites on the run!
Inside El Cholo: How the old-school Mexican restaurant has thrived in LA for almost a century
What makes a good tortilla? Gustavo Arellano and Evan Kleiman on how to taste tortillas
How do you buy and eat tortillas in the time of coronavirus? Very carefully.
Love tortillas? Gustavo Arellano and Good Food’s Great Tortilla Tournament returns!
The Ultimate Tortilleria Guide of Los Angeles and Southern California