Flour tortillas being made from El Ruso. Photo by Samanta Helou Hernandez for KCRW

Behold Ask a Tortilla Tournament Judge, in which longtime KCRW nerd Gustavo Arellano takes your question about tortillas! He’ll do three a week this week, then two a week for as long as the questions keep coming. Send them to mexicanwithglasses@gmail.com. Now, to this week’s mailbag:

My cousin just turned me on to your podcast segment where you filled my head with knowledge I didn't know I needed lol.

So, as a flour tortilla lover and maker, my question is this...

Is it a trend to make tortillas using added ingredients to the masa so I don't have to add after? I have been adding jalapeños, cheeses (different types) or other things as I see fit, but never see a commercial version of what I'm doing. Keep this our secret if I'm alone, please.

If, by “trend,” you mean “going back to the ancients,” then you’re absolutely correct! The Florentine Codex, the best chronicle of Aztec customs and culture before the Conquest, described “tortillas made of amaranth seeds and ground squash seeds and of green corn and of prickly pears.” John Sedlar, at his late, great Rivera restaurant in downtown Los Angeles sold corn tortillas imprinted with an edible flower within its masa. And all the Latino supermarkets sell corn and flour tortillas mixed with dried nopales for its alleged health benefit. So I’ll make sure to tell Cuautémoc to keep your secret, m’kay? 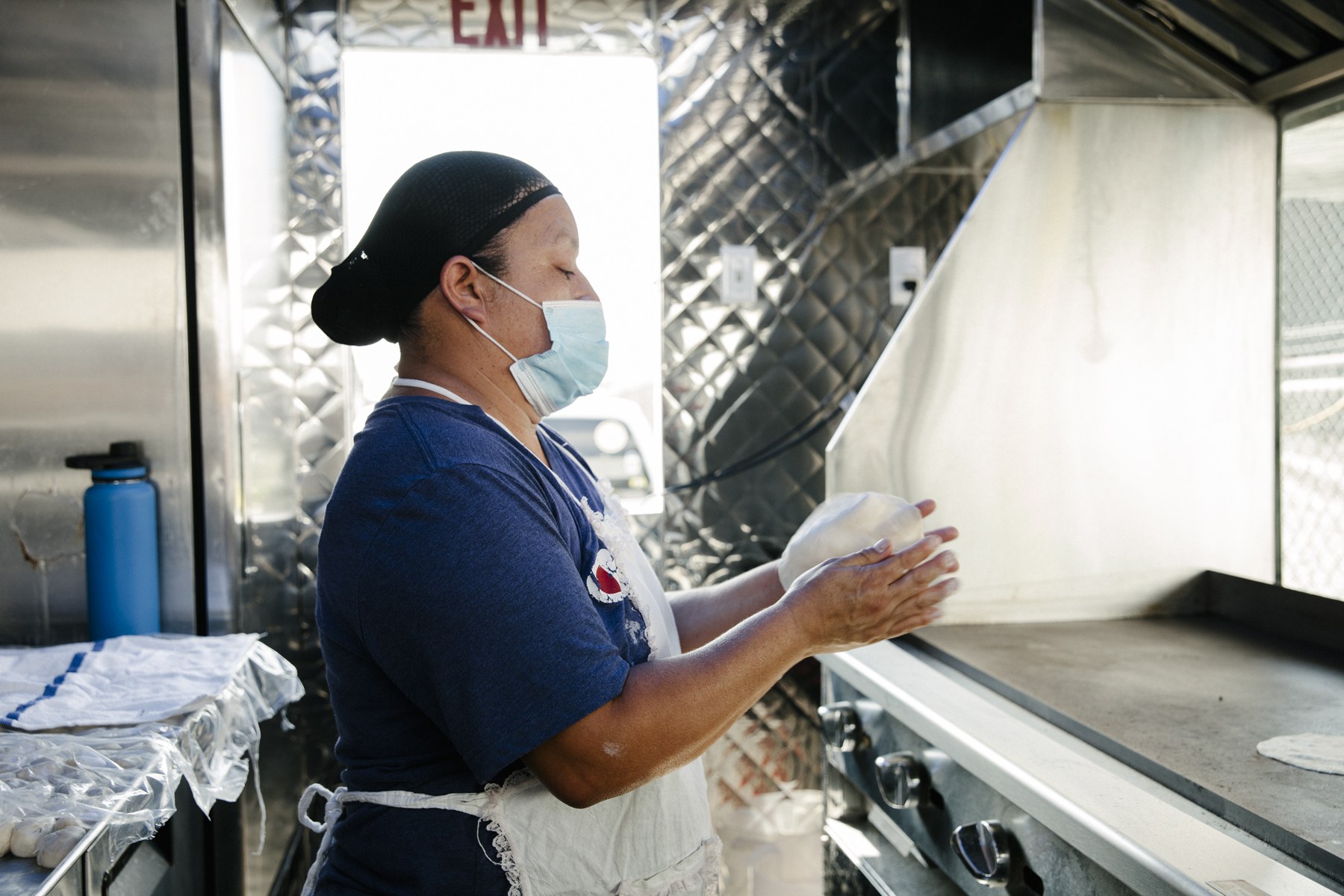 My mom, like all other moms, make the best (flour) tortillas. But when I try to make them, it’s like 75-85 percent there on taste and texture. She said to add manteca, which for the love of me I forgot about using manteca. Well, it turned out it came out good, but not as good as hers. My question is, is it the manteca that makes the tortilla or mother love that they put in behind it?

It’s ALWAYS going to be the love of the tortillera that makes tortillas truly shine. That’s why so few machine-made tortillas, whether corn or flour, ever make it far in our #TortillaTournament. But while pork lard (aka manteca) is a hallmark of most flour tortillas, you don’t need it to make a stellar one. Sonora’s famous hoop-sized flour tortillas called sobaqueras are traditionally made with only wheat flour, salt, and water, and are sometimes called tortillas de agua (water tortillas). You can also use vegetable shortening, as you’ll see in the following question… 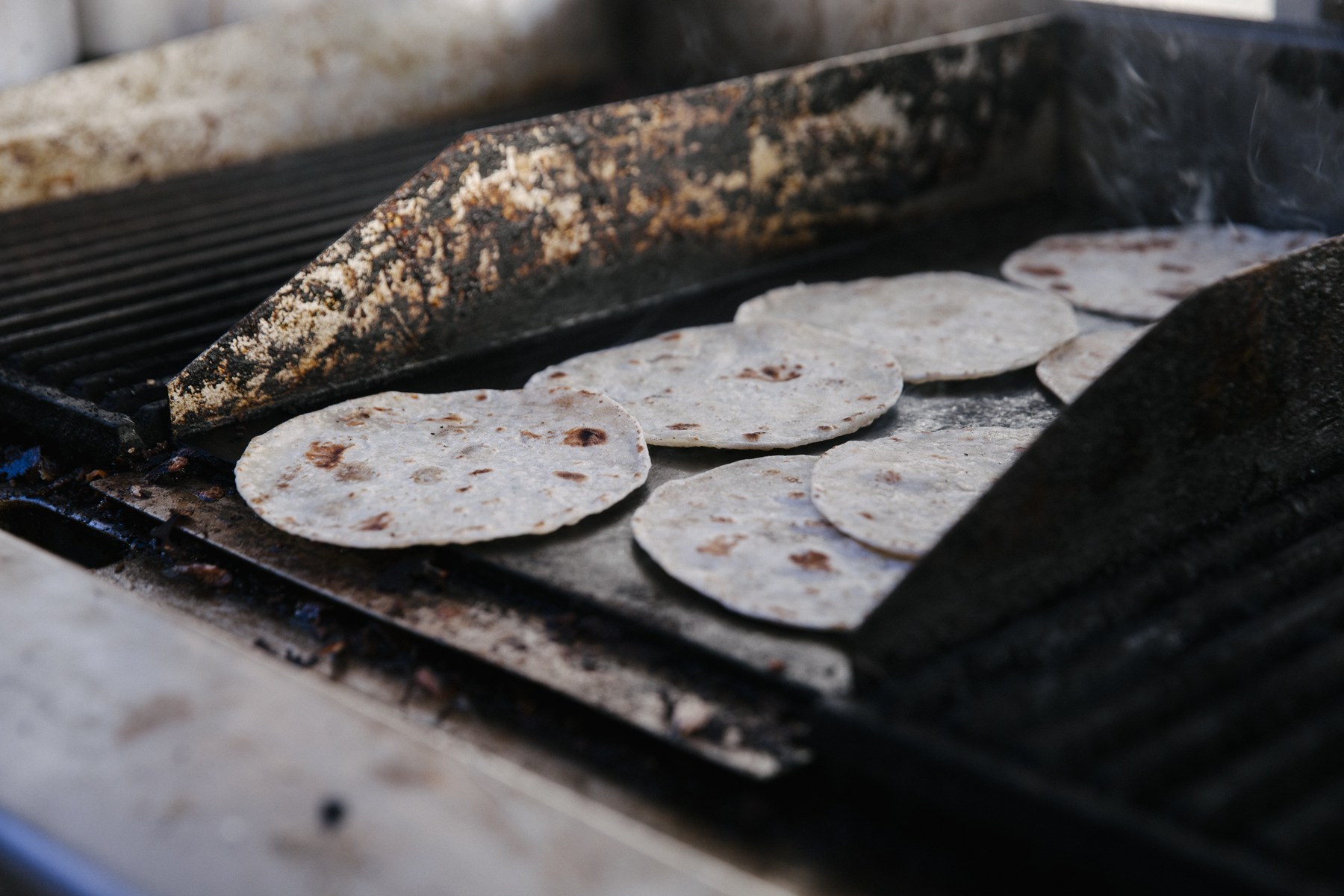 Can You ever do a side column for your Muslim and kosher-keeping readers on which tortillas don’t use lard? Or which do?

The good news: Corn tortillas never call for lard — just water, lime, and masa! Flour tortillas get trickier, as most use animal fat of some sort (usually lard, but sometimes tallow and even duck fat). It’s such a default setting — asking for a kosher/halal/vegan flour tortilla is like asking for a chocolate-free chocolate bar — that I’ve never thought of finding alternatives or, frankly, ever taken an interest in doing so, especially because corn is such an appetizing alternative.

BUT...a Southern California flour tortilla master has proudly used vegetable shortening from the start. Burritos La Palma in El Monte/SanTana/and (soon) Boyle Heights doesn’t use animal fat for their tortillas de harina, so great they are. And you won’t even notice the difference. They achieve the same flakiness, bendability, and chewiness of any flour tortilla that uses lard.

Only issue? Burritos La Palma generally doesn’t sell packs of flour tortillas to the general public, so tell them Gustavo sent you, and let’s see what they say. But don’t go for a good month: ever since their appearance in the “Burritos” episode of the latest season of the Netflix hit The Taco Chronicles, the lines have been looooong. 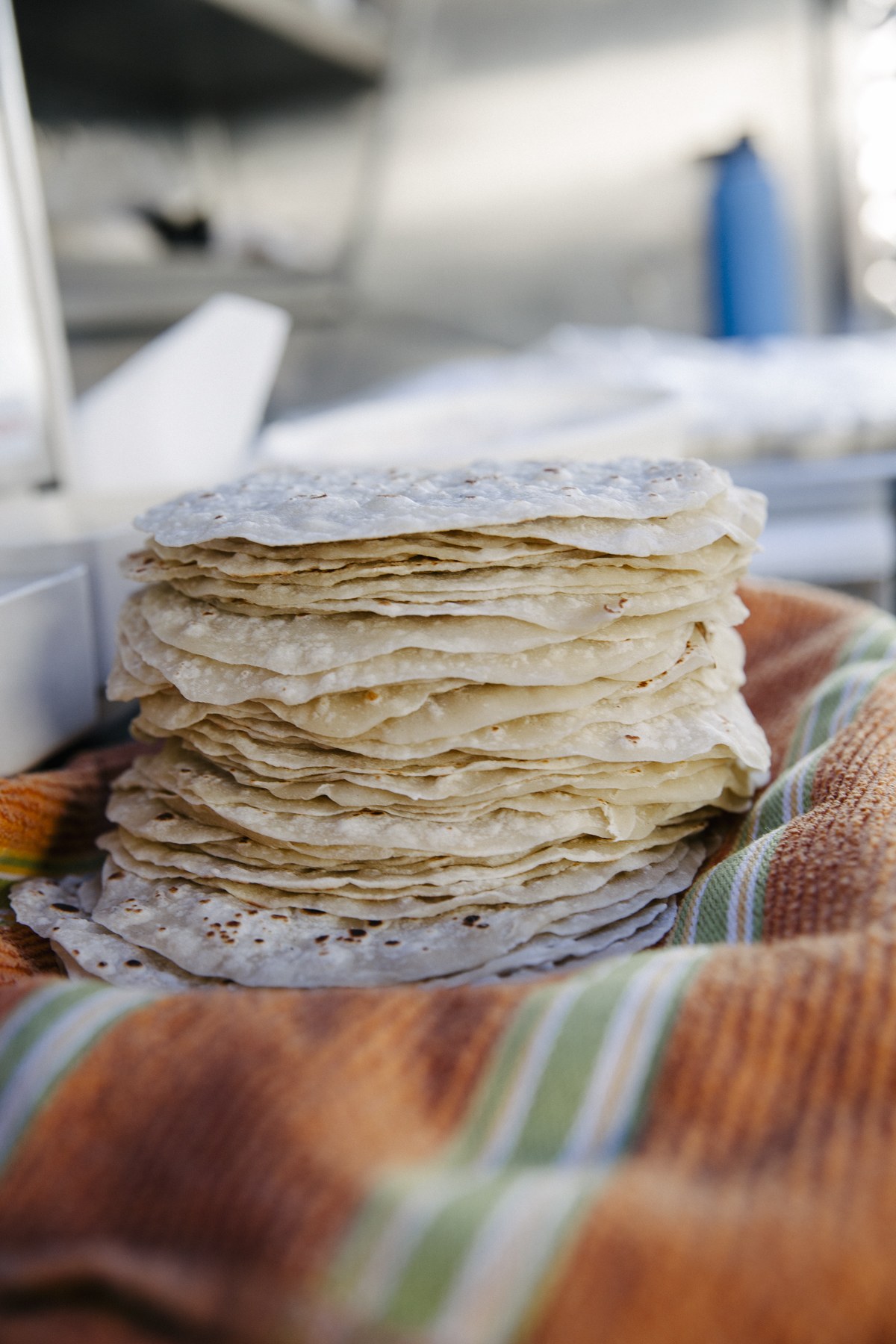