Tortilla-washing in action: The case of GRUMA and its Albuquerque Tortilla brand 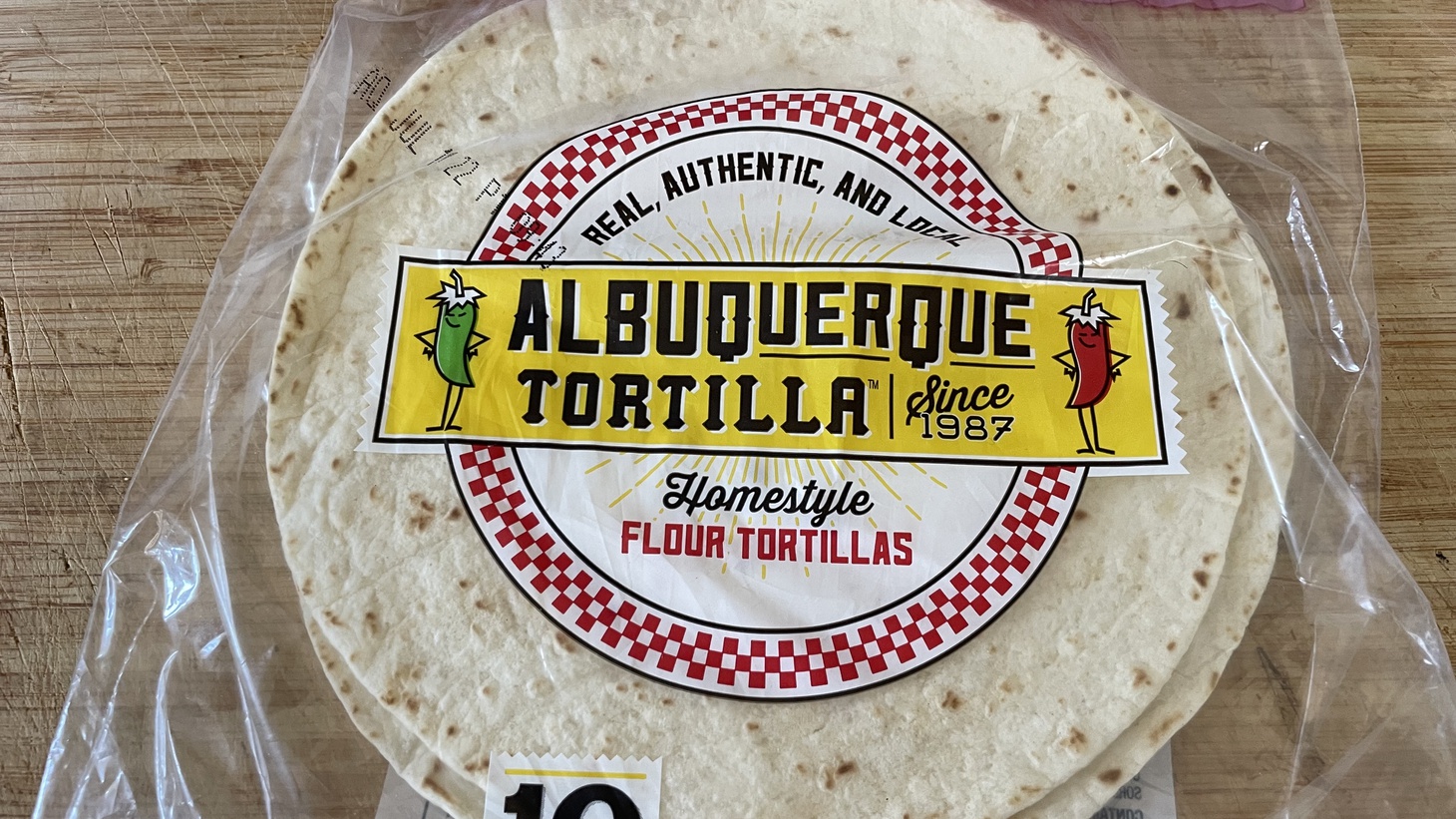 This past summer, my wife and I went to Albuquerque for our first vacation since the pandemic. We’ve spent time in New Mexico every year since 2007, although the pandemic put a two-year hiatus on our usual plans.

We go because the state is magnificent, and because the food is delicious, a cuisine that’s not quite Mexican, not quite American, but rather all Land of Enchantment with its emphasis on hearty, spicy flavors and an obsession over flour tortillas. So one day while I was at a Smith’s Food & Drugs (the Ralph’s of ABQ), I decided to swing by the tortilla aisle because, you know, #tortillatournament.

Unsurprisingly, Mission and Guerrero tortillas dominated the shelves. They’re the best-selling tortilla brands in the United States, and they’re the creation of GRUMA, the multi-billion-dollar, multi-national company that has done more to ruin tortilla culture in Mexico via their Maseca dehydrated masa than anything the United States could’ve ever imagined.

Labeled by Taste as the “tortilla cartel” and by me as the — take your pick of Marvel villains — the Galactus or Thanos of the tortilla world, GRUMA’s products are cheap and inferior to basically everything, and the company knows it. That’s why they’re introducing more and more “new” tortillas every year.

Ever heard of green-washing? What GRUMA’s now doing is tortilla-washing.

Which brings us to the case of Albuquerque Tortilla.

In 2011, GRUMA bought the company — founded in 1977 — for nearly $9 million. “This acquisition will expand and strengthen Gruma’s tortilla business in the United States through a solid and recognized brand in the south-central region of the country, and is part of a strategy to take advantage of opportunities and synergies in the United States, the most important market in the world for Gruma today,” the company said in a statement to the press at the time.

The sale came seven years after Albuquerque Tortilla’s founder told the Associated Press he “wasn't worried about a giant conglomerate” taking business away from his company in the wake of GRUMA beating an anti-trust suit brought on by smaller tortilla makers in Houston.

And here I was at Smith’s, looking at packs of GRUMA-owned Albuquerque Tortilla.

Right next to them were packs of Grandma’s Tortillas. They’re the brand of Bueno Foods, the largest producer of New Mexico-flavored foods in the state and an Albuquerque institution that’s celebrating 70 years this week.

My wife and I were going to stay in Albuquerque for a couple of days, so I thought about buying bags of Albuquerque and Grandma’s tortillas to take home for a taste test. But then I remembered that the hotel room we were staying in had a kitchenette with a pan.

I bought them both to try immediately. 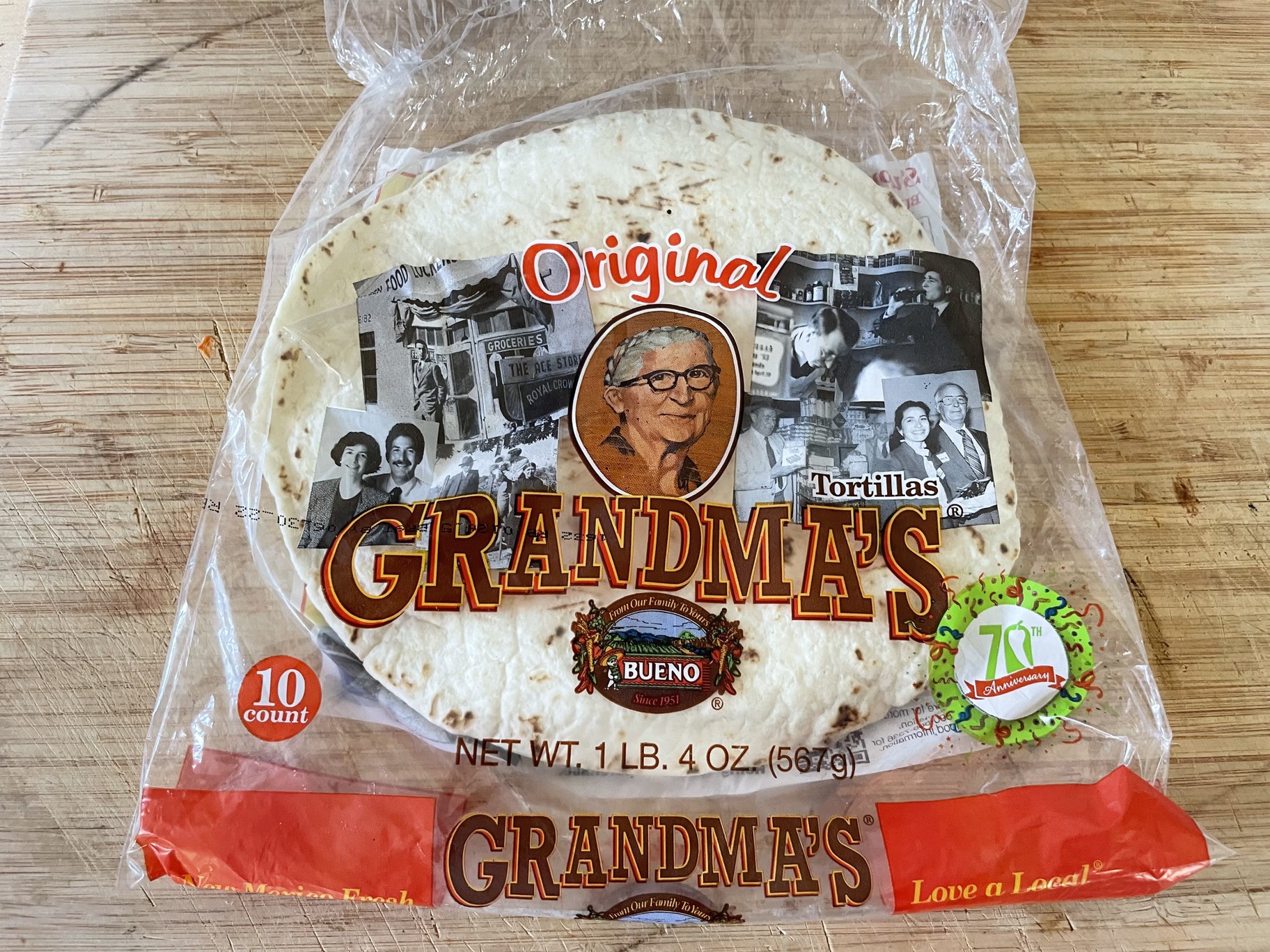 Grandma’s Tortillas is a brand of Bueno Foods, the largest producer of New Mexico-flavored foods in the state and an Albuquerque institution that’s celebrating 70 years. Photo courtesy of Gustavo Arellano.

Flour tortillas reign in New Mexico because tortillas de harina has historically ruled the U.S.-Mexico borderlands. They’re far thicker than what we eat in Southern California — heavy like a bound magazine — and have a wheatier flavor. You don’t roll them up so much as tear them up in pieces to sop up all the chile you eat.

I’m a big fan of New Mexico tortillas, but only Mama Blanquita makes them for sale in Southern California — and only as a special order. So I was excited to face off Albuquerque Tortilla against Grandma’s Tortillas for the crown of best mass-produced New Mexico tortilla. I looked forward to Grandma’s crushing Albuquerque Tortilla like a hungry homie pinchie a tortilla around a piece of carne adovada.

The matchup was far closer than I thought it would be.

Albuquerque Tortilla nailed the requisite thickness of a traditional New Mexico flour tortilla. Its flavor wasn’t half bad, although nowhere near what you can taste from hand-made spots in the city like Barelas Coffee House or Duran Central Pharmacy. If I didn’t know the connection to GRUMA, I’d even say Albuquerque Tortilla isn’t half-bad.

Grandma’s did beat them — it puffed up better, the thickness didn’t mean that what I chewed on didn’t get too pasty like what happened with Albuquerque Tortilla, and the flavor was more pronounced. Grandma’s is still mass-produced, but at least it’s still locally owned. If you’re ever in New Mexico and have access to a stove and there’s nothing else around, there’s no shame in buying them.

But Albuquerque’s respectable showing should worry all tortilla lovers.

As people get more and more versed in tortilla knowledge and realize that GRUMA and its Mission and Guerrero brands are trash, the company will try to tortilla-wash itself more and more. It’s already doing it in Latino markets with its Calidad brand, one that’s the antithesis of its name (“quality” in Spanish).

Just check out the package art for Albuquerque Tortilla. Its look — smiling red and green chiles standing on either side of the brand name, the word "Homestyle" and slogan "Real, Authentic, and Local" — is everything GRUMA isn't and what Albuquerque Tortilla used to be. The only way you can tell it’s a GRUMA product is by looking at the back of the bag, in the fine print — and who does that?

It’s the same thing with a flour competitor in this year’s #TortillaTournament: La La’s. Like Albuquerque, these tortillas aren’t the usual trash that GRUMA offers — they’re somewhat okay. Yet GRUMA also masquerades La La’s as homemade, down to its package art of a señora wielding a roller and wearing an apron.

On that note, GRUMA is actually the Majin Buu of the tortilla world: A seemingly innocuous nothing-taco that slowly eats its competitors, assumes its charms, and gets more powerful with every fight…but is ultimately a fraud. Who’s the Goku of tortillas to stop their terrible reign once and for all?