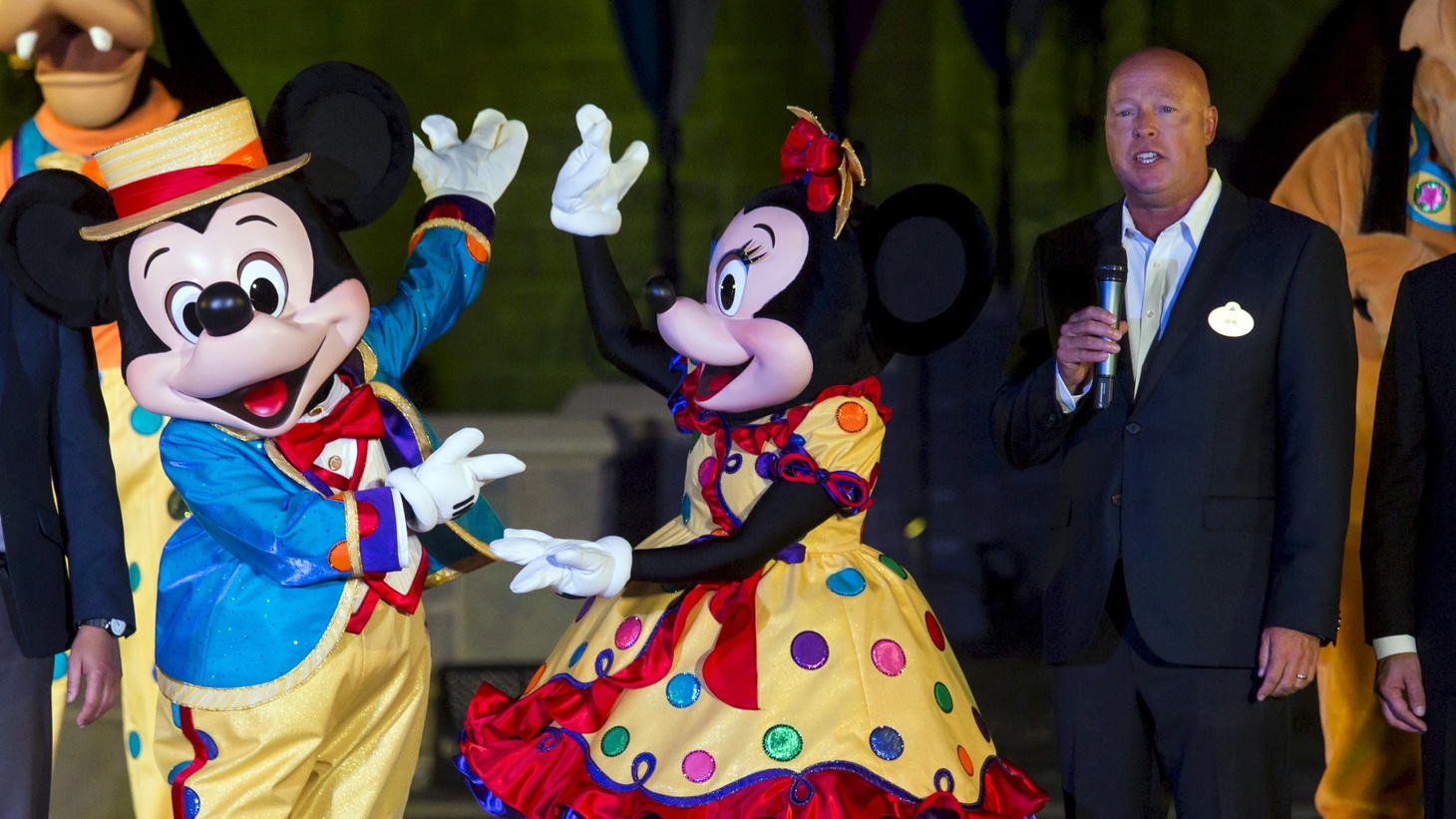 “This is the time that [Bob Chapek] needed to right the ship, fix the stock price, and figure out the streaming strategy,” says Matt Belloni, founding partner of Puck News. Disney’s CEO Chapek (R) speaks at the 10th anniversary ceremony of Hong Kong Disneyland in China on September 11, 2015. Photo by Tyrone Siu/REUTERS.

The Walt Disney Company has just renewed Bob Chapek’s contract. Despite the CEO’s turbulent tenure, the board of directors unanimously decided to keep him on for another three years.

The Disney board just “re-upped Bob Chapek as CEO, [after] expressing confidence in him and gratitude for his leadership,” says Kim Masters.

“It’s a vote of confidence,” Matt Belloni, founding partner of Puck News states, despite many questions about his tenure and the fact that Chapek’s contract would be up in February 2023 “without any indication that he would be re-upped. Now some of that is settled.”

Is this a done deal?

“As we know, with the Peter Rice situation, just because they reup you, doesn't mean that they're going to let you have free rein for the next few years,” Belloni explains. “[Chapek] is going to be under significant scrutiny now.”

…and he has “to prove himself”

“This is the time that [Chapek] needed to right the ship, fix the stock price, and figure out the streaming strategy,” Belloni adds. “But he does have some runway now.”

Disney and Chapek have PR problems.

“[Disney’s] stock price is a pressing problem. It's down significantly and more than the overall market,” Masters states.

First, there was the Scarlett Johansson conflict “where Disney went after her very aggressively after switching her movie to the streaming service and handled it in a way that it's just not how things are done in the Hollywood old world,” she says. “And I will note, Chapek is not of that world.”

Then Chapek had the “don't say gay” controversy. “That was an absolutely hot mess, to put it nicely,” Masters remarks. “First, he was going to lay down the law and tell everybody they weren't going to take a stand on this Florida legislation, the so called ‘don't say gay.’ Then they turned around, and there was so much outcry, and [Chapek] was so clearly not in touch with who the employees are, and how passionately they feel, and how passionately many people in the broader world feel on this issue of gay rights, that he completely flipped. And it took a while. And he did it by degrees.”

Following that, there was the firing of Peter Rice, which “was handled so aggressively. [Rice] wasn't given any kind of a fig leaf on his way out the door. He was just kind of tossed with no explanation, except he wasn't a fit,” Masters notes. “But he was a respected exec, who had been in this business for a long time.”

And then finally, Disney lost a bid to stream Indian Premier League cricket matches on Disney+. “[Its streaming services] is going to take a hit because a third of the Disney+ subscribers are coming from India,” Belloni explains.

So, all of that, “has put a big taint on the perception of Chapek among many people in Hollywood,” Masters adds. “And there are fans who are not crazy about him either.”

There are bright spots.

Belloni observes: “If you look at the overall Disney business, the streaming service is doing really well. They are exceeding analyst expectations for the growth of Disney+.”

Also, “the parks are doing wonderfully. They are extracting more money from these theme parks in the US than they ever have before,” he notes. “They've had some problems overseas, [with] the China parks have opened and shut, and opened again due to COVID. But people just want to go there and spend money.”

“So there are good things that Chapek can point to,” Belloni says, “it's just that he's got to steer the ship rightly and not have so many controversies.”

But Chapek “has a very sort of entrenched way of doing business, and you wouldn't envy anybody following Bob Iger, but he's very different. So we'll see,” Masters concludes.