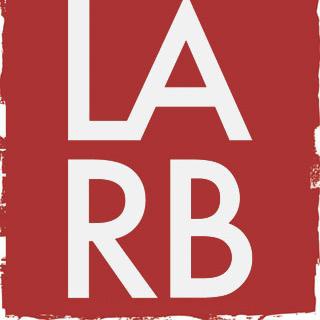 Steve Erickson's latest novel and Aimee Phan's have one similarity: they are both tales of absolute cosmopolitanism. They go from Topanga Canyon to Ethiopia to London, and from Little Saigon to Paris to actual Saigon, LA's diasporas retraced. Phan's novel, The Reeducation of Cherry Truong , is a multilayered, chronologically jumpy novel that takes history and contemporaneity equally seriously, and opens with Orange County-raised Cherry Truong flying, in the summer of her year before medical school at UC Irvine, to visit her brother, who has emigrated to Viet Nam. The brother is building very Orange-County-like subdivisions on the outskirts of a modernizing Ho Chi Minh City; Reeducation in its title and opening pages announces that this is not your mother's immigrant community novel.

Erickson, who teaches at CalArts and writes film criticism for LA Magazine, has published, in his recent Zeroville and now in These Dreams of You two very different LA novels, and this latest, like Phan's is shockingly up-to-date – Erickson's protagonist and his family have their house foreclosed on as their income shrinks – and is like Erickson's other works (he is a master of the slipstream), very smart about what it means to tell a story. He uses every trick in the novelist's playbook, while keeping a thriller-like pace and a strong heart. The narrative moves forward and backward at the same time, connecting the karmic events in each character's past to their current joys and woes, and events like the assassination of Bobby Kennedy to today's latest news.

There is a quiet version of such vertiginous changes of perspective in Dana Johnson's Elsewhere, California, as we are given two different narrative strands, one featuring a very sophisticated African American artist and her Italian attorney boyfriend and the other, in a strong vernacular, a family from 932 West 80th Street. As in all such stories, we wait for the two strands to intersect, the educated woman in the big house in the hills who makes art using "an unsettled … critique of iconic negrobilia images" and the kids who say "Ima call a ambulance." The main character, Avery, appeared in a couple stories in Dana's first book, Break Any Woman Down, and shares some biographical details with the author.

The Angry Buddhist is Seth Greenland's latest noirish novel, after Shining City and The Bones. Those were set in LA, the first set in "the business" (Greenland has worked as a screewnwriter, including for HBO's Big Love), but this latest is set in Palm Desert. It tells the story of three brothers, one a defrocked cop, one a criminal, and one a politician. This book is already a hit in France, where they also love Elmore Leonard, and one assumes it will have a similar audience here: the same combination of violence and numbskullery, of the comic and the tragic, fatalism and critique. Pure pleasure.