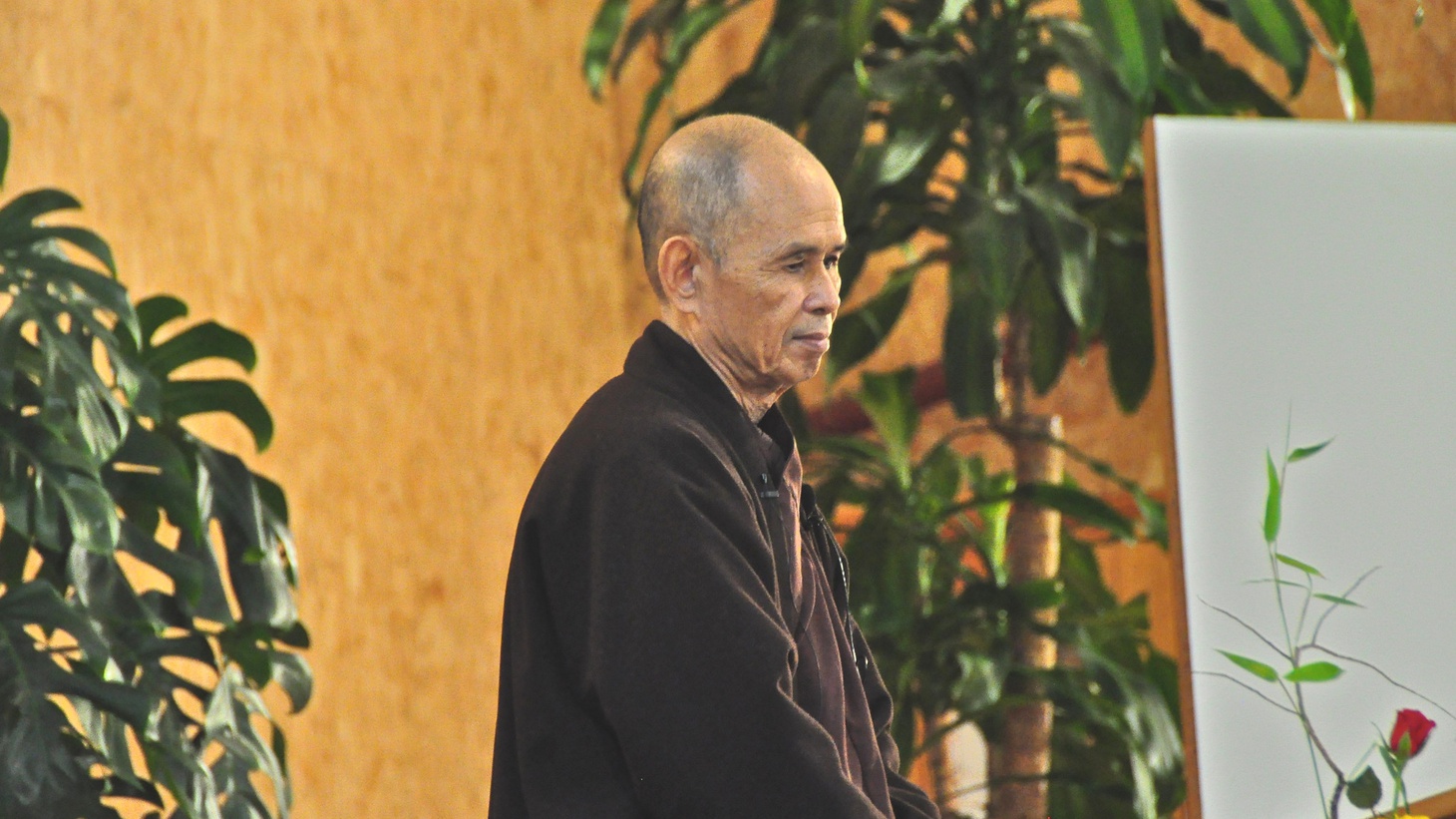 Thich Naht Hanh giving two Dharma talks, including one addressing world leaders who are about to convene in Copenhagen to negotiate a new global environmental treaty, November, 2009. Photo by Geoff Livingston (CC BY-ND 2.0).

The Jan. 22 death of Thich Nhat Hanh marked the loss of one of the most significant leaders of the Buddhist world. An influential global figure, he was both active in the peace and civil rights movement, marching for peace in Vietnam and standing alongside Dr Martin Luther King. For most Americans and westerners, Thich Nhat Hanh is also remembered for his ability to bring Buddhism and the world of mindfulness to the West.