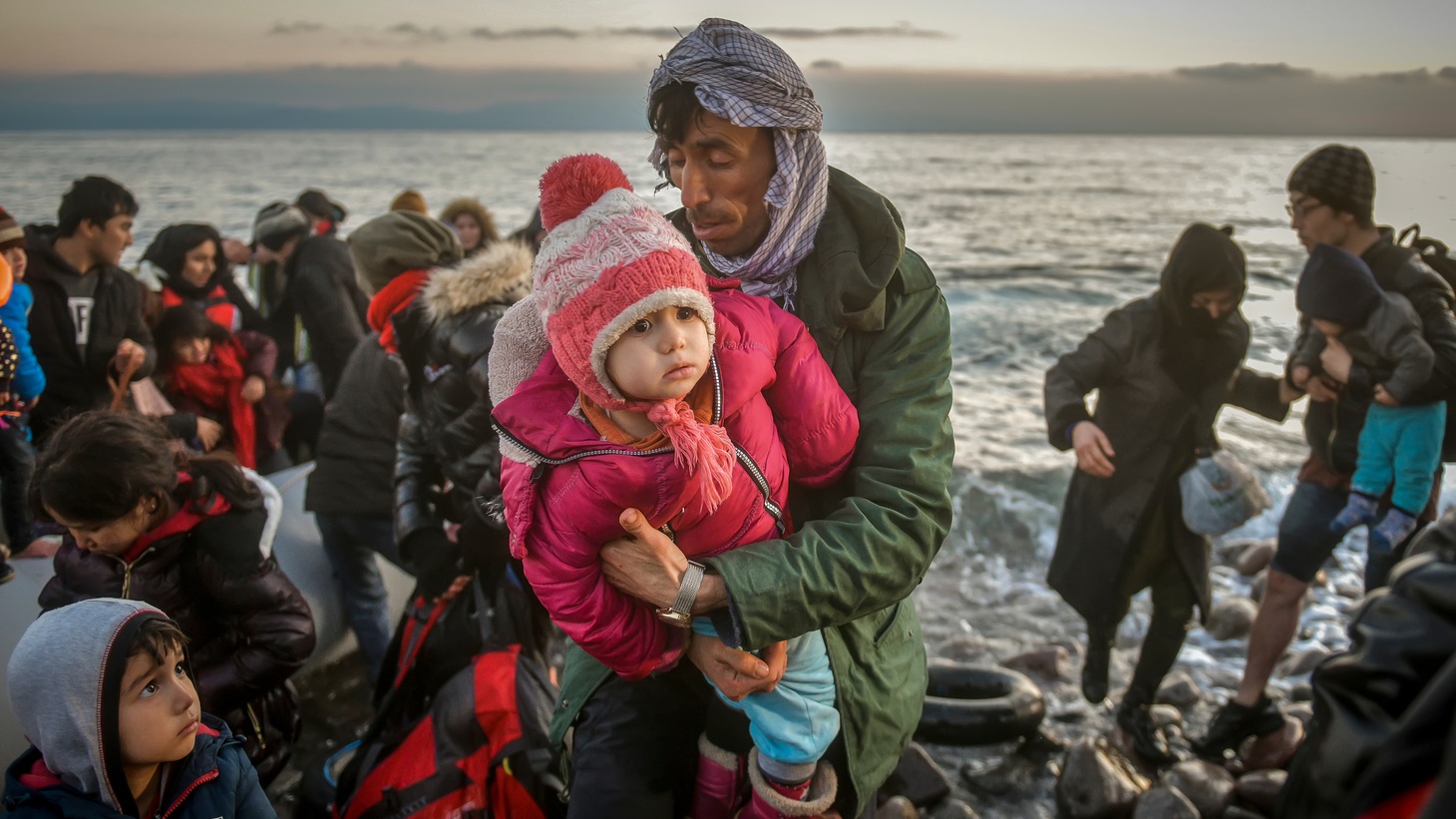 Refugees and Migrants aboard reach the Greek Island of Lesbos after crossing on a dinghy the Aegean sea from Turkey. Lesbos, Greece, March 2, 2020. Photo by Shutterstock.

As Russian bombardment of Ukraine continues, the head of the U.N. refugee agency says the number of refugees leaving Ukraine could total around 4 million, making it the fastest and largest exodus of people in Europe since World War II.

European nations have been stepping up, welcoming women and children with open arms and offering shelter, food and clothing. Though the images are heartwarming, the humanitarian crisis in Ukraine could not be in sharper contrast to other and past migrant crises, where refugees from regions like North Africa and Central America — children and women in particular — have drowned at sea or perished crossing the desert in an effort to seek security and flee conflict. Those who do make it safely to foreign lands are often met with resistance and discrimination.

How do we square that inequity, and why does hatred, racism, and fear of strangers impact our willingness to help those in need?

Jonathan Bastian speaks to historian, psychoanalyst, and psychiatrist George Makari, author of  “Of Fear and Strangers: A History of Xenophobia,” who explores the history of xenophobia, coined in the late 19th century and popularized by an eccentric stenographer. Makari explains how societies developed a fear of the “other,” a demonization and a literal “need to hate.” Those people, Makari says, “rigidly commit themselves to a degraded others, become part of communities that have created atrocities and genocides throughout the world.”

Book cover “Of Fear and Strangers: A History of Xenophobia.” George Makari, Photo by Gabrielle Makari.

Xenophobia and why people love to hate

Historian George Makari explains xenophobia, likening it to a strong emotion. He says some people “fall in hate, the way the rest of us fall in love.”

How do we address the disparity of feeling sympathy for Ukrainian refugees while ignoring the plight of those fleeing conflict zones in North African or Central America? How...