This piece was written for the KCRW music documentary podcast Lost Notes. This season, the poet and cultural critic Hanif Abdurraqib explores a single year: 1980 - the brilliant, awkward and sometimes heartbreaking opening to a monumental decade in popular music. You can find all the episodes from Lost Notes: 1980 here. Support KCRW original programs like Lost Notes by donating or becoming a member.

With any luck, it might one day be safe and comfortable for people to congregate. To gather in small, tightly packed rooms and relieve their bodies of some sweat. To praise at the once-familiar altar of touch, of dancing somewhere other than in front of their own mirrors, to their own playlists. When that day comes, there will be house parties or basement dances where the DJ will be whoever hooks their phone up to a speaker, or whoever agonized over a selection of songs to play before leaving the home. In other places, the DJ might be the person who is willing to string together the most hits in a consecutive order.

When I was coming up, I was known for having a feel for what to play. I didn’t have records, or a turntable. This was in the iPod era, where DJing a house party meant you crammed yourself into a corner and whipped your thumb around in a circle, glancing up occasionally to take stock of the room. What people need, and what they didn’t want any more of. Maybe pausing in between a typhoon of hit songs to sneak in something riskier, for your own sake.

*To celebrate the release of Lost Notes Season 3, join KCRW for an epic conversation about the albums that made a forever stamp on 1980. At the virtual table will be Lost Notes S3 host Hanif Abdurraqib, KCRW DJs Anne Litt and Eric J. Lawrence, Music Journalist and Historian Dart Adams, and YOU. RSVP HERE!

At those parties, and at ones I spent time at in the years after, rap music was the most common vehicle carrying a room towards its exuberant crescendo. And not just the beats themselves, even though the sometimes-familiar sample might encourage a leap from a chair or a couch onto the waiting dance floor. It was sometimes the lyrics. The rhymes that people grew up with and came to know. The memorable lines that people craved finishing alongside someone else who maybe knew the line and craved finishing it. The it was all a dream or don’t be a hard rock when you really are a gem. 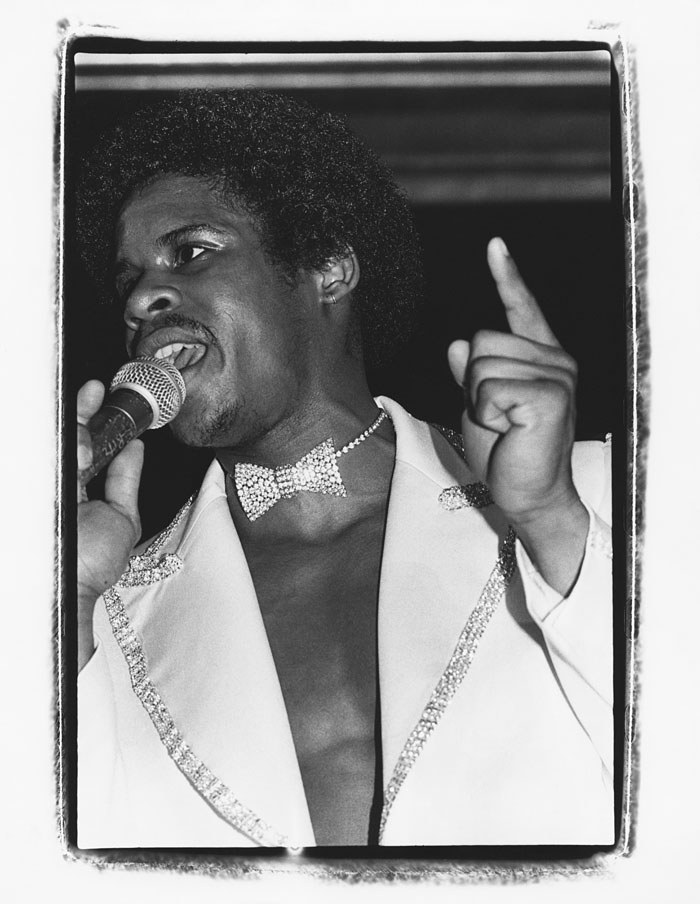 Lately, I have been thinking of this communal reconstruction of song, and how I miss it. Maybe by the time you hear this, those magical moments will once again be flourishing throughout dorm hallways and homes and clubs all through America. But for now, I haven’t been able to stop thinking about how I’ve come to understand the lyric, or the work of the MC as the source of shared communion. A beat is what loosens the limbs, of course. But I love when a song pauses so that an eager crowd can finish a line.

This is rap music as I’ve come to understand it and know it. I was born in the early 1980s. By the time I first started hearing and discovering rap music, it was at the end of that decade, tumbling into the start of the 1990s. Rap was in the midst of another golden era. MCs were larger-than-life personalities. And, even when paired with spectacular DJs, the MC was the one who got the most face-time. There were DJs who rarely spoke, who didn’t enjoy nearly as much camera time, even though their skillset was immense. Take someone like the legendary DJ Jazzy Jeff, who, despite being massive in his own right, would sometimes be eclipsed by the immense personality of The Fresh Prince, Will Smith.

Of course, there were also MCs who knew where their bread was buttered; those who would make songs in tribute to their DJs – LL Cool J’s “Go Cut Creator Go,” or Rakim’s “Eric B. Is President.”

But audiences, by that point, had been trained to focus in on the MC.

For people who love and know hip-hop now, it might be difficult to imagine a hip-hop landscape where the MC was secondary, but at the inception of the culture, the DJ was the star. The DJ held all of the power because it was the DJ who held, at their fingertips, the ability to persuade people to move. In the 70s, people came to hear DJs spin. To hear them cut up familiar records – tear apart old sounds and reshape them into something fresher. Packing dance parties that pushed through the nighttime, until a sunrise teased the sky.

Back then the role of the MC was, quite literally, to be a Master of Ceremonies. The MC’s role was much like that of a boxer’s hype man. Pumping up the crowd by way of extolling the DJs virtues. When the evening seemed to reach its peak, or if the crowd seemed to be giving into the exhaustion, the MC would hop on the mic and pump the crowd back up.

It is important to understand that the birth of hip-hop and the birth of rap music itself are two different things. The former allowed for the latter, of course. But hip-hop, as a culture, began to bubble up in the early seventies. Hip-hop was, first, about gathering – a mode of political expression among marginalized youth in New York. Fluorescent, looping graffiti tagging the city’s subways. People breaking in hallways, on streets, at house parties. And, of course, at the genesis of it all was the DJ. DJs like Kool Herc in 1973 began tinkering with dual turntables and mixers as a way to extend beats and isolate percussion breaks.

For this reason, some people couldn’t fathom a world where an MC or a group of MCs took center stage. That began to shift as the 70s wore on, and came to the head as the 70s turned over into the 80s. A big part of this happened at the hands of producers, managers, and husband and wife team Sylvia and Joe Robinson., The couple who founded Sugar Hill Records in 1979, named after the Sugar Hill neighborhood in Harlem.

The first record on the label was the song “Rapper’s Delight." It ended up becoming the first top 40 hip-hop single.

It was recorded by the Sugarhill Gang, a group of three MCs that were assembled by the Robinsons, with the goal of making a rap song that pushed MCs to the forefront. Big Bank Hank, Wonder Mike, and Master Gee were all from Englewood, New Jersey. 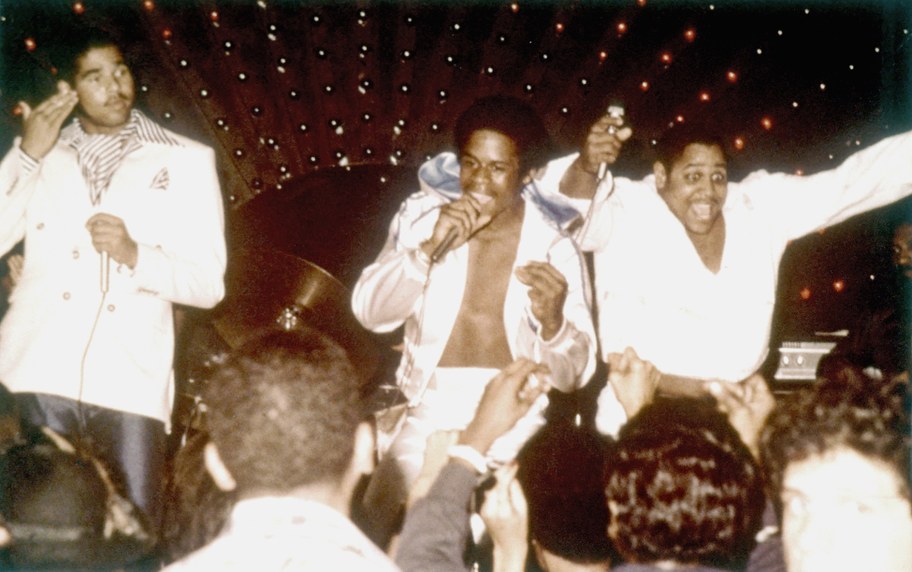 Just before Sugarhill started, Big Bank Hank worked at a pizza shop and managed the Cold Crush Brothers on the side.

Sylvia Robinson had heard about hip-hop from her son, and was on the lookout for rappers who might want to form a group. When she overheard Big Bank Hank kicking some of the Cold Crush Brothers rhymes, she knew she had an in. The group found instant success with the single, and in 1980, there was an album on the horizon. An album of rapping, at the time, seemed implausible, without commercial viability. Throughout the 70s, there were mixtapes of audio from parties where DJs would rock and MCs would move the crowd. This seemed to suffice until the Sugarhill Gang came along with “Rapper’s Delight.” 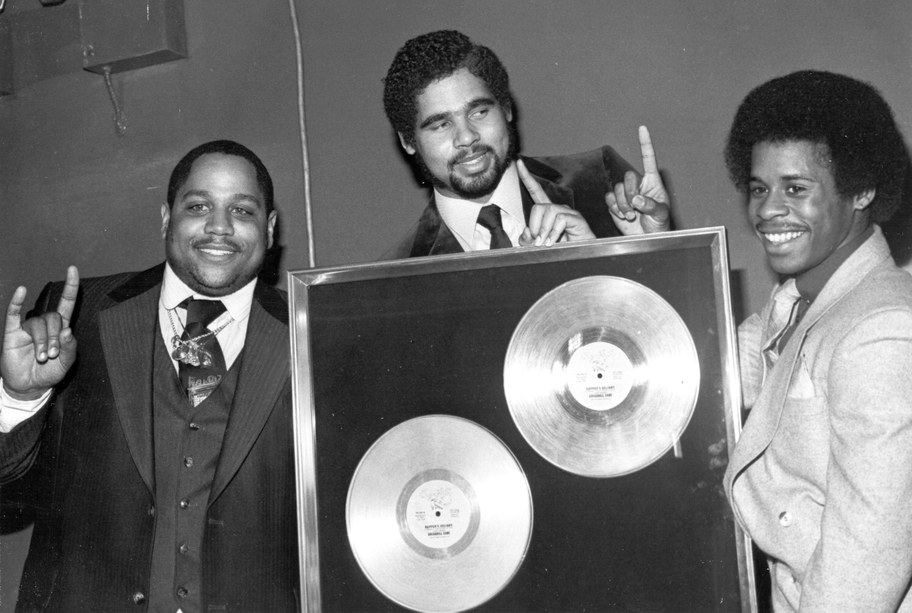 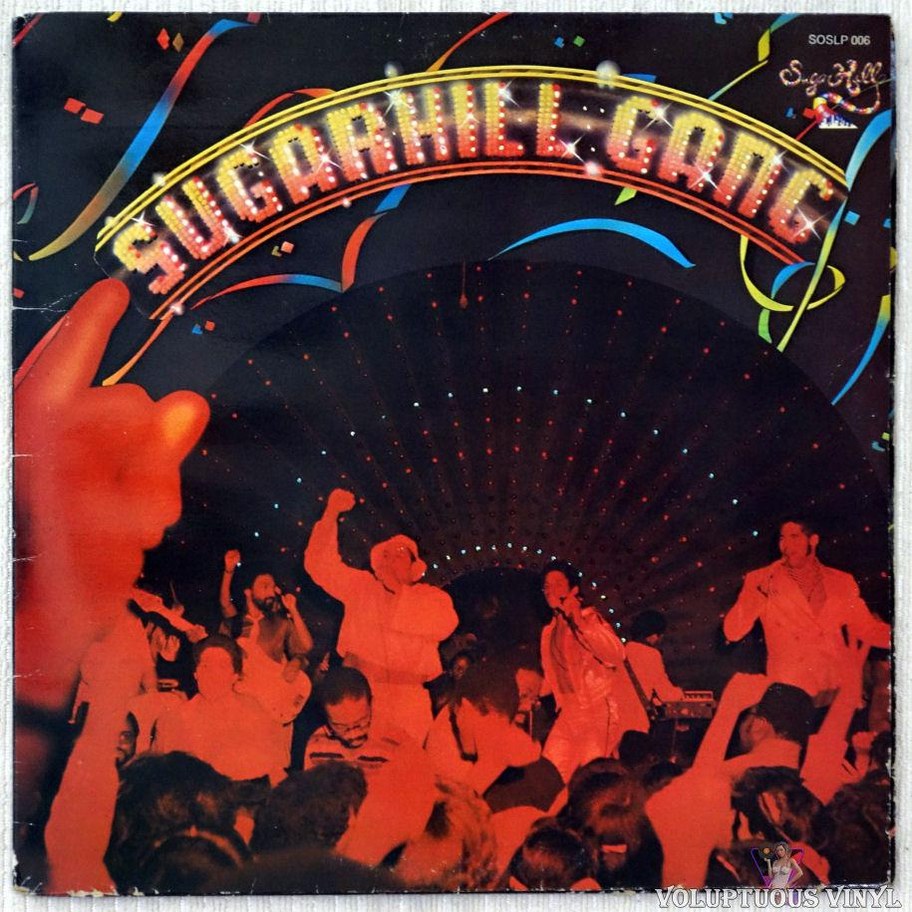 When one considers some of the greatest rap albums of all time, I wouldn’t imagine much of anyone would mention the first Sugarhill album that splashed into the opening part of a new decade, brimming with possibility. When one thinks about the greatest rap groups of all time, Sugarhill Gang might be an afterthought. Hard to imagine the relevance of them or their first album at any point after the mid-80s, when hip-hop had embraced the MC. When new labels with more vision sprouted up to swallow Sugarhill Records, which was buried in litigation and controversy before it shut down in 1986.

But, sometimes, legacy is not about the spark itself, but about the flame the spark causes. Even if the spark is forgotten as the fire grows. In the end, there was a time before Sugarhill Gang made a rap album, and there was a time after. And if not for the release of that record in 1980, maybe someone else might have done it. An album of rapping might have come in another year. Some other producer looking for a buck might have put the pieces together to cash in on the then-still emerging trend. But, maybe not for years, or maybe not at all. Either way, the history of rap music as we know it would have shifted. The rappers who came up in the 70s and 80s and made their biggest splashes in the 90s might have had their careers altered, their inspirations limited. On the other side of the imperfect Sugarhill Gang and their imperfect quest to get rap music on the charts is a familiar room. With a rap song everyone knows all of the words to. Lyrics being kicked over an old instrumental in a car’s backseat. Impromptu freestyle battles at lunch with closed fists and open palms beating a rhythm out of a table’s surface. There is language, forming a chain with other language, until it makes a speaker feel limitless.

This piece was informed in part by a conversation Hanif Abdurraqib had with Dart Adams, a music writer and hip-hop historian from Boston, Massachusetts. Lost Notes listeners may remember Dart from the episode about New Edition in the show’s first season. You can find their interview at the end of this episode.

You can also visit this link to listen to excerpts from Hanif’s conversation with Regan Sommer McCoy, the founder of the Mixtape Museum, at On Air Fest in Brooklyn on March 8, 2020. Sommer and I talked before a live audience about the early history of hip-hop.

Special thanks to Regan Sommer McCoy, Jemma Brown, Scott Newman, and Sam Bair for their help making that conversation happen.

Lost Notes: 1980 was written and performed by Hanif Abdurraqib.
The senior producer for Lost Notes is Myke Dodge Weiskopf.
The show’s creator and executive producer is Nick White. He also edited this piece.
KCRW’s USC-Luminary fellow is Victoria Alejandro, and she provided production support for this series.
Special thanks to Alex Cerilla, Kristen Lepore, David Weinberg, Adria Kloke, and Dart Adams. Also to Christopher Ho, Drew Tewksbury, Rachel Gertz and to so many others at KCRW who helped bring this show to life.