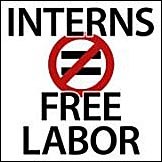 Eric Glatt, a former unpaid intern who worked on the 2010 Fox Searchlight movie, Black Swan, talks about suing the studio for what he calls "wage theft." Glatt and another former intern, Alex Footman, filed a successful class action lawsuit which the studio says it will appeal. In the wake of their ruling, they've started a trend. Glatt sees it as an issue that's pervasive in the economy but thinks that Hollywood exploits people's emotional attachment to movies and TV to get them to work for free.

Glatt is now getting a law degree at Georgetown University and is looking at how the federal government uses unpaid interns.

A Former Intern Who Sued Fox Speaks Out; 'Under the Dome'

Eric Glatt, a former unpaid intern who worked on the 2010 Fox Searchlight movie, Black Swan, talks about suing the studio for what he calls "wage theft." Glatt and another...

The new CBS hit, Under the Dome , is an adaptation of the Stephen King novel of the same name. Brian K. Vaughn, noted comic book author and former writer/producer of...