For his Netflix kids show ‘Beat Bugs,’ Josh Wakely--a writer from Australia with no name recognition in Hollywood--worked a miracle: he got the rights to use Beatles music in the series. Next, he had to find artists to perform covers of the songs. And in another miracle, he got those too--including Eddie Vedder, Rod Stewart and Sia--just to name a few. 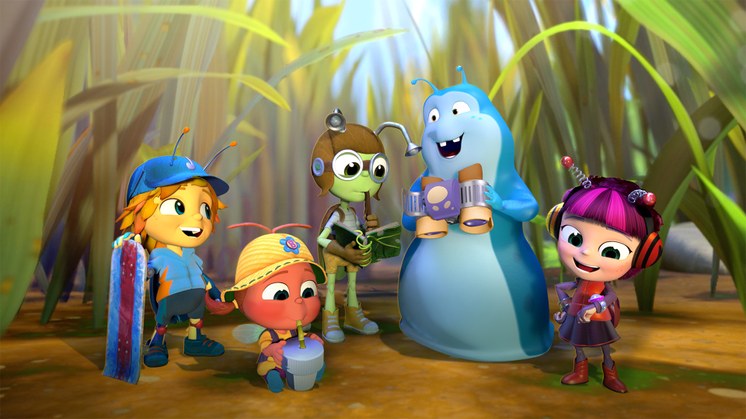 Never afraid of going big, Wakely now has a new animated show on Netflix. This one’s called ‘Motown Magic,’ in which a group of kids solves problems to the tune of of another set of iconic songs with the help of a magical paintbrush. For Motown Magic, he got one of the legends of Motown--Smokey Robinson--on board to supervise the music.

Wakely tells us about his years-long quest for these seemingly ungettable rights. And he’s not stopping with The Beatles and Motown--next up is a scripted series for adults, based on the music of Bob Dylan. Yup, he got those rights too.

A New York Times investigation explains how Les Moonves tried to silence an accuser in the final months before his fall.

For his Netflix kids show ‘ Beat Bugs ,’ Josh Wakely--a writer from Australia with no name recognition in Hollywood--worked a miracle: he got the rights to use Beatles...