The imaginary city of San Fransokyo, a mash-up of San Francisco and Tokyo, is the setting of Disney's latest animated movie, Big Hero 6.

Don Hall and Chris Williams directed the film, which begins by exploring the bond between Hiro Hamada, a brilliant but unmotivated young inventor, and his studious big brother, Tadashi.

Tadashi creates a robot named Baymax, but this is not a menacing, metallic robot. Baymax is friendly, soft, inflatable, and caring.

Of course, life gets complicated for Hiro and Baymax, who team up with Hiro's schoolmates in an epic battle with a mysterious villain.

Our guests, producer Roy Conli and Andrew Millstein, president of Disney Animation Studios, are Disney veterans who were on board in the old days of hand-drawn animation -- long before Disney acquired Pixar or Marvel. 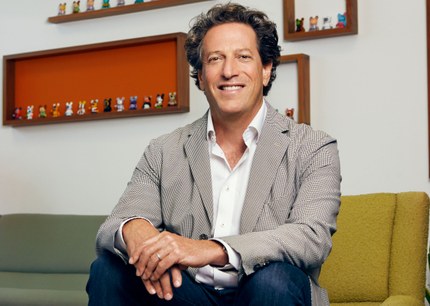 It was in the Marvel library that co-director Don Hall found inspiration for Big Hero 6. The film is loosely based on a little-known comic book, but the Marvel connection isn't promoted in the film or even mentioned in the marketing. From the start, producer Roy Conli says, it was clear that creative control would belong to the animators and directors, despite Marvel's great power at Disney. 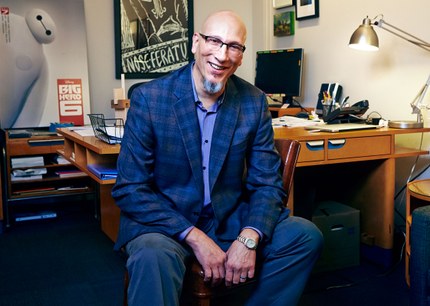 In their conversation with Kim Masters, Conli and Millstein also reflect on the way Disney has changed over the years, and the benefit of regular screenings with a group known as The Story Trust.

The imaginary city of San Fransokyo, a mash-up of San Francisco and Tokyo, is the setting of Disney's latest animated movie, Big Hero 6 .