Filmmakers Alexis Bloom and Fisher Stevens didn't initially set out to make a film about Debbie Reynolds and Carrie Fisher, but that's what ended up happening after Fisher approached them about documenting some of her mother's final performances of her one-woman show.

With time, the project evolved, and their new film Bright Lights offers an intimate portrait of the extraordinary mother-daughter duo. Over the course of filming, Reynold's health did begin to deteriorate, but Stevens says they never could have imagined that, "what happened, happened."

With the death of Fisher at age 60 and the passing of Reynolds just one day later at 84, Bright Lights is now presented in memoriam. Originally set to air in March, HBO has moved up the film's premiere to January 7.

Still in shock from the sudden loss of both women, Bloom and Stevens join us on the show to talk about the joys and challenges of making Bright Lights, including getting Reynolds to understand the very concept of a documentary and convincing Fisher to let them film her at a Star Wars' fan convention. 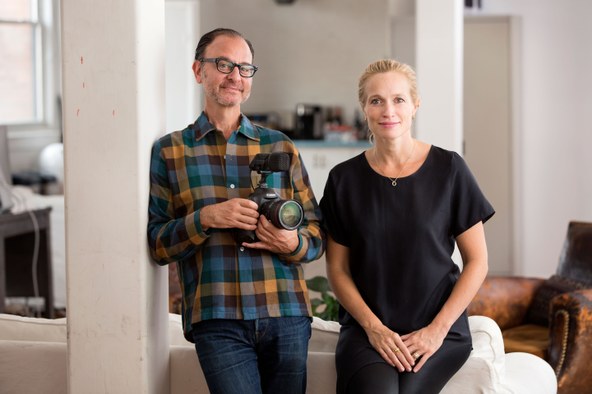 Bloom and Stevens hope their film can deliver something uplifting to fans who are in mourning and offer a message of inspiration. "Individually, they were both incredible, kick-ass women,' Bloom told us. "Together they were even more."

Filmmakers Alexis Bloom and Fisher Stevens didn't initially set out to make a film about Debbie Reynolds and Carrie Fisher, but that's what ended up happening after Fisher...