Lauren Greenfield's new documentary, The Queen of Versailles, tells the story of billionaire couple Jackie and David Siegel, who were in the midst of building the largest home in the United States when the financial crisis hit and they had to face their excess and delusion. The film premiered at Sundance, where Greenfield won an award for her directing. But just prior to the premiere David Siegel sued her for defamation. Greenfield discusses the process of making the film, the degree to which she was open with the Siegels about the story she was telling, and how she sees their story as an allegory for America's drive towards consuming more and more. 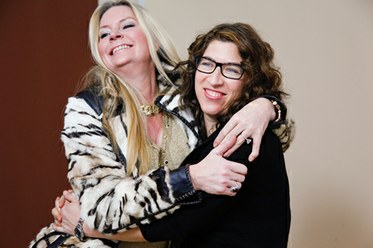 This commentary was originally published in the Hollywood Reporter . It was written by 'Anonymous' who's described in the magazine as, "A veteran Hollywood publicist who...

Lauren Greenfield's new documentary, The Queen of Versailles , tells the story of billionaire couple Jackie and David Siegel, who were in the midst of building the largest...