A few weeks ago, back in December, we decided to get out of the studio and visit a movie shoot. We went to downtown LA, where we caught up with Chilean filmmaker Sebastián Lelio. His most recent movie, ‘A Fantastic Woman,’ is an Oscar nominee in the best foreign language category.

When we had our outing, Lelio was already at work on another movie, 'Gloria,' an English-language version of his own 2013 film of the same name. This one stars Julianne Moore as a lonely woman in her fifties who encounters a new love. When we arrived, Lelio was setting up a shot. Once established, he sat down for a quick chat about the experience of directing in Spanish vs. English, and the advantages of working with a bilingual crew.

A couple of months later, we connected with Lelio again, and this time he brought along actress Daniela Vega, star of Lelio’s latest film, ‘A Fantastic Woman.’ 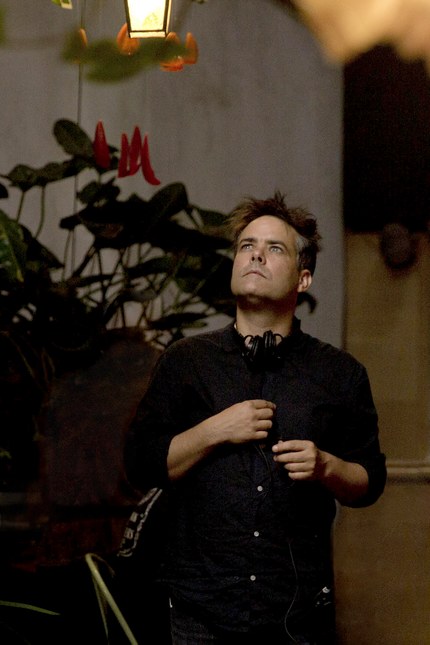 The movie tells the story of Marina, who works as a singer in Santiago, but also waits tables to make ends meet. After a romantic evening with her lover Orlando, Marina’s life is turned upside down when Orlando suddenly falls ill and dies. Marina is left to deal with his hostile ex-wife and children, who have never accepted Orlando’s relationship with her--a transgender woman.

Marina is played by Daniela Vega, the first--and at this point, only--openly transgender actress in Chile. Before ‘A Fantastic Woman,’ she’d only been in one other small film. When Lelio first met her, he only planned to hire her as an advisor.

Lelio explains that after becoming friends with Vega, it was quite clear she was the perfect person for the part. They tell us about the experience of making the movie, the reception of the film in Chile and abroad, and the importance of Vega’s character singing opera.

‘Black Panther’ is here and it is huge. The newest Marvel movie, which makes history with its black director and almost all-black cast, is also being embraced by critics and...

A few weeks ago, back in December, we decided to get out of the studio and visit a movie shoot. We went to downtown LA, where we caught up with Chilean filmmaker Sebastián...