If you were a child, had a child, or were a child at heart any time in the past 50 years or so, you probably have memories of Miss Piggy, Fozzie Bear, Grover, Cookie Monster and, of course, Yoda.

All of them are played by Frank Oz.

Oz, who started performing with the Muppets in 1963, was one of Jim Henson’s closest creative collaborators. He is also one of five Muppet guys featured in the new documentary ‘Muppet Guys Talking.’ Oz directed the film, which was conceived and produced by his wife, Victoria Labalme.

The doc is technically 4 Muppet guys: Frank Oz, Jerry Nelson, Dave Goelz, and Bill Barretta--and one Muppet gal: Fran Brill. In the film, they sit around a coffee table sharing stories from their years of working together--the first time such a conversation has been captured on film. Together they reflect and reminiscence about their characters, the grueling physical challenges of performing and their memories of Muppets founder, Jim Henson.

‘Muppet Guys Talking’ also features archival Muppets footage and illustrations that show how some of the intricate--and sometimes dangerous--puppetry was done.

In addition to his decades with the Muppets, Oz is also the acclaimed director of live action films including ‘Little Shop of Horrors,’ ‘Dirty Rotten Scoundrels,’ ‘What About Bob?’ and ‘Bowfinger.’ 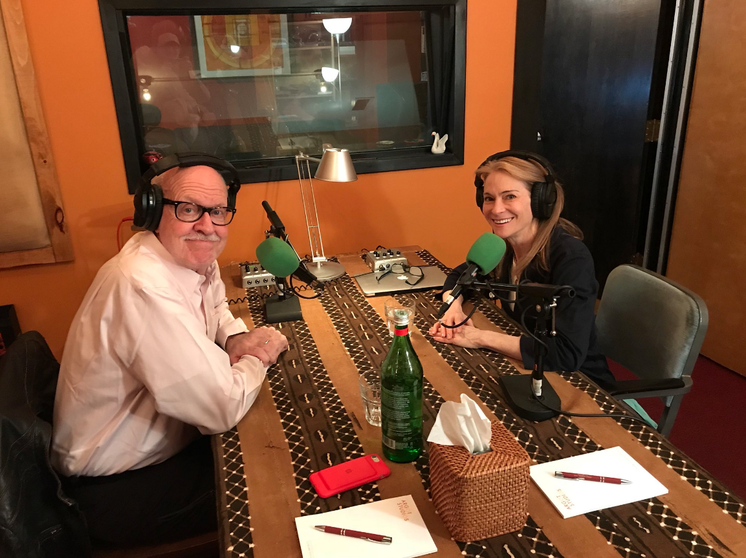 Frank Oz and Victoria Labalme in studio, speaking to The Business

When Frank Oz and Victoria Labalme joined us from a studio in New York, they told us about the motivation behind their film and why they’re distributing it themselves.

Oz also shares his experiences working with notoriously big Hollywood personalities like Bill Murray and Marlon Brando, talks about the problem with Disney’s management of the Muppets, and explains why he recently joined--and is loving--Twitter, despite his aversion to social media.

If you were a child, had a child, or were a child at heart any time in the past 50 years or so, you probably have memories of Miss Piggy, Fozzie Bear, Grover, Cookie Monster...