A new documentary by filmmaker Jennifer Kroot looks at the life of actor, activist and social media master George Takei. When Kroot first approached George Takei and his husband Brad about doing a documentary, the couple wasn’t so sure, but eventually agreed after learning Kroot was a Star Trek fan herself and had been intrigued by Takei after reading his autobiography. The resulting film, To Be Takei, looks at Takei’s life from his childhood in an internment camp to his years on the Star Trek TV show and movies to his recent activism for marriage equality. 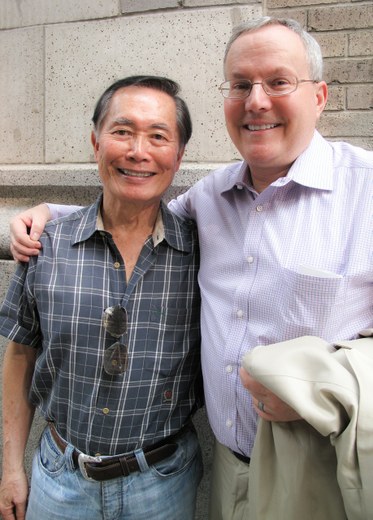 George Takei and his husband Brad

Takei also talks about the massive production problems behind the scenes of the first Star Trek feature film and why it is that after working together for decades, William Shatner claims not to know him.

George Takei on Activism, Shatner and ‘To Be Takei’

A new documentary by filmmaker Jennifer Kroot looks at the life of actor, activist and social media master George Takei.

END_OF_DOCUMENT_TOKEN_TO_BE_REPLACED
KCRW's Good Old Fashioned Pledge Drive:  Donate by MIDNIGHT TONIGHT for your chance to win the soon to be released Apple iPhone 13 and support the music, news, and culture you love.