Girls Trip -- which looks like it will be the breakout R-rated comedy hit of the summer -- follows four best friends who met in college but have drifted apart in recent years. As the movie begins, they have decided to reconnect by heading to New Orleans for a weekend of fun.

The members of the so-called Flossy Posse are played by Regina Hall, Queen Latifah, Jada Pinkett Smith, and someone whose name few would have recognized before girls trip. Until now, Tiffany Haddish was probably best known for a recurring role as Nekeisha on the now-canceled NBC series The Carmichael Show.

For Haddish, Girls Trip has delivered the overnight stardom that she worked for years to achieve. She plays Dina, the crazy, funny friend, and it is fair to say she more than holds her own alongside other members of the Posse.

And even people who haven't seen Girls Trip were charmed by Haddish's recent appearance on Jimmy Kimmel Live, when she told the story of bringing Will and Jada Pinkett Smith along on a swamp tour she booked through Groupon, during a break in filming. 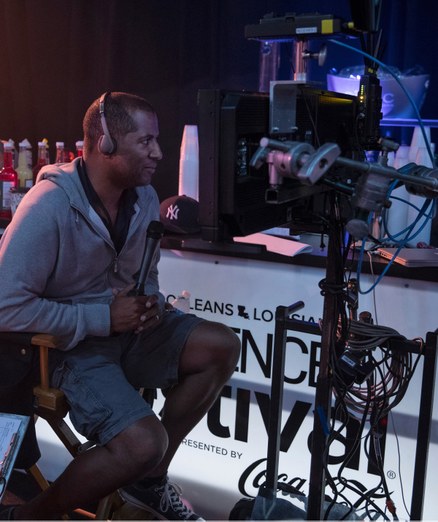 Girls Trip is directed by our other guest today, Malcolm D. Lee, whose past films include The Best Man in 1999, and its 2013 follow-up, The Best Man Holiday, as well as Barbershop: The Next Cut.

Lee and Haddish tell us how they first met, the logistical challenges of shooting during the real-life Essence Festival in New Orleans, and why they want their movie to reach a broad audience. Plus, they share their pitch for a Girls Trip sequel.

Girls Trip -- which looks like it will be the breakout R-rated comedy hit of the summer -- follows four best friends who met in college but have drifted apart in recent...