Kathleen Kennedy and Victoria Mahoney on set of "Star Wars: The Rise of Skywalker." Photo courtesy of Disney.

You may have heard there’s a new “Star Wars” movie out. “The Rise of Skywalker” will be the end of the original Skywalker saga.

With this film, “Star Wars” is making some history behind the scenes, thanks to filmmaker Victoria Mahoney.

Mahoney is the first woman and first person of color to direct in the “Star Wars” movie universe. In her role as second unit director, her crew would often come in right after J.J. Abrams directed a scene and shoot some needed sequences while Abrams moved on. She also directed stunts and action sequences. Having a strong second unit is key to getting a big film done on time, on budget, and in a style that’s indistinguishable from the director’s.

Mahoney directed her first small feature, the semi-autobiographical “Yelling to the Sky,” in 2011. The film premiered at the Berlin Film Festival, got a positive review from the New York Times, but didn’t transform her career overnight. She went on to become a successful TV director, and figured one day she’d make more movies, but she certainly wasn’t expecting a call from "Star Wars" director J.J. Abrams.

Mahoney tells us about starting as an actress and making the decision to move into writing-directing, even if it meant experiencing homelessness in the process. She also explains how meeting Ava DuVernay was a major turning point in her career, and why she loves the pressure that comes with making a “Star Wars” movie. 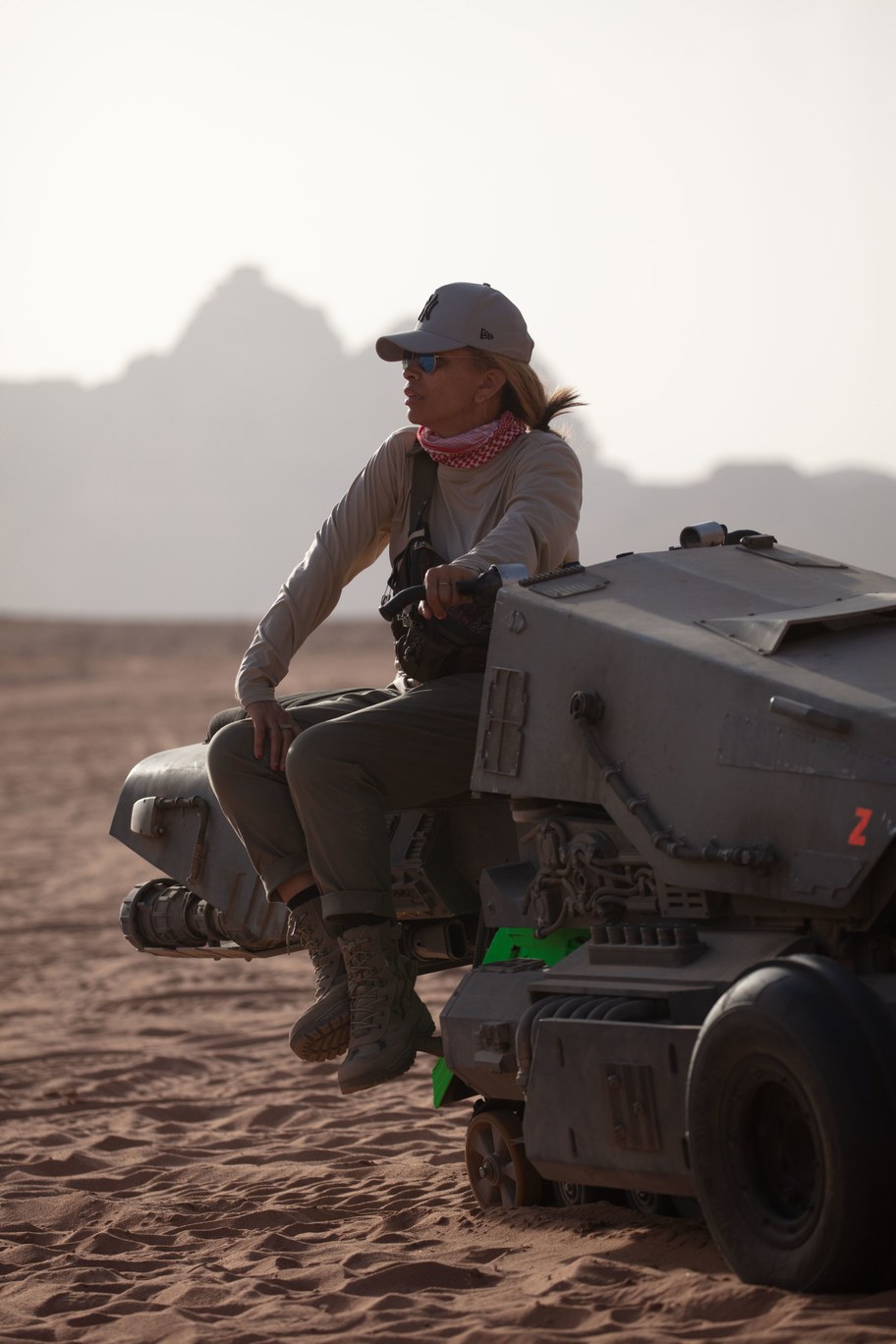 Second unit director Victoria Mahoney on location for "The Rise of Skywalker." Photo courtesy of Disney

While Kim Masters is out of town, Matt Belloni, editorial director of The Hollywood Reporter, joins Lucas Shaw of Bloomberg to discuss top entertainment news stories of the...

Victoria Mahoney is the first woman and first person of color to direct in the “Star Wars” movie universe. In her role as second unit director, her crew would often come in...