The Filmmakers behind 'Indie Game'

Lisanne Pajot and James Swirsky made their new documentary, Indie Game the DIY way. They funded it through Kickstarter and are distributing themselves digitally through their website, iTunes and the video game online site Steam. They spent no money on marketing, but the film got into Sundance, where Scott Rudin and HBO bought the remake rights for a possible comedy series. 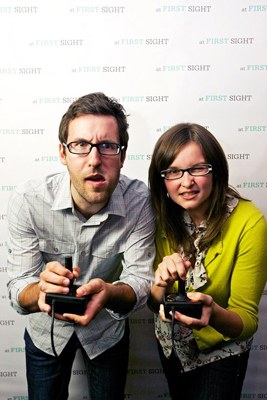 Cult filmmaker James Gunn, who made Tromeo and Juliet and Super and wrote the screenplays for Dawn of the Dead and the two Scooby Doo movies, has written and directed a...

The Filmmakers behind 'Indie Game'

Lisanne Pajot and James Swirsky made their new documentary, Indie Game the DIY way. They funded it through Kickstarter and are distributing themselves digitally through...

Kim Masters and John Horn, entertainment reporter for the Los Angeles Times, banter about some of this week's top Hollywood news stories: - Disney will not accept...