Cult filmmaker James Gunn, who made Tromeo and Juliet and Super and wrote the screenplays for Dawn of the Dead and the two Scooby Doo movies, has written and directed a video game. It's called Lollipop Chainsaw and it's his first foray into that business. Gunn  talks about how freeing it is to write a 1000-page video game and how being part of an 'artform' that's still developing was exciting to him. 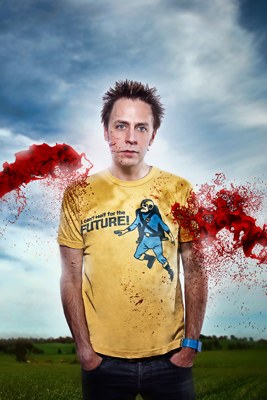 Kim Masters and John Horn, entertainment reporter for the Los Angeles Times, banter about some of this week’s top Hollywood News stories.

Cult filmmaker James Gunn, who made Tromeo and Juliet and Super and wrote the screenplays for Dawn of the Dead and the two Scooby Doo movies, has written and directed a...

Lisanne Pajot and James Swirsky made their new documentary, Indie Game the DIY way. They funded it through Kickstarter and are distributing themselves digitally through...