Television writer-producers Tara Butters and Marc Guggenheim have been married almost 12 years. They recently sat down with Michael Schneider, host of KCRW's podcast The Spin-off, and told him about their careers -- including when they first met.

Guggenheim, who was a lawyer before he left to write full-time for television, was working on, appropriately enough, Law & Order. Butters and her writing partner, Michele Fazekas, were on staff of one of the show's spin-offs, Law & Order: SVU, and worked across the hall. Guggenheim was their go-to guy for legal questions related to the show.

Butters and Fazekas went on to executive produce Reaper on the CW and Resurrection on ABC.

Meanwhile, Guggenheim formed a partnership with mega-producer Greg Berlanti after working with him on several TV shows and a movie. One of their current hit shows, Arrow, returns to the CW for its fifth season on October 5. Guggenheim is also a co-showrunner on the DC comics show Legends of Tomorrow, which is back for a second season on October 13.

A few years back, while Guggenheim was thoroughly entrenched in the DC "Arrowverse," ABC made Butters and Fazekas the showrunners of its new Marvel TV series, Agent Carter, which ran for two seasons before it was cancelled earlier this year. 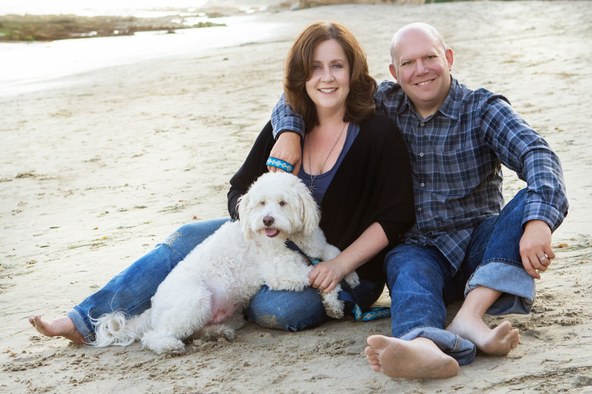 While Guggenheim and Butters were immersed in their respective universes, the philosophical and business differences between DC and Marvel came into sharp focus. They tell us how even though they were technically working for rivals, at home it was never too much of a challenge since they remained steadfast fans of each other's work.

Television writer-producers Tara Butters and Marc Guggenheim have been married almost 12 years. They recently sat down with Michael Schneider, host of KCRW's podcast The...

After British student Meredith Kercher was found brutally murdered in Perugia, Italy, in 2007, news stories quickly focused less on the victim than her roommate, Amanda Knox.