Director Morgan Neville on 'Won't You Be My Neighbor?'

Fifty years ago, ‘Mister Rogers’ Neighborhood’ debuted nationally on public television. Even if you didn’t grow up with the show, you probably know that every episode began with the same ritual.

Mister Rogers would come in through his front door, take off his jacket and put on a colorful cardigan. Then he’d remove his dress shoes in favor of blue sneakers.

All the while, he’d sing the show’s theme song, which ends with a question: "Please won't you be my neighbor?"

‘Won’t You Be My Neighbor’ is also the title of a new documentary that explores the legacy of Fred Rogers, the consummate host of a show that was made for children, but had plenty to teach people of all ages.

The film features interviews with Rogers’ widow and children, as well as the show’s cast and crew--many of who have never spoken publicly about Rogers before.

‘Won’t You Be My Neighbor’ is directed by Morgan Neville, our guest on the show this week. 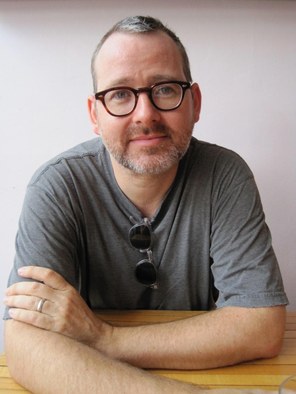 'Won't You Be My Neighbor' director Morgan Neville

Neville’s been producing and directing documentaries for the better part of 20 years. He won an Oscar for ‘20 feet From Stardom,’ his 2013 film about backup singers. Even with all that experience, the reaction to his newest project caught him off guard.

He tells us why he thinks people get so emotional over Mister Rogers, how he got Rogers’ family and estate on board with the project, and explains how he managed to get fully funded before shooting a frame.

‘Won’t You Be My Neighbor?’ trailer

Morgan Neville on his unexpected tearjerker, 'Won't You Be My Neighbor?'

Director Morgan Neville on 'Won't You Be My Neighbor?'

Fifty years ago, ‘Mister Rogers’ Neighborhood’ debuted nationally on public television. Even if you didn’t grow up with the show, you probably know that every episode began...