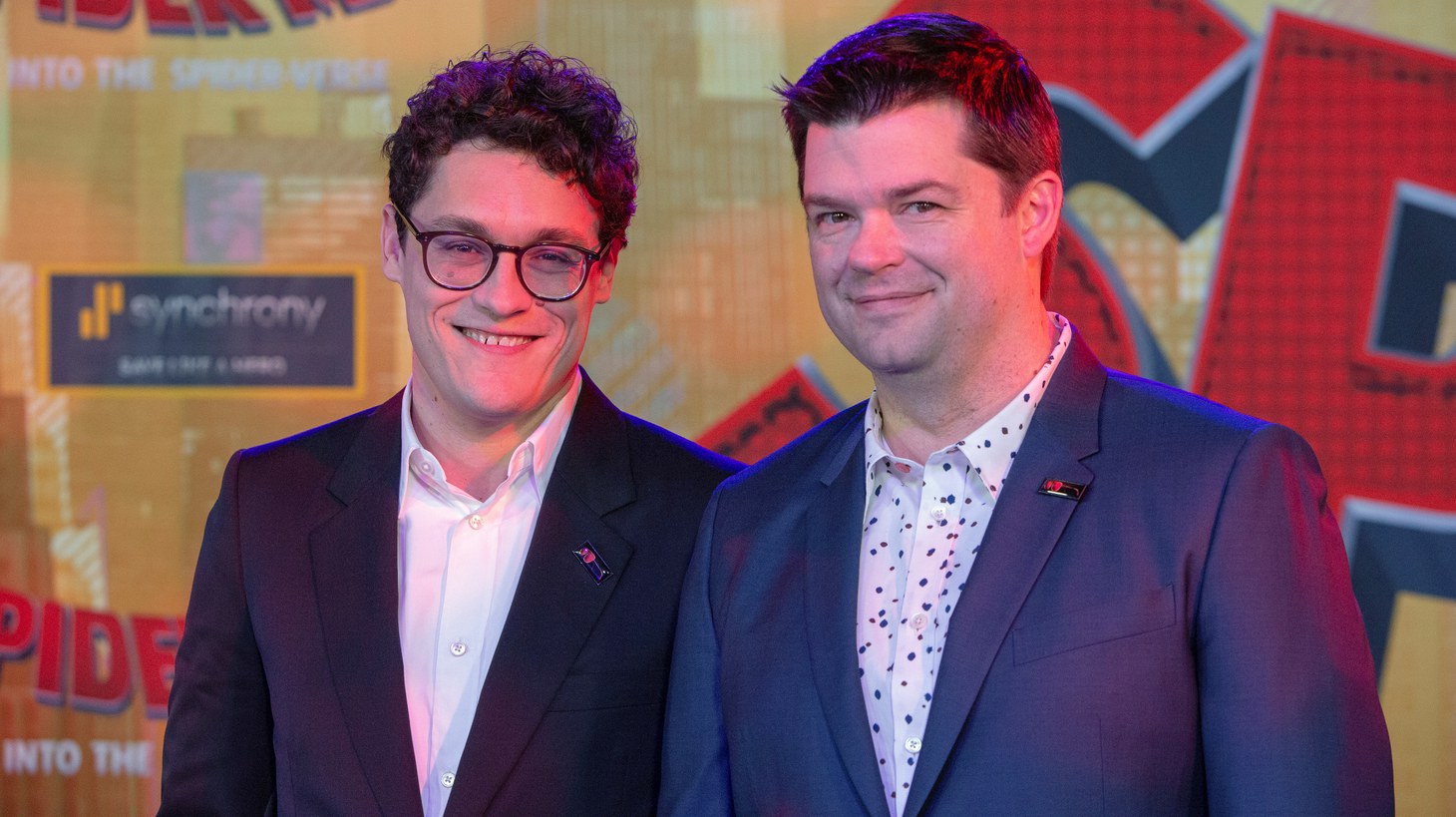 Phil Lord and Chris Miller attend the world premiere for “Spider-Man: Into the Spider-Verse” in 2018. They went on to win an Oscar for producing the animated hit. Photo by REUTERS/Monica Almeida.

Filmmaking team Phil Lord and Chris Miller have been making movies together for years. “Cloudy with a Chance of Meatballs,” “21 Jump Street,” and “The Lego Movie” are just some of their many credits. In 2017 they were fired from the Star Wars spinoff movie “Solo,” but bounced back with an Oscar for Best Animated Feature with “Spider-Man: Into the Spider-Verse.” And they’re currently working on the two sequels for that. Meanwhile, they’ve just dropped the murder-mystery spoof “The Afterparty” on Apple TV+.

“The trick is not to sleep,” Miller says. “There were days when we were shooting ‘The Afterparty’ where — I have pictures of Phil in a field with a laptop, rewriting a scene for ‘Spider-Verse.’ … That’s the kind of balancing act we have to do to try and make these things be as good as they can be.”

Jeff Zucker CNN resignation: ‘An earthquake in the media world’

Jeff Zucker resigned as the head of CNN this week after failing to disclose a relationship with a high-level CNN executive. The revelation came about as a result of the...

Phil Lord and Chris Miller talk about their new Apple TV+ series “The Afterparty.” They also discuss their long creative partnership, the lessons learned from being fired...