Hello, My Name Is Doris

America first got to know Sally Field as the star of two 1960's sitcoms: Gidget and The Flying Nun.

It wasn't easy but eventually, Field broke into film, winning Best Actress Oscars for Norma Rae and Places in the Heart.

In the late nineties, Field returned to television, winning Emmys for a recurring role on ER and for her turn as a matriarch on the ABC drama Brothers & Sisters. More recently she played the first lady in Steven Spielberg's Lincoln. But it's been almost 20 years since she headlined a film.

Now she stars as the title character in the new indie dramedy, Hello, My Name Is Doris, directed by Michael Showalter.

Field plays an eccentric single woman who for years devoted herself to her now-deceased mother. Facing this new chasm in her life, Doris develops an obsession with John, a hunky newcomer at her office played by Max Greenfield. Despite vast the age difference, the two develop a genuine connection, though Doris can't help herself from drifting off into some break room fantasies.

Hello, My Name Is Doris is a change of pace for Field, as well as for Michael Showalter, a writer and actor who was part of the sketch comedy group,The State. He co-wrote and starred in Wet Hot American Summer -- both the original movie and the Netflix reboot. 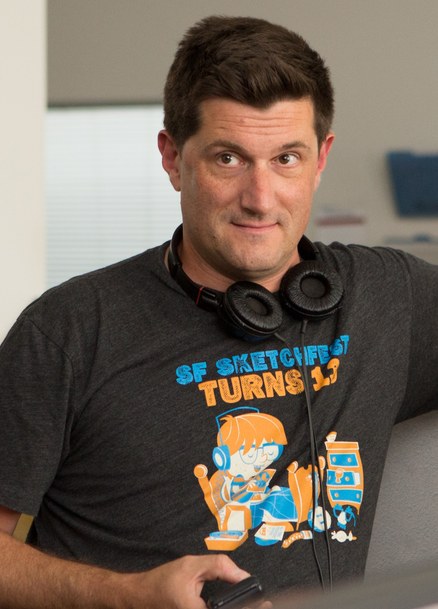 Michael Showalter on the set of "Hello, My Name Is Doris"
Photo: Aaron Epstein

Showalter knew the success of his film depended on finding the perfect person to bring Doris to life. Sally Field was his dream pick but he never imagined she'd say yes.

When Field and Showalter joined us in the studio, Field explained why she was so drawn to Doris and reflected on the many ways the industry has changed -- or not -- over her more than 50 years in the business.

Hello, My Name Is Doris

America first got to know Sally Field as the star of two 1960's sitcoms: Gidget and The Flying Nun.