If you're a fan of ABC's mega-hit, Emmy-magnet sitcom Modern Family, which follows the misadventures of the extended Pritchett clan, you'll remember how Jay's son-in-law Phil lusted for an iPad.

Apple products have fans behind the show's cameras, too. A few months ago Modern Family co-creator Steve Levitan came up with the idea of shooting an entire episode with iPhones, iPads and Macbook Pros. 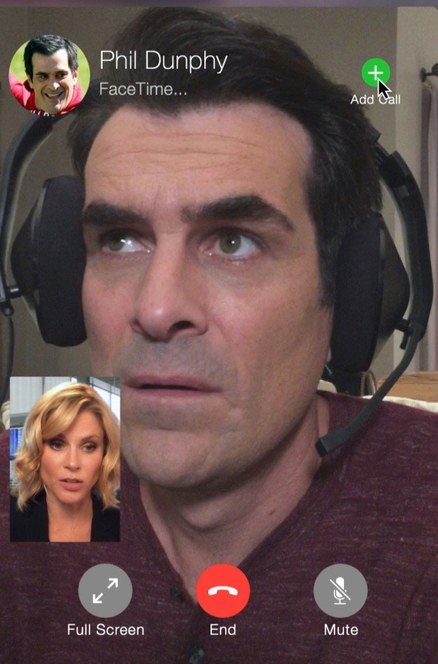 We reached Levitan at his office, and he recorded his end of the interview -- how else? -- with the help of an iPhone. The uniqueness of the episode comes not just from the devices they used to shoot it, Levitan told us, but the fact that the entire episode plays out on Claire's computer screen. Think a longer version of those Google screen capture commercials. Levitan was partially inspired by short film called Noah, something his college-aged daughter clued him into.

Levitan directed the high-tech episode and co-wrote it with Megan Ganz. He said that while this episode took less time to shoot than a typical episode, any time they saved while shooting, was more than made up for in post-production, which took almost three months--the longest a Modern Family episode has ever spent in post. And while there are an awful lot of Apple products featured on screen, there's no official sponsorship or promotion going on here, Levitan just happens to use Apple in his real life.

The very modern Modern Family episode is called "Connection Lost." It premieres on ABC on February 25.

Shot on iPhones: A 'Modern Family' Episode and 'Tangerine'

If you're a fan of ABC's mega-hit, Emmy-magnet sitcom Modern Family , which follows the misadventures of the extended Pritchett clan, you'll remember how Jay's...

When Steve Levitan mentioned a movie shot on iPhones that played at Sundance this year, he was talking about Tangerine , a bittersweet film from Sean Baker that won...