The new documentary The Square gives a gritty, inspirational street-level view from inside the Egyptian uprising. Filmmaker Jehane Noujaim (Control Room) and actor/activist Khalid Abdalla -- who appears in the movie -- talk about how and why they engage in the revolution whose hub has been in Cairo's Tahrir Square since January, 2011. Noujaim shot the film for over two years with little financial backing, and threats from the police and military. She premiered the film at the Sundance Film Festival in January, 2013, where it won an Audience Award, but that version wasn't the full story. The revolutionaries were back in the streets demanding change. After the festival, Noujaim and her colleagues returned to Cairo to record the events of this year which led to the ouster of President Mohamed Morsi. They then recut the movie -- on the road out of the country so as not to have their footage taken. That version of the film is now in theaters in New York and Los Angeles and will be streamed on Netflix in January, 2014. 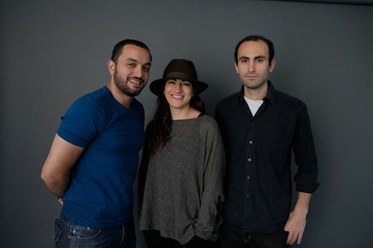 'The Square': Shooting a Revolution

The new documentary The Square gives a gritty, inspirational street-level view from inside the Egyptian uprising. Filmmaker Jehane Noujaim (Control Room) and...