Can the ‘Avatar’ sequel get over the $2 billion hump to succeed? 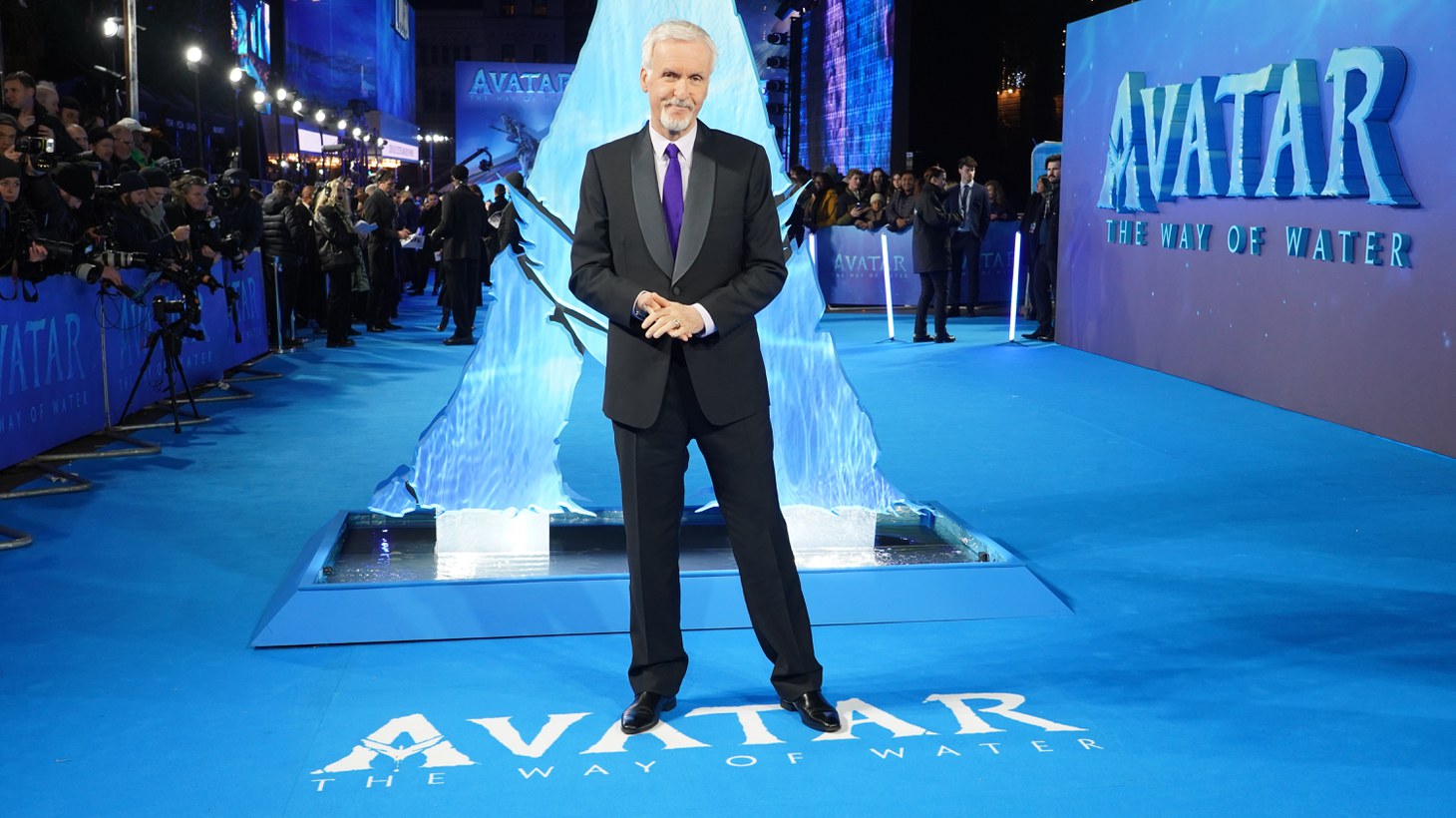 James Cameron arrives for the World Premiere of “Avatar: The Way of Water,” at the Odeon Luxe in Leicester Square in London, on December 6, 2022. Photo by Ian West/REUTERS.

“Avatar: The Way of Water” is rolling into theaters around the world, with director James Cameron securing a coveted China release on December 16, the same day it opens in the United States. The three-hour plus movie, costing more than $350 million, premiered in London in early December, but the total budget for Avatar 2 along with three more sequels, if completed, will come to more than $1 billion for Disney on production cost alone. The 2009 “Avatar” film grossed more than $2.9 billion (unadjusted for inflation), worldwide. Can the “Avatar” sequel get more than $2 billion to be successful?

Plus, Warner Bros. Discovery pulls the plug on another almost finished product. This time, it’s scrapping the second season of Minx on HBO Max. Why?

“Avatar” needs to be one of the top-grossing movies

Kim Masters: Jim Cameron has said himself that this needs to be one of the top-grossing movies of all time because the cost they're copping to $350 million, but we think it's quite a bit more.

It's hard to judge because [“Avatar: The Way of Water”] will serve many purposes. [Cameron has] one more, with all the action shot in the can. He has scripts written for two more after that. They're selling Avatar cereal. They have an Avatar attraction and theme park to promote. Avatar is multipurpose, like the buffalo of movies: none of the parts go to waste, presumably.

But it still [needs] to do that big number.

Matt Belloni: That's the question is whether it could. Most estimates have the opening weekend being about $500 million worldwide.

It has a prime China release

This is a movie that plays extremely well in IMAX and IMAX 3D, which in China, there are about 720, 750 IMAX theaters. So if it does a number there, that could be significant for worldwide box office.

Masters: And there's nothing in his way. All the major studio films got out of the way.

Those 700+ IMAX screens Jim Cameron mentioned – in an upcoming interview – that he's going to be on 60,000 screens in China, that's a lot of screens.

If things go wrong, it could be a short run

Masters: China was shut down for a long time. It's reopened. People were in the streets saying they wanted to see a movie. This is a movie, but if things go wrong, that could be a short run.

Belloni: And there is a movie coming in January in China tied to the New Year's celebration there, [so] that “Avatar” will get bumped out of theaters, likely. So it's not going to have [a] forever run in China like it did last time.

The first [“Avatar”] grew by $275 million in China. The expectation is that this one will gross a lot more there. So that could make up for an expected shortfall in the US if it doesn't get to $1 billion in the US like the original did.

Belloni: This is an overseas franchise. It's no coincidence that the world premiere was in London. Cameron knows that they need to get the world interested in this, and I think that's going to happen. This is like the franchise that people like to knock and say, “Who really cares? Who was asking for this?”

The numbers we have seen consistently show that people do want this. The re-release got to almost $100 million, and that was a 13-year old movie. People want this, and they want to experience it in IMAX and in 3D.

Masters: It's worth it, for the 3D point of view, that's for sure. It's like it's never been seen before, really.

Can the new “Avatar” gross more than $2 billion?

Masters: [Warner Bros. Discovery] has pulled – not for the first time, they're pulling something that's almost done – the second season of the show “Minx,” which was an HBO Max show, produced by Lionsgate.

This thing was almost finished shooting. HBO Max had ordered a second season, and with the thing almost done, they pulled it. David Zaslav has come in for quite a dragging on Twitter, with people reacting to shows that are pulled, or stuff that had been on the service, and vanished. I almost think this could lead to a strike in and of itself because it's got so many people upset.

Warner Bros. goes over the line on this

Belloni: This is a bit of a head scratcher because we know that Warner Bros. Discovery is actively cutting costs wherever they can. They are firing people. They are canceling shows or deciding not to do second, third seasons of shows that you would typically think we'd get them.

But where they go over the line, in my opinion here, is when they scrap something that is either almost finished or finished because that's when you are screwing around with the creative process. People can take the news if you say, “I'm sorry, we're not going to renew your show.” That's fine. It may be tough, but they'll take it. Where people get really upset is when you say, “Yes! Do it. Make the show. Make the movie,” and then either, during the process, or right after the process, say, “Yeah, you know, we actually don't want that.”

Discovery-Warner has created many issues

Masters: This very clever deal that they set up to blend Discovery with Warner Media, it just feels like this debt has created so many issues, and they aren't exactly going about it with some of the scalpel and fine cuts. They're slashing. It feels like it is just staggering under the weight of the debt and creating ill-will in Hollywood. That takes a toll.

Belloni: You have this pristine brand in HBO, and that's the thing they talked about from the very beginning of this deal in April that, “We want to protect and grow the brand, and make sure it's strong.” But this is how you take chunks out of [a] brand, is when you don't live up to your side of a deal, when you make a deal with a creative person and say, “We will make your show and support it.”

They're chipping away at these brands

Belloni: There's a written and unwritten rule there that you don't screw around with that. If you want to be in business with people, and the more they do these things, where they cancel the “Bat Girl” movie after it's done, the “Scoob” sequel. Now we've got these HBO shows. They're doing things that are chipping away at these brands, and they're betting that the brands are strong enough to survive, and they probably are, but they're really taking a chance here.

Masters: Yes, definitely dicey for what was the first among legacy studios.

Can the ‘Avatar’ sequel get over the $2 billion hump to succeed?

The “Avatar” sequel premieres in the United States and China. Can it gross more than $2 billion to succeed? Plus, Warner Bros. Discovery pulls the plug on “Minx” season 2.

Director Ruben Östlund delves into his latest film “Triangle of Sadness,” and the aftermath of its success, while actor Dolly De Leon discusses her part and career.