Glenn Frey is a singer, songwriter, and co-founder of the Eagles, one of the most successful rock bands in history. But a natural guest choice for The Treatment, he is not. After all, Elvis Mitchell is a film critic. Our show is primarily a platform for discussion about the visual arts, and Frey's latest solo album, After Hours, is a beautiful collection of standards, not a movie soundtrack. That said, Glenn Frey and Elvis share a hometown: Detroit, Michigan. They both grew up there at a time when the automobile industry was still booming, and people from all walks of life were going to Michigan to work in manufacturing. Cars weren't the only thing coming out of Detroit. Motown was king, but jazz and country were also breaking new ground. Frey's new album is a collection of classic standards that pay homage to his parents, friends, and the musicians of that golden era. He and Elvis talk Detroit, Dinah Washington, and why it's never too late to reinvent yourself. 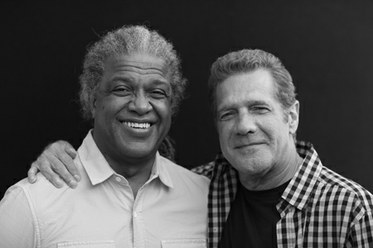