A 28-foot-long Winnebago RV is parked on Jefferson Boulevard in South Los Angeles, sitting directly in front of a thrift store. The RV eclipses the store entirely – makes it invisible from the street. It's not an accident. Inside the RV, a 71-year-old man is cutting hair. That man is Tyreek Bilal.

Bilal got his first job cutting hair when he was 12. It was at a barbershop in Beverly Hills, where he'd meet celebrities like Ronald Reagan and Ray Charles. Throughout Bilal's life, cutting hair is the one thing that's stayed constant – through a stint in prison; a conversion to Islam. Now, he lives in that Winnebago RV on Jefferson Boulevard. He's parked it where he has because he's mourning what the thrift store once was – a mosque. This week, we devote the entire show to the story of Bilal's extraordinary life.

Bilal's Calling was produced by David Weinberg. It's the latest in a series David did for KCRW, Below the Ten: Stories from South LA. 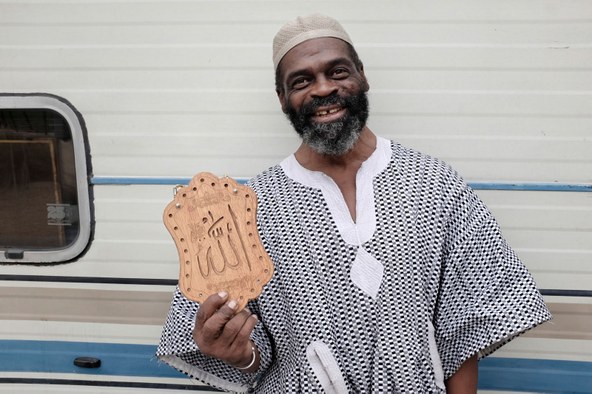 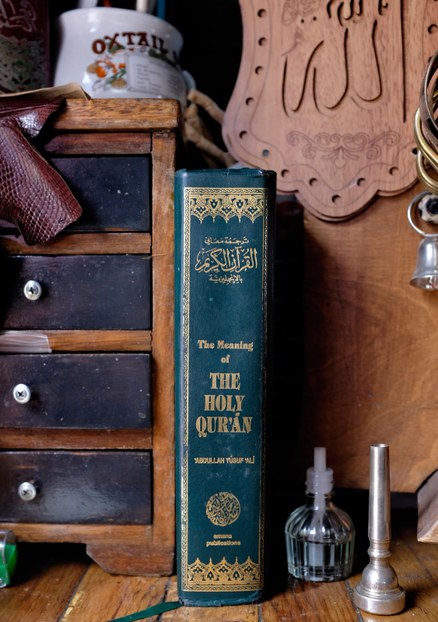 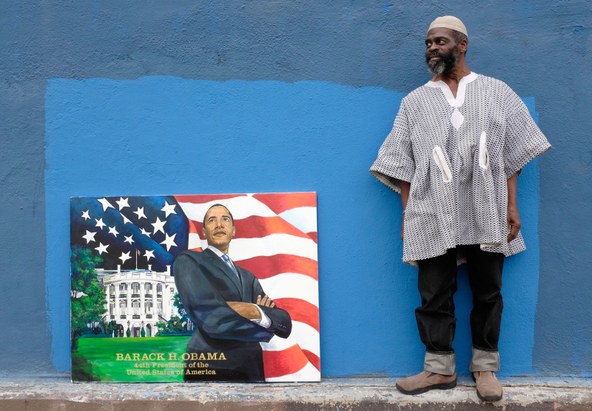 "I never had art class, I taught myself how to paint in jail." 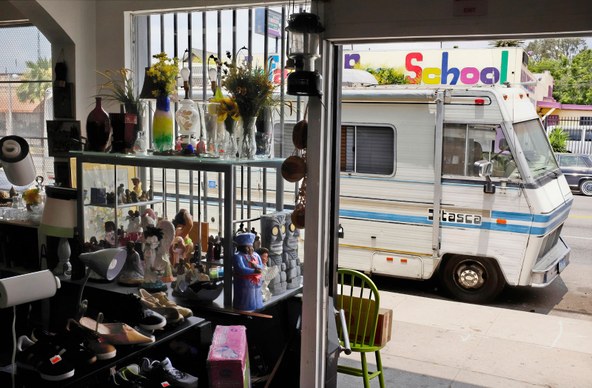 For 18 months, Tyreek Bilal lived in his RV, parked directly in front of the thrift store
in protest, effectively blocking the view of the building from the street. 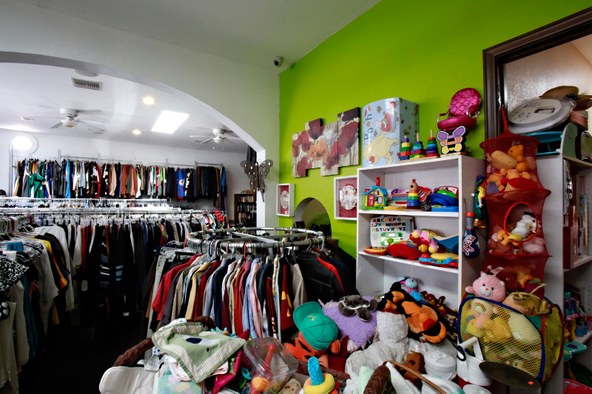 The thrift store on Jefferson Boulevard 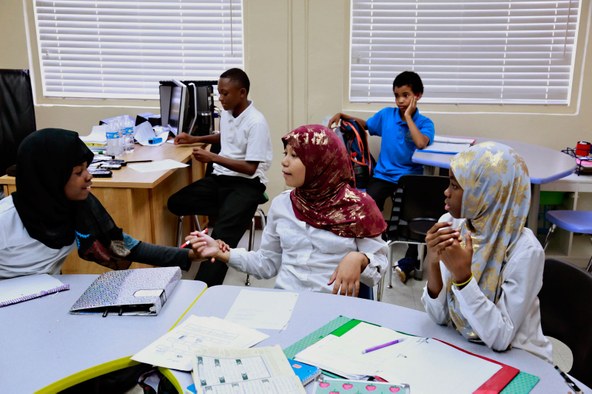 Islah Academy takes its name from an Arabic word that means to renew, revive,
and restore. "Its usage also pertains to reconciling relations between people.
We felt this word best describes our initiative."

All photos by Larry Hirshowitz