Grace of the Sea Luis Gutierez Sanchez calls himself "Grace of the Sea" and has been living in a garage in South LA for six years. But now, he has to move. Producer David Weinberg brings us a chronicle of Grace's life as a gay, undocumented immigrant in Los Angeles. It's a story about love, violence and a magic potato. 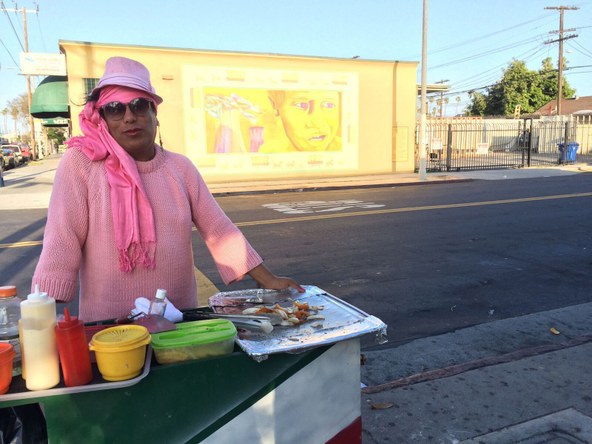 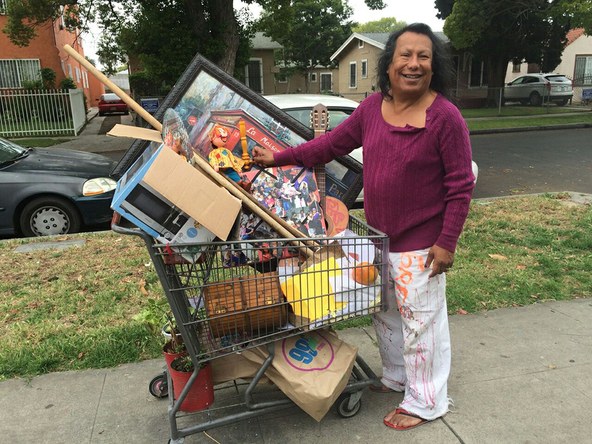 Luis loads up a shopping cart to move his stuff into his new room.
This is the first time he's ever lived in his own room.

This episode is a part of KCRW's ongoing series, Below The Ten: Life in South LA. It features intimate stories about the people who live in some of the city's poorest neighborhoods. The series is supported by a grant from the Conrad N. Hilton Foundation.

Warning: This program contains explicit language and addresses adult topics and themes - including sex and drug use.

Photos courtesy of Below the Ten: Life in South LA