It's been 71 years since the United States dropped atomic bombs on the Japanese cities of Hiroshima and Nagasaki, effectively ending World War II and wreaking havoc and destruction for decades to come. This week, we go to Hiroshima and hear from the people who continue to grapple with the aftermath of the bombing – physical, and psychological.

The story was originally produced by John Biewen in 1995 for Minnesota Public Radio and American Public Media. He produced this version of the story this year, for Scene on Radio, the podcast from the Center for Documentary Studies at Duke University. 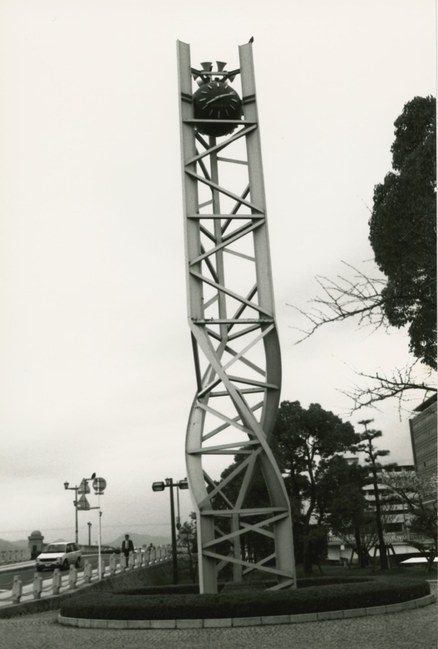 The Hiroshima Peace Clock Tower, in Hiroshima Peace Memorial Park,
which chimes every day at 8:15 AM, marking the time the bomb dropped.
The clock can be heard chiming towards the beginning of Hearing Hiroshima.