Something Can't Be Everything A story of love and magic in Hollywood, from the Everything Is Stories podcast. It's the story of Robin Baker, an aspiring starlet and free-spirited hippy living in 1960's Hollywood, whose life was forever transformed one night when she made a split-second decision. She climbed aboard a Volkswagen bus with a man named Jim Baker, who would later become spiritual leader Father Yod – and her husband. 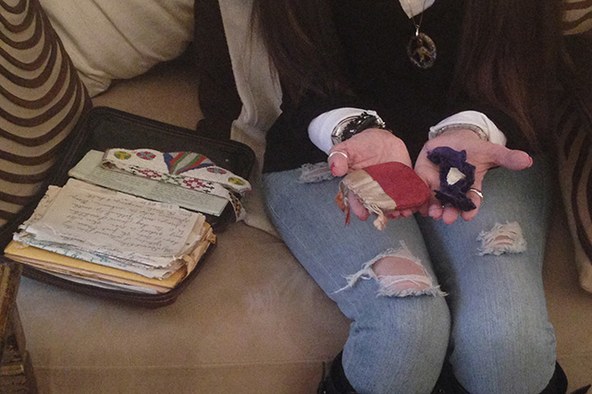 Robin holding a piece of her husband's skull.
Photo courtesy of Isvett Verde 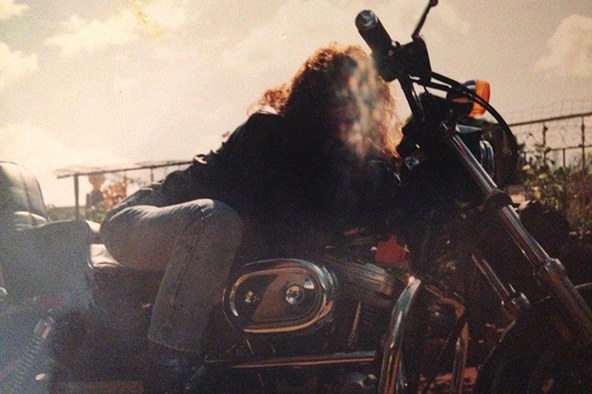 In this photograph, Robin claims Jim Baker's face is intertwined with hers,
signifying that her husband is always looking after her.
Photo courtesy of Robin Baker 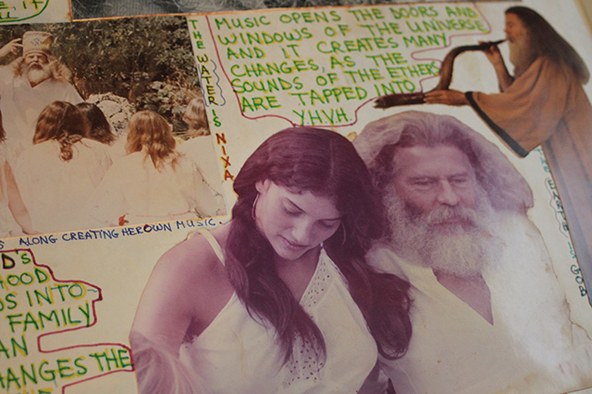