The Descent tells the story of two men whose troubles and tragedies find respite in the raging rapids of Cataract Canyon. Tim DeChristopher is a renowned climate activist who was awaiting sentencing on two felony convictions for fraudulently bidding on oil and gas leases at a federal auction. It was a deliberate act of civil disobedience. Alex Chadwick came to know DeChristopher through his circle of journalistic contacts in the climate and energy arenas. He was in trouble too, reeling from the loss of his wife and his job. A mutual friend, knowing their personal situations, offered to guide them through the Cataract Canyon rapids. Though the rapids can be treacherous, an experienced guide knows "the line" to travel to navigate them safely.

Since this episode was first broadcast, Tim DeChristopher was released from prison after serving 21 months, including 22 days in isolation. This episode includes a conversation between him and Alex Chadwick, a few days after DeChristopher's release.

The Descent was produced by Alex Chadwick and Bill Abbott. It features music from Tabla artist, Aloke Dutta. 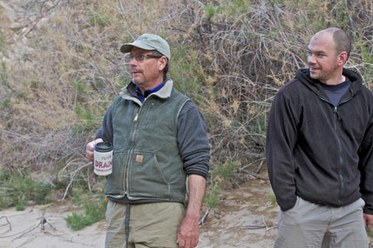 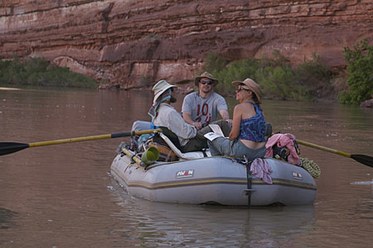 Tim DeChristopher takes a turn at the oars,
with river guide Bob Lippman and his wife, Pam Hackley 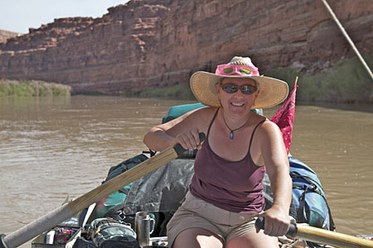 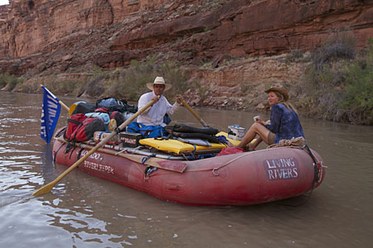 John Weisheit and Laurel Hagen on the Green River