Cassandro is anything but a typical lucha libre fighter. He's a gender-bending gay man – a cross-dresser, or "exótico" – who stood proudly at the intersection between the hyper-masculinity of Mexican fighting and the world of drag and queer identity. He was the queen of lucha libre.

That piece was produced by Victoria Ferran with Just Radio, an award-winning independent production company based in London. Ferran has produced stories for a number of BBC programs, and was named one of the UK Radio Academy's 30 Under 30.

Another version of this story first aired on the BBC World Service and was awarded a silver medal at the 2016 New York Radio Festival. 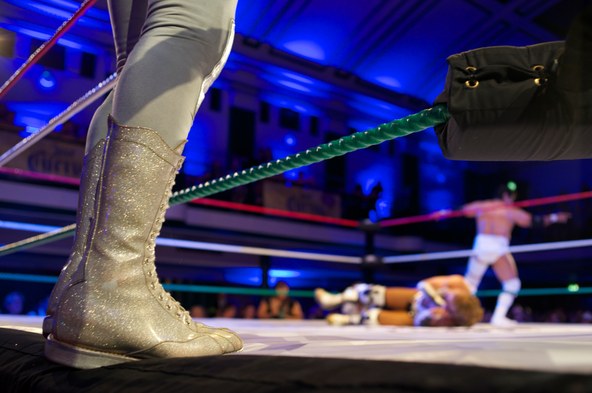 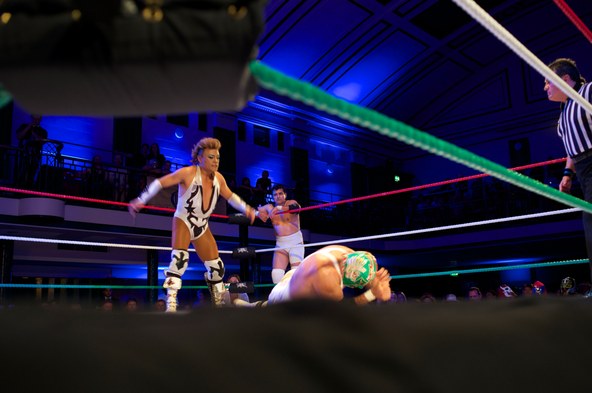 Episode photo: Cassandro at a 2015 show called 'The Greatest Spectacle of Lucha Libre' at the York Hall in Bethnal Green, London. All photos by Chris Osburn unless otherwise indicated.

The Blue Demon is one of the most famous Mexican wrestlers ever, boasting a decades-long career in the ring. And throughout that career, he was plagued – or was it...

Cassandro is anything but a typical lucha libre fighter. He's a gender-bending gay man – a cross-dresser, or "exótico" – who stood proudly at the intersection between the...