In the second half of the program, Ronald Gray and Greg Devlin talk about their jobs as maintenance workers on the temperamental Titan II missiles of the 60's through 80's. They risked their lives simply by working around the volatile rocket fuel, it could kill you with one breath. The two men tell the harrowing story of an accident in Damascus, Arkansas that killed a Titan II maintenance specialist.

Eric Molinsky is a public radio reporter based in New York. He has produced stories for Studio 360, Marketplace, WNYC, NPR, 99% Invisible and Tablet magazine, among others.

He’s the host of Imaginary Worlds, a podcast about science fiction and other fantasy genres.

He also sketches subway commuters on his iPhone, you can check them out on his Tumblr page.

The song at the end is "Escape" by Kongos. 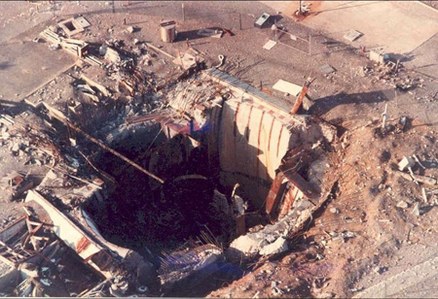 The silo hole, after the 1980 Damascus, AR explosion
Courtesy of Greg Devlin 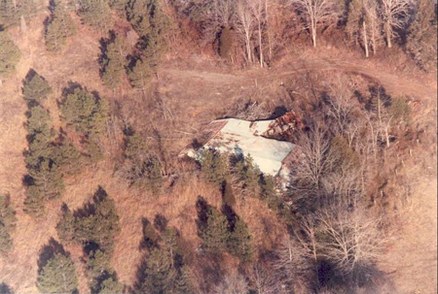 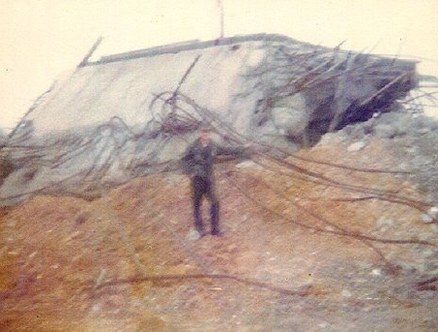 Greg Devlin standing near the chunk of concrete that almost hit him.
Courtesy of Greg Devlin 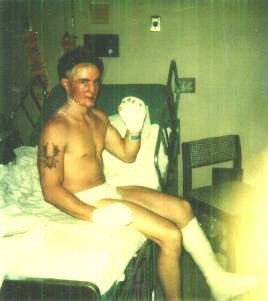 After the explosion, Greg Devlin had a shattered ankle, a severed
Achilles Tendon, and burns on both hands, face and back.
Courtesy of Greg Devlin

We don't really think about them that much anymore, but they're out there. Men and women sitting in underground bunkers, ready to launch nuclear missiles and "mutually...

In the second half of the program, Ronald Gray and Greg Devlin talk about their jobs as maintenance workers on the temperamental Titan II missiles of the 60's through 80's....