Before the East German government locked up Gilbert Furian for seven months, they surveilled him. Meticulously. He wasn't the only one – when the Berlin Wall came down, 124 miles worth of surveillance files were uncovered. Gilbert got ahold of his.

But that wasn't his only glimpse into how the Cold War-era East German government saw him. Because he didn't just find his surveillance file, he also found the man who interrogated him in prison. They bumped into each other, on an escalator – at the mall.

That story was produced by Tony Andrews. Sound recording by Gregory Boyle. 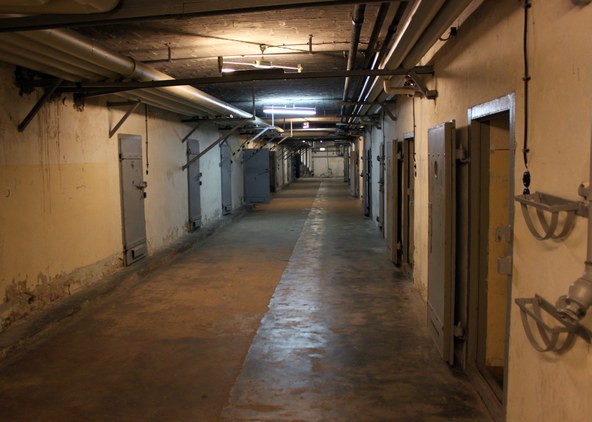 The Stasi prison where Gilbert was held
Photo by Anagoria

A Montana mountain man flees into the woods with a cop hot on his heels. The story of their confrontation, and everything that happened after. That story was produced by...

Before the East German government locked up Gilbert Furian for seven months, they surveilled him. Meticulously. He wasn't the only one – when the Berlin Wall came down, 124...