The Best Music You Sent Us: Foamboy, Immortal Nightbody, Picante, and more

The Best Music You Sent Us: Foamboy, Immortal Nightbody, Picante, and more Graphic by KCRW

Here at KCRW, we get sent a lot of music — like, hundreds of tracks each week. But amidst the label kits, press releases, and streaming automation are a smattering of homegrown, D.I.Y. gems sent straight from our listeners, many of which are worthy of their own due shine.

Welcome to The Best Music You Sent Us, a new semi-monthly series to help you beat the algorithm. Each edition, we’ll be spotlighting listener submissions and under-the-radar artists that caught our ears, and that you need to know about. This week, we’re kicking things off with a mix of underground retro-future sounds from LA, depression disco out of Portland, a sensual jam inspired by Steely Dan (and smoothies), and more.

Immortal Nightbody is an artist from Los Angeles who combines lofi synth production, hip-hop delivery, and incisive lyrics for a sound entirely his own. His music feels both retro and cutting edge, and his self-directed music videos are uniquely stylized and surreal in their VHS-like haze. “Aufhebung,” off of his album “Sublime Objects,” is no different.

It’s late night music. Personal lyrics shrouded in darkness, but a hook to yell along to on the freeway after midnight with the windows down. The music video features Immortal Nightbody flanked by two katana-wielding women with the LA skyline behind them, as he holds a cigarette in one hand and swings a sword with the other. If that doesn’t sound like a good time to you, I don’t know what will. Immortal Nightbody’s newest EP, “to hate like this is to be happy forever,” which he describes as “some kind of desperate-ass inoculation against anxiety and misery,” is out now.

Portland-based artists Katy Ohsiek and Wil Bakula of Foamboy collaborated in the musical collective known as Chromatic Colors, before coming together as a duo to create jazz-inspired dance pop outfit Foamboy during the pandemic. Their song “Better” explores themes of seasonal depression, capitalism, and mental health, all over a funky, undeniably danceable disco beat. On the idea of pairing personal lyrics with sweaty, groovy rhythms, Ohsiek says “Why not? Let's mix this super upbeat music with my depression.”

“Better’ allows you to feel both seen by its lyrics and set free by its music. Its beautifully choreographed music video, directed by Monika Felice Smith(Olivia Rodrigo and Finneas), tracks a main character literally pulled to the ground, who nevertheless strives to pick herself up. Foamboy’s debut album “My Sober Daydream” drops Oct. 1 via Week in Pop. “Better” is streaming now along with the singles “Peach Smoothie” and “Backseat.” 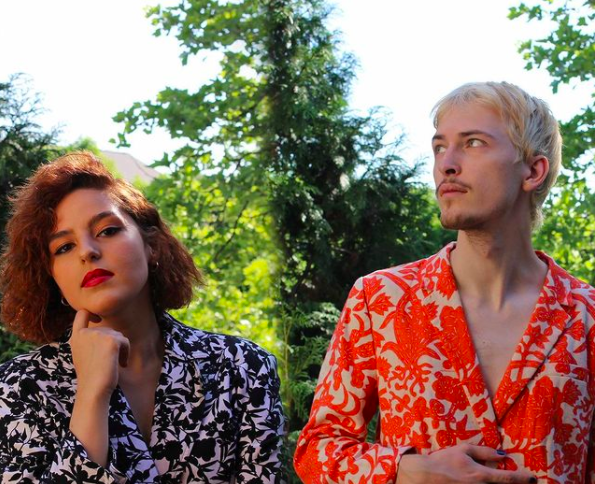 Picante’s “Strawberries and Cream” is a soulful and sensual jam inspired by Steely Dan and smoothies. Photo courtesy of the artist.

Doubling down on Portland duos, Picante is a couple made up of Mia Lentz and Zac Bron. The two met in Chicago three years ago and now spend their days making funk-splattered soul music together out of their apartment home studio. Lentz contributes thoughtful lyrics and soul-stirring vocals, while Bron brings the songs to life with dreamy production, inspired by their background in psychedelic rock and synth-pop.

“Strawberries and Cream” is a soulful and sensual jam inspired by Steely Dan and smoothies. The lyrics are about getting ahead of yourself, and the things people say to each other a bit too soon when they fall in love. From the slow rhythm of Bron’s production, to Lentz’s warm vocals and the hazy saxophone lent by collaborator Jose Guadalupe Flores, this is the perfect track to round out another California summer. It feels like the last bit of sun shining through the window at the end of the day, a fitting soundtrack to bid farewell to sand, sun, and the season’s memories. Picante’s second album “Up All Night” is out Aug. 29 on all streaming services. 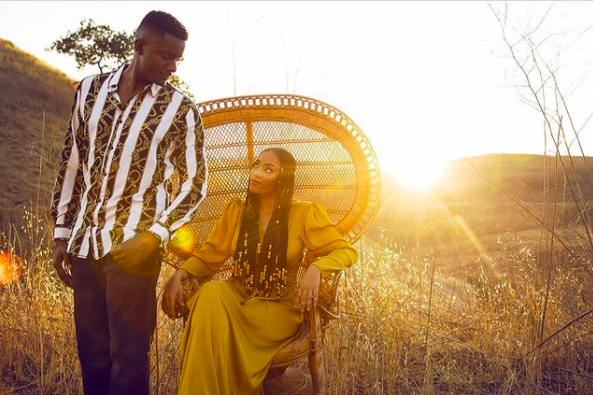 In today’s world, In The AM’s “Way Back Home” is a perfect track for decompressing and recharging. Photo courtesy of the artist.

A husband and wife duo out of LA, Andrew Wright and Maria Katre create jazzy R&B as In The AM. While their partnership comes from a place of shared love, their music doesn’t shy away from more sobering topics. “Way Back Home” is an R&B song that deals with the stress of everyday life and the weight of politics, social justice, and racism.

The track follows vocalist Katre as she struggles to search for humanity and find her sense of home. Wright is a professional producer and mix engineer, so it’s no surprise that the music is lush, airy, and crisp in his hands. If you close your eyes and throw headphones on, it almost feels like you’re in the room with Wright and Katre as they record. In today’s world, “Way Back Home” is a perfect listen for decompressing and recharging.

“The Church of Laundry” - Kelley Ryan

Kelley Ryan, who single handedly wrote, sang, and recorded her newest single, “The Church of Laundry,” describes herself as “a one-man-band like Dick Van Dyke in ‘Mary Poppins.’” With over 20 years of experience singing, writing, recording, and playing music, Ryan’s main focus today is making music she likes, from her dual home studios in Palm Springs and Cork, Ireland.

The track’s music video, which Ryan also shot, alternates vintage archival footage of women doing laundry, posing for the camera, and literally floating through outer space, juxtaposed with shots of Ryan herself doing laundry. “The Church of Laundry” encourages finding freedom and joy in the mundane, a message always worthy of reminding ourselves. While she hasn’t announced plans for a new album at the moment, Ryan has an extensive catalogue of music, whether under her own name or her moniker astroPuppees for your listening pleasure.