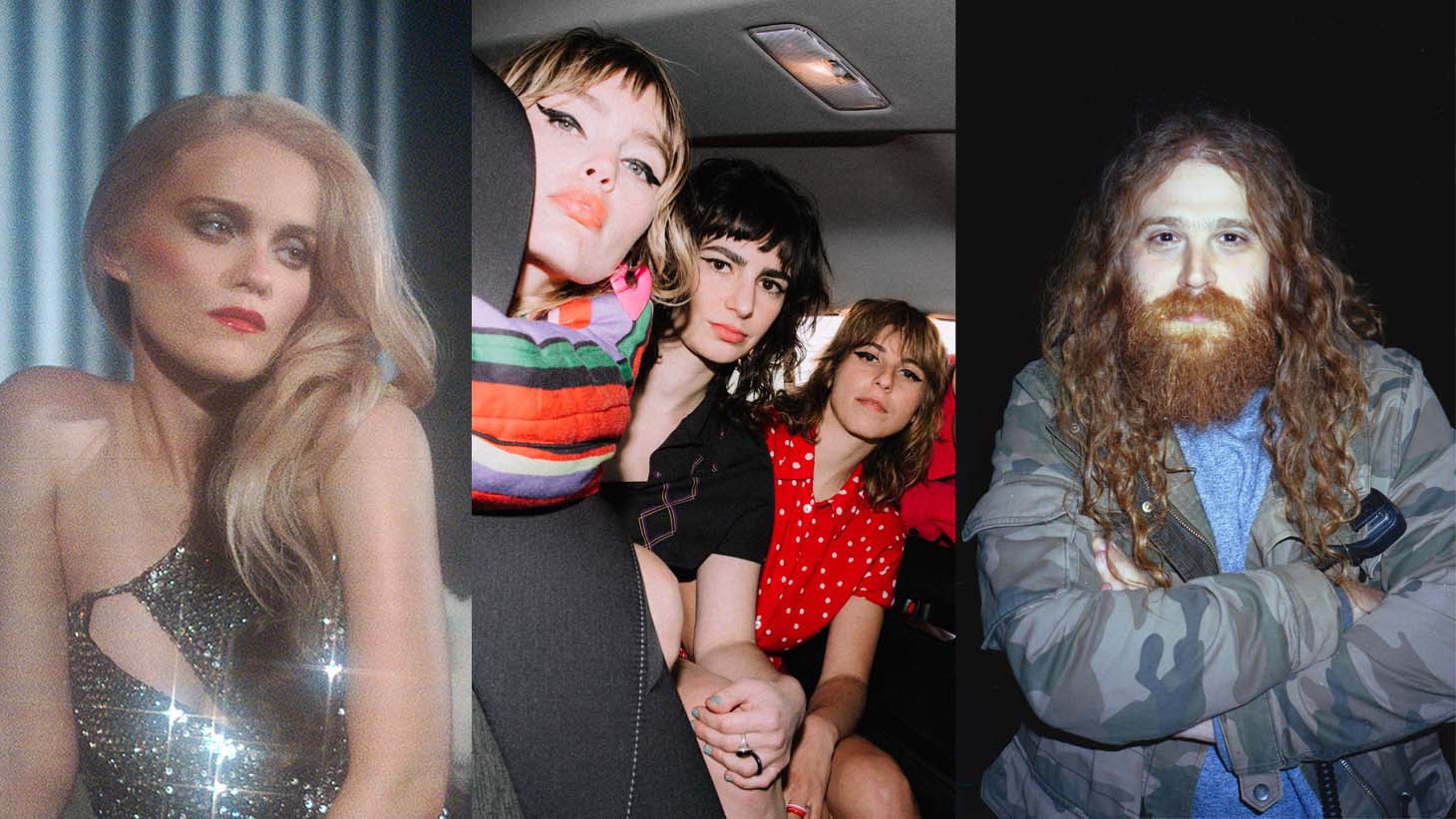 With Desert Daze, and Desert Daze alone on our minds, our team selects a few highlights from our favorite LA-bands who made the trek to perform at the cusp of September and October. If you want to see what we got up to out there, give us a follow @kcrw on Instagram.

Sky Ferreira – “Everything Is Embarrassing”

Soundcloud boo Sky Ferreira has been through it. The singer-songwriter, whose bedroom eyes and moody pop stylings first won over fans in 2013 with her debut album “Night Time, My Time,” has seen the release of her second album delayed several times, though “Masochism” is at last slated for this year. But stay strong. We’ve waited this long, what’s another month or two?

Vinyl Williams – “You Showed Me”

Listen to this track in headphones to see your everyday life through the glitter-fuzz filter. Described as neo-psychedelia, this echoey dreamscape cover of the Gene Clark and Roger McGuinn (The Byrds) classic by LA’s Vinyl Williams is part happy-hippy haze, part cinematic score, and all drenched in a deep, warm glow. This one is highly recommended as you puzzle your way through your malignant societal programming — and find nirvana, man.

JJUUJJUU (pronunciation unknown) is not so much a band — more of an idea. Grounded in an “ethos of ephemera and flux,” the shapeshifting musical project headed by Desert Daze founder and loop-master general Phil Pirrone counts a long list of vibe-heavy supporters and collaborators, including Les Claypool, Warpaint’s jennylee, Liars, and more. This brand new, deeply-layered track showcases the undulating, experimental sound you caught drifting across Lake Perris if you were still standing by the time JJUUJJUU brought Desert Daze 2022 to its resplendent conclusion.

Sensually lowkey and utterly nonchalant about its own edginess, this 2021 track from the solo project of Sextile frontman Brady Keehn deserves to be resurfaced as we shift from summer to October. Featuring haunting synth chords punctuated by a dancefloor-friendly BPM and Keehn’s self-assured, speak-sing vocal style, this track comes off like the chanting of a cult leader whose raison d'etre is to have his followers lose themselves to dance.

No matter how far we’re flung here on Planet Music, we return, time and time again, to the center: four instruments, a coupla voices, electricity for amps, and a space to jam in. The Paranoyds are a delightfully raw, locally grown indie rock band of such a persuasion. Their sound is easy to imagine in a garage or auditorium, all lo-fi and energized, rife for stompy-stomp dancing and singing along at the top of your lungs. Give a close listen to this lyrically thoughtful single from their new record “Talk Talk Talk” and revel in the cool-collage of the video while you’re at it.