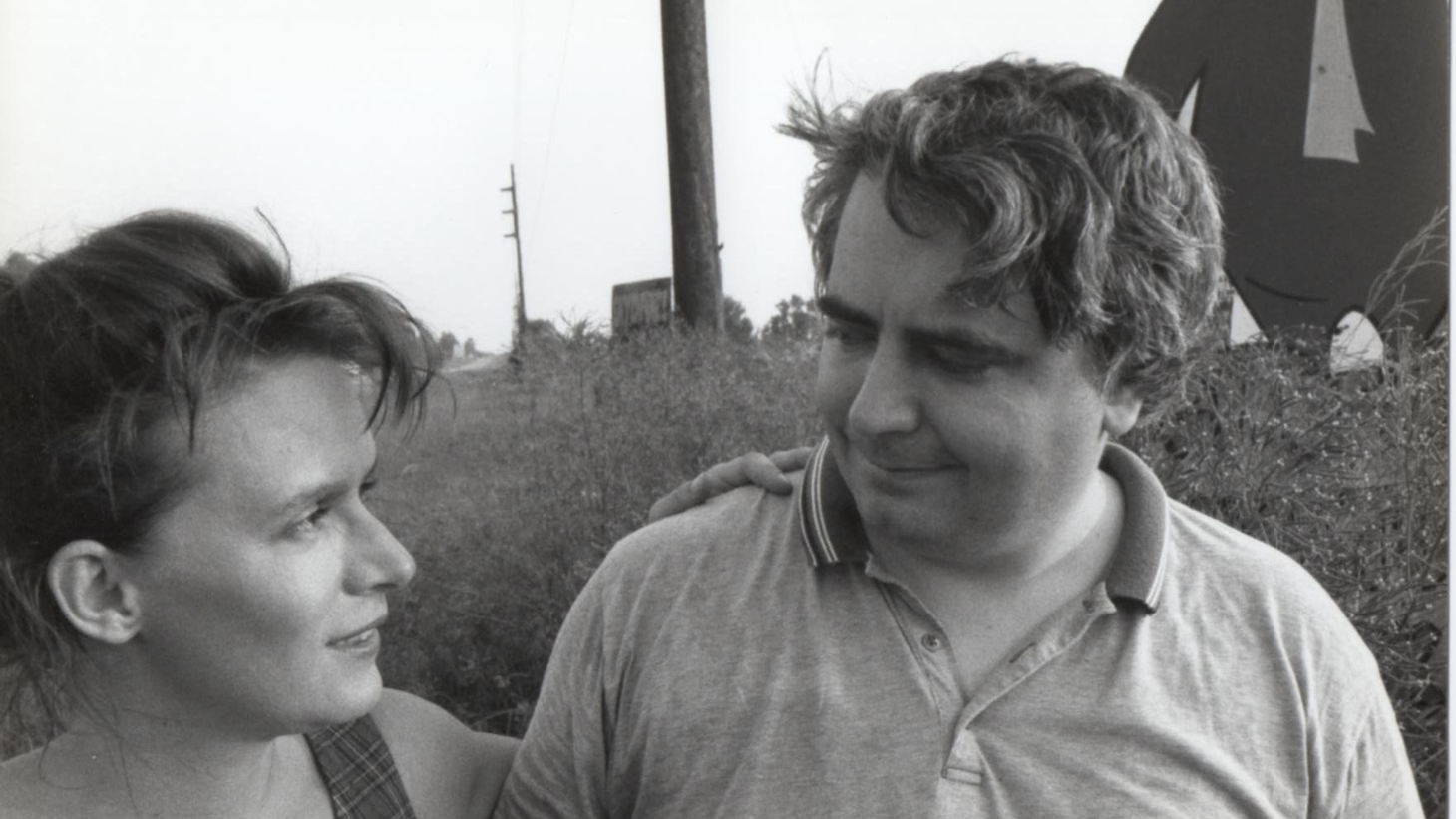 Musician and painter Kathy McCarty is describing a moment which may seem familiar to any songwriter blessed with the gift of interpretation.

“I got super-well-known for being the girl that sings Daniel Johnston songs — exactly what I didn't want,” she sighs. “And people didn't care about my songs. They wanted more Daniel Johnston. So at the time, [my label] was like, ‘Make another album of Daniel songs! He's only written about 3,000. You could do this forever’”

Johnston, meanwhile, was no one’s idea of a next big thing, let alone the cult “outsider” music icon and acclaimed documentary subject he would become. The Austin artist’s home-taped music was raw, primitive, and almost unbearably emotionally naked. Worse, his mental health challenges frequently dominated the narrative around his art, if not obscured it altogether. McCarty’s intention was to force a fresh appreciation of Johnston’s songwriting on its own terms.

“[Daniel] was in the mental hospital, and he was not expected to ever get out,” remembers McCarty, who first met Johnston when he came to a Glass Eye show and gave her a tape of his self-released album “Hi, How Are You.” Despite being blown away — “I just knew he was a genius,” McCarty recalls of her first listen — “I didn't think he would ever be well-known outside of Austin because of his mental health.

“I had played some of Daniel's original cassette recordings for my mother, who I was very close to. And she said, ‘What is this horrible noise? Why do you like it?’ And I thought, ‘I need to record his songs in a way that my mother will be able to hear what I hear when I listen to his work.’ So the major focus was to make a record of his songs that people could get easily.”

By any measure, that effort was a success. Entertainment Weekly said McCarty “[unearthed] veins of compassion and sadness not heard on the originals.” SPIN called it “gorgeous, throat lump-inducing music.” And famed music writer Michael Azerrad, author of “Our Band Could Be Your Life,” proclaimed, “You can gift that record to anyone and they’ll fall in love with it.”

If Kurt Cobain thrust Johnston into alt-consciousness by famously sporting a “Hi, How Are You” T-shirt to the 1992 VMAs, the modern-day view of Johnston as a bona fide musical genius dates back to “Dead Dog’s Eyeball.” It’s a profound act of creative generosity for a friend in need, but it’s also damn entertaining, a wildly kaleidoscopic feat of arranging and interpretation by McCarty and her producer, fellow Glass Eye alum Brian Beattie.

Little did she know, though, that Johnston was about to unveil a major-label deal with Atlantic Records.

“When my release date was set and my tour was set up, I found out that Daniel was releasing his album the same day. And I was a little bit like, ‘Now nobody will pay any attention to mine, and the whole reason for doing it doesn’t even exist anymore,’” McCarty recalls. “It was OK, though, because people tended to review them together.”

Two decades on, McCarty was preparing a deluxe vinyl reissue of the album when COVID-19 brought domestic vinyl pressing to a crawl.

“I managed to get the rights back [from Bar/None Records], which was incredible, so I did a Kickstarter,” she says. “Then I got in line to be pressed right when everyone else [did], and I had to wait 18 months. I [finally] released it about two weeks ago.”

That long-delayed reissue is ostensibly the driving factor behind McCarty’s rare appearance in town on Sunday, Aug. 28, at the Wild Honey Backyard in Eagle Rock. 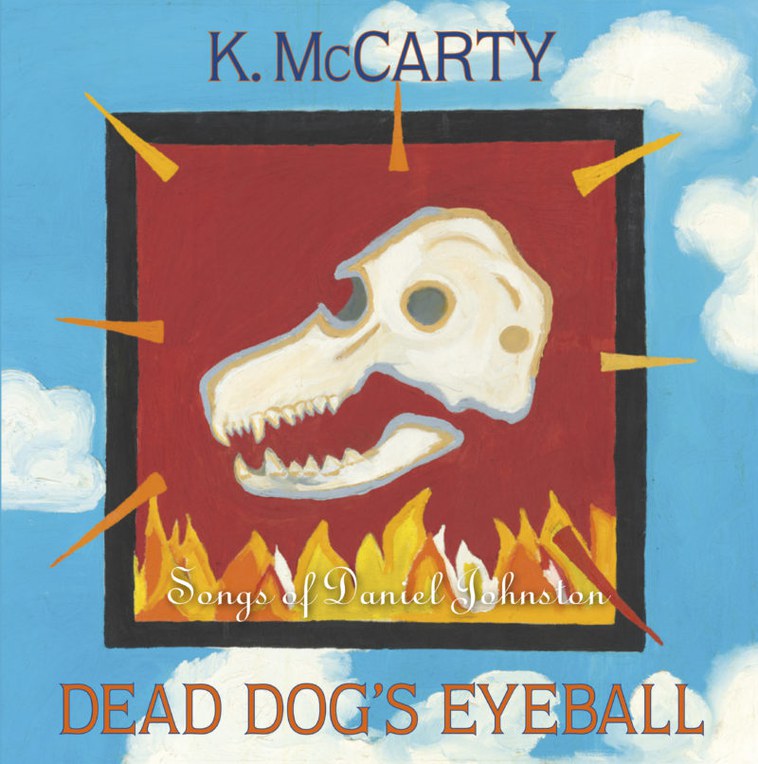 McCarty is a staunch supporter of the Backyard’s parent organization, the Wild Honey Foundation. LA music stalwart Paul Rock co-founded Wild Honey in earnest back in 1993. (Previously, he had been the West Coast promoter for McCarty’s old label, Bar/None Records.) The Foundation currently supports the work of the Autism Think Tank, in tribute to Rock’s nonverbal teenage son, Jacob, whom McCarty notes is “brilliant.” Rock says that Jacob’s participation in the Autism Think Tank has inspired and enabled him to communicate directly with the outside world via texting.

In addition to the more intimate backyard shows, Rock is responsible for organizing Wild Honey’s massive annual tribute concerts, which have become a staple at Glendale’s Alex Theatre since 2015. Each year, his all-star cast of indie luminaries pays tribute to artists including Big Star, Buffalo Springfield, the Kinks, and (most recently) the Lovin’ Spoonful. In February 2020, McCarty flew out to sing the Spoonful’s 1970 single, “Youngest Generation” – an experience which, she says, “made my year.”

This time around, McCarty is looking forward to the Backyard show as an opportunity to showcase – at last – some of her own material. After nearly two decades, she happily reports, she has a brand-new solo album in the can.

“[A few years ago] I experienced a very strange phenomenon. I had always been a songwriter that wrote one song every six months or something. All of a sudden, I was writing a song every single day. It was just pouring out,” she says. “Then I wrote an entire book, and then I painted an entire art show. I became this creative volcano at the age of 58, which is not what you're expecting. So I’ve named my new record ‘Apotheosis’ … which means a big change, essentially, since that’s what happened to me.”

With a salesperson’s flair, McCarty notes that she has to sell out this run of Daniel Johnston LPs in order to make “Apotheosis” a reality.

“We’ve only made 1,000 copies, so I anticipate easily being able to sell them all, but I need to actually do it,” she says. “Then I’ll have the money to release my next record. That’ll get the ball rolling.”

Kathy McCarty performs at the Wild Honey Backyard in Eagle Rock with I SEE HAWKS IN L.A. on Sunday, August 28. Show is at 4pm; doors at 3:30. Tickets are $20 GA / $40 food inclusive. Masks required. Tickets and info here.