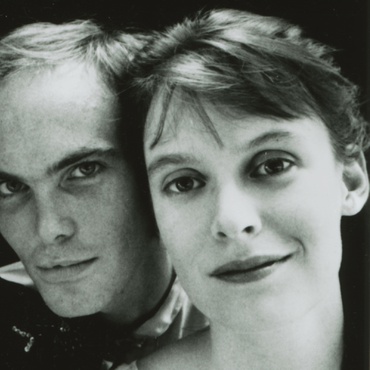 Kathy McCarty was the guitarist, singer, and co-songwriter of Austin, Texas’ Glass Eye, one of the most beloved bands of their scene. Known for their propulsive, obsessive, and discomfiting songs, they released four albums and two EPs before disbanding in 1993. McCarty is perhaps best known for 1995's “Dead Dog’s Eyeball,” an album of Daniel Johnston interpretations (as K. McCarty) that brought Johnston’s music to a wider audience. She released a second solo album, “Another Day in the Sun,” in 2005. The long holiday weekend calls for time to veg out. Known for their brilliant, jagged, and tightly-wound “avant-pop” albums, Austin’s Glass Eye takes Deirdre through their LP “Bent By Nature,” plus a command performance of “Dimsey Naish.”

Nov. 25 from Bent by Nature