Hey Hey Hey! Howdy KCRW friends...it's that super weird magical time of the year when literally everything seems to go into overdrive as suddenly there's lights and music blaring everywhere and endless holiday parties and gifts and regrets and lights, SO MANY LIGHTS!

But...that also means it's the super weird magical time of END OF YEAR LISTS and even better SURPRISE RELEASES that totally confuse the END OF YEAR LIST process! But it's also super fun and awesome because outside of being able to recap all the music that affected you and your friends - there's suddenly really great new stuff to help usher in the new year!

As we recap this past week's Top 20, it's easy to see that the SUPRISE RELEASES are coming on strong, and artists that have made an impact at the station are holding steady. Automatic's droll update on the post-punk proto-riot grrl sounds of Delta 5 and Kleenex has been a mainstay for months now and shows absolutely no signs of stopping. Automatic know exactly what they're doing. Low slung bass grooves, dubby reverb and synth stabs are literally undeniable.

Stealthily, DJ Shadow has dropped a moody year-end double album (in case you're looking for a gift for your estranged great-aunt who is kinda goth and skateboards to family gatherings). Making waves at the station is his collaboration with Future Islands' Sam Herring, which is a dizzying slab of shimmering disco. Like "Get Lucky," but with a sneer.

FKA Twigs has returned with a powerhouse of an album that is sure to solidify her identity as a bona-fide star. MAGDALENE is a dark, sensual unhinged evolution reminiscent of when Bjork's Homogenic came out and sideswiped any preconceptions of what the artist could/would do.

And God Bless Him, Alan Palomo aka Neon Indian has come out with a new track (and VIDEO! PLEASE SEE THE VIDEO!) called "Toyota Man," and it's part Sabado Gigante sketch, part History of Mexican Migrant Work in America and part indictment of our Modern Political...uh Situation. Not necessarily easy listening, but powerful and meaningful and a clarion call for more ART that reflects our world.

Speaking of which, Beck, Frank Ocean, Brittany Howard and Michael Kiwanuka all feature on this week's list with really great heartfelt cuts that come from sincere soulful places and we should ALL be super grateful for them.

Have a great week and holiday season! Don't burn your chestnuts or Tofurkey and if Kelly from Accounting isn't feeling your vibe, take a hint and just walk away dude. Take care buds! See ya next time! 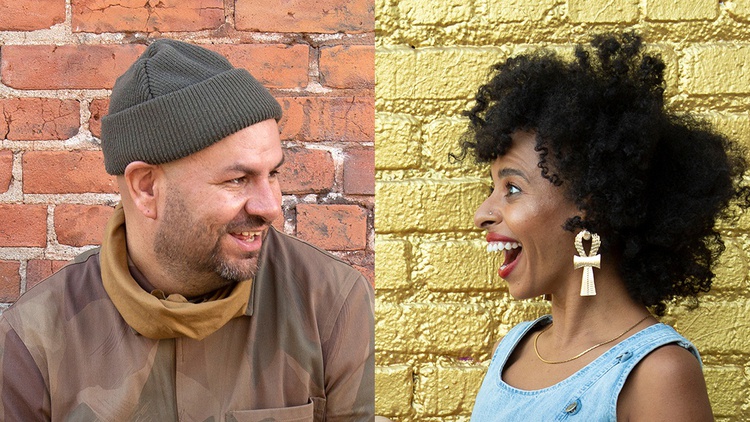 MBE Dec. 3: Get warmed up for the weekend Morning Becomes Eclectic Dec 3

MBE Dec. 3: Get warmed up for the weekend Morning Becomes Eclectic