It takes some real bravado to name your musical project an ‘Institute’ of anything. And it takes even more boldness to brand it with a country’s entire identity. Mexican Institute of Sound is quite a name to live up to… that is of course, if you don’t have the insight and vision to back it up as Camilo Lara has done.

Lara’s project, Mexican Institute of Sound, has unfailingly delivered by consistently putting out phenomenal records that continually embody the past, present, and future of Mexican musical identity. His unique samples steeped in obscure cumbia melodies, combined with his affinity for thumpin’ 808s, and an ability to inject a unique Mexican sense of humor, which often blurs the lines of self-reflection and mockery, have made MIS a true stand out in the electronic genre.

His credits alone include: co-owner of the record label Casete; go-to collaborator and producer with musical acts across the globe; front-man of the Spanish Morrissey tribute supergroup Mexrrissey; and music consultant on a myriad of films like Pixar’s “Coco.” But it’s Lara’s solo project, Mexican Institute of Sound, that has solidified him as a national treasure for Mexico.

Today, we have the great pleasure of premiering his latest single, “Dios,” off his forthcoming album “Distrito Federal.”  “Dios,” which translates to God, begins slightly off-kilter with an 8-bit dissonance, as many of his catchy songs do. But then it immediately ingratiates you with a great driving cumbia melody. The lyrics complete this entry into the MIS universe by name checking things uniquely Mexican and subverting them in their usage. Add in collaborators Sergio Mendoza (Orkesta Mendoza, Calexico) and Money Mark (Beastie Boys) on the track and you have yourself quite a fun tune and a peek into what might be in store on the upcoming Mexican Institute of Sound album.

“Distrito Federal” will be released in October of this year and is another installment of Lara’s love letters to the place he and more than 8.8 million people inhabit: Mexico City. The music video, however, was shot in Tokyo, which has a lot of similarities to Mexico City as far as huge metropolises go. 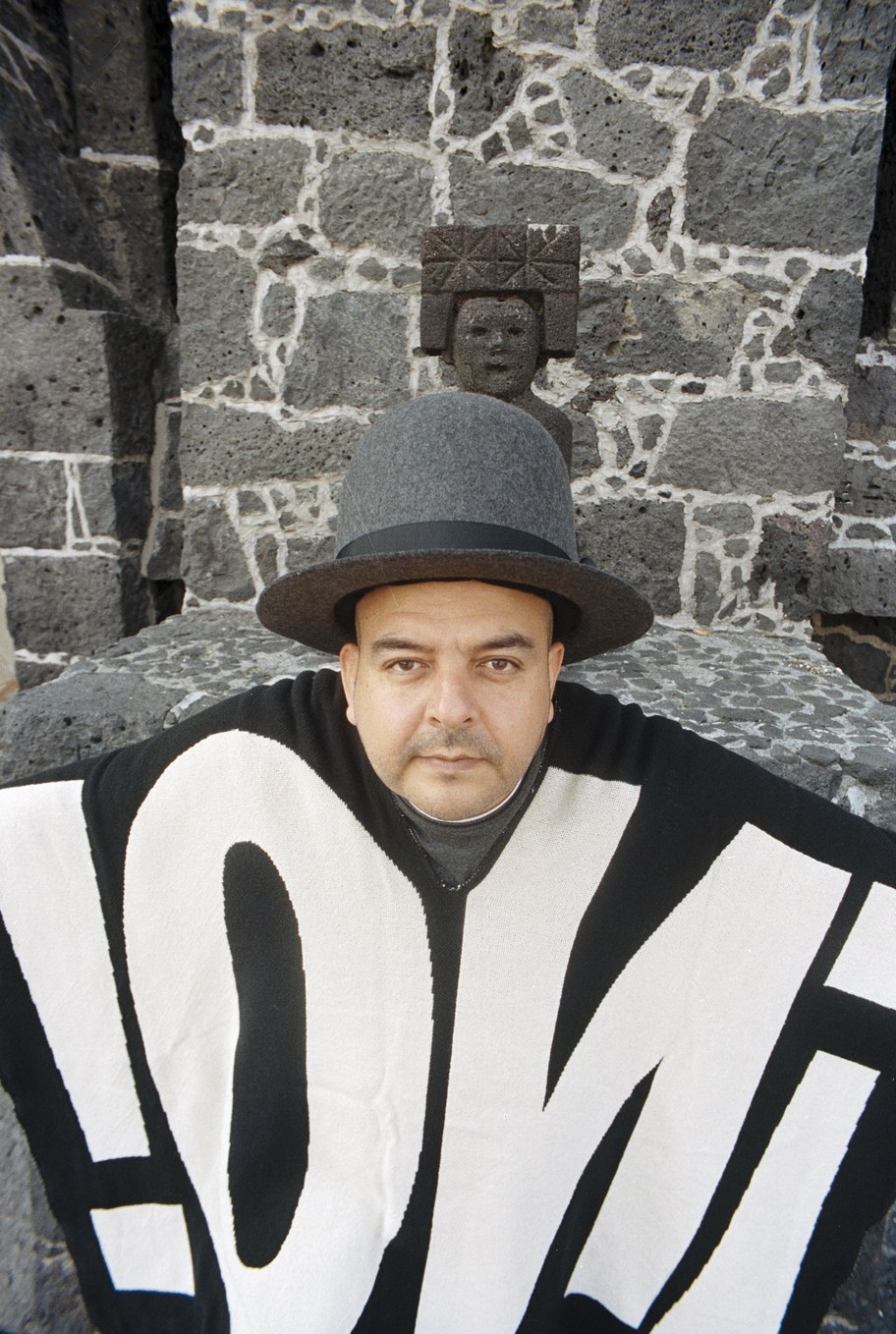